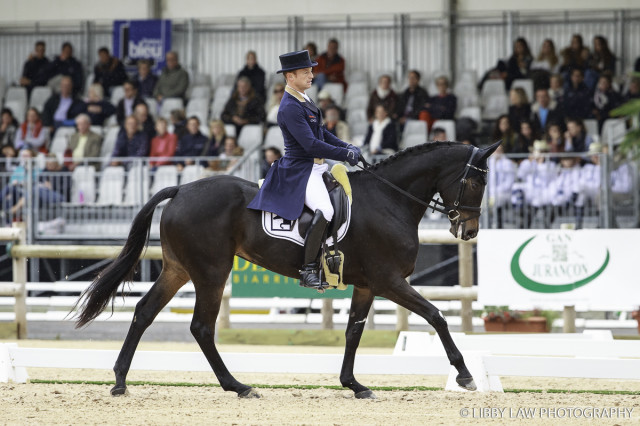 It’s a busy weekend around the Eventing Nation, with Les Etoiles de Pau CCI4* in France running concurrently with the Dutta Corp Fair Hill International in the U.S. No surprises at Pau so far: Michael Jung and double Rolex champion fischerRocana FST are leading after the first day of dressage on 43.8.

Ze Terminator had a nerve-racking moment yesterday when Rocana was held at the first horse inspection, but she passed upon re-presentation. Their score of 43.8 is quite a bit higher than Rocana’s four-star average of 37.1 from seven total CCI4* appearances, according to EquiRatings, but that still has them enjoying the overnight lead.

Team GB are holding the next two slots on the leaderboard, with Laura Collett and Pamero 4 in second on 45.9 and Kirsty Johnson and Opposition Detective in third on 46.7. Boyd Martin, our sole American competing at Pau, and Lucy Boynton Lie’s Crackerjack delivered a personal best of 47.7 to sit in fourth place. 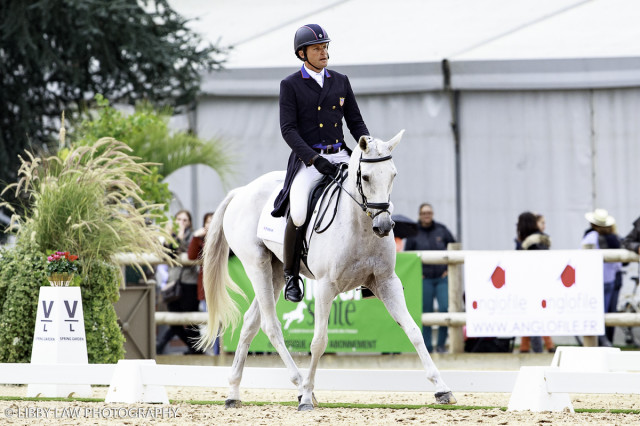 “He went like a dream. I managed to get through the test without a bobble, which is the first time I’ve been able to do that on him. He’s always had three lovely paces,” Boyd said.

“I got here on Monday and had to jump and gallop on Tuesday, so I didn’t have much time to work on the dressage. I had about one and half days on the flat to get him going. The credit goes to Mike Pendleton, who has been riding him in France; the horse felt great when I arrived. I’ve made the mistake in the past of overworking him and making him a bit sour, but today he was fresh and happy.” 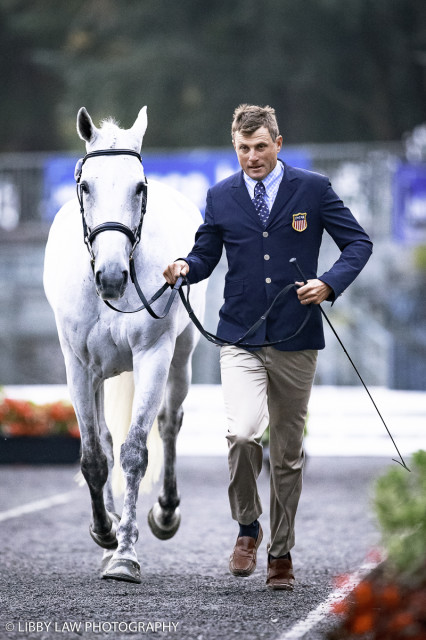 Boyd has one more ride still to come tomorrow in Craig and Gloria Callen’s Welcome Shadow, who is contesting her first four-star. “She’s going great guns, and I think she could put in a super test,” Boyd said. “She’s green, but you wouldn’t find a horse that tries more than Shadow. Her heart and determination will overshadow her greenness.”

While there’s a small U.S. crew at Pau this year, Boyd said they are all really enjoying the event and the south of France. Indeed, if you’ve never been to Pau, it’s definitely an event to add to your bucket list. Lucy Boyton Lie and Gloria Callen both made the trip, as did Silva and Nox Martin. We also have to send a special shoutout to Silva, who is celebrating her birthday today! 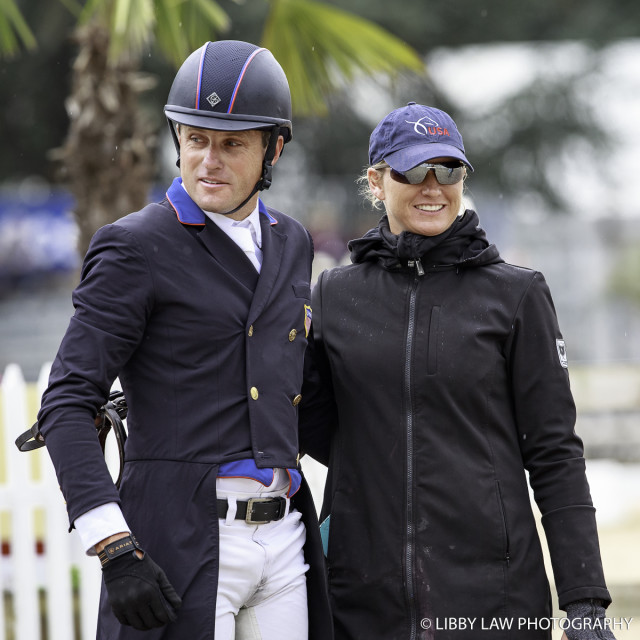 While dressage is not being shown live on FEI TV, you can watch cross country on Saturday at 7:50 a.m. EST at this link, as well as show jumping on Sunday. As for the course, Boyd said it’s a typical Pierre Michelet track, twisty and sporting tricky combinations, including that infamous fish from the 2014 World Equestrian Games in the first water complex.

“Last year the word was the time was a bit easy and the course was a bit soft, so (Pierre has) apparently beefed it up considerably,” Boyd said. “I’m on two very good jumpers, and I’ve come over here to have a real crack at it. We’ll see how it all unfolds.” 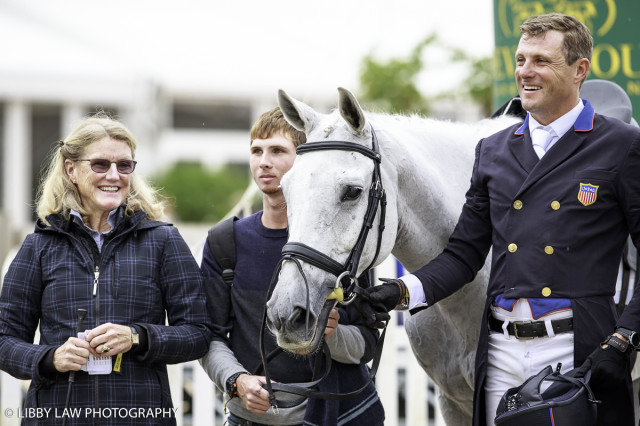 We’re sending Boyd and the whole U.S. crew lots of love and good luck wishes as they represent Team USA at Pau. We’ll be posting reports all weekend on EN, plus behind-the-scenes photos on Instagram courtesy of Gloria Callen and images from Libby Law Photography. Keep it locked on EN for everything you need to know. Go Eventing. 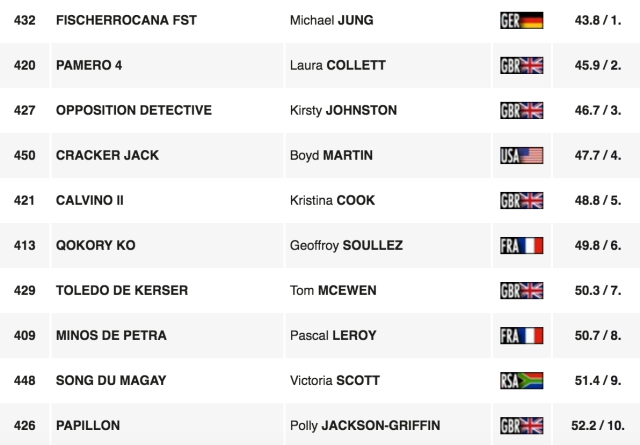