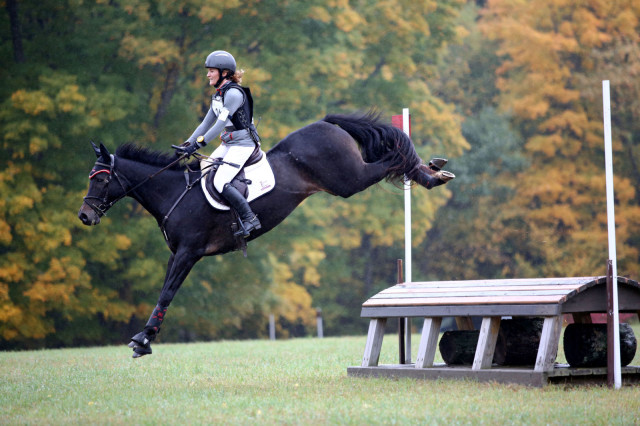 This past weekend Area I ended the 2016 eventing season with not one but two sanctioned events. The Course Brook Farm Fall Horse Trials in Sherborn, Massachusetts took place on Saturday, Oct. 8, while the Kent School Fall Horse Trials were held on Sunday the 9th in Kent, Connecticut. Both events offered Preliminary/Training through Beginner Novice levels, and Kent School additionally offered an Intro level.

For some riders, the last events of the season are a time to go out with a bang and cap off a successful season. For others, it’s a time for redemption and a chance to finish strong and make a comeback before going back to the grindstone over the winter. Still for a few — including this author — it’s a time to step up to a new level after a season of growth and see what you and your horse can do.

Whatever your reason for riding and your hope for your season-ender, it’s an exhilarating feeling to wake up on a crisp mid-October morning and trailer a cooler-laden horse out to the final chance of the season. 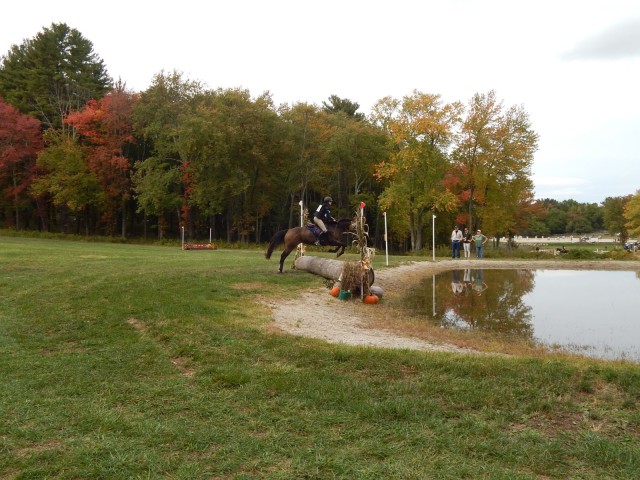 Course Brook Farm saw a pleasant if cloudy day and managed to just beat out the incoming rain. Just a few drops fell in the afternoon while the Beginner Novice divisions were running cross country, but competitors otherwise stayed thankfully dry. The event was well attended with just over 120 competitors and the Novice and Beginner Novice divisions were particularly well-contested.

In addition to the regular divisions and TIP awards, Course Brook Farm also has a special Pony Club award which is sponsored by six Course Brook families who are in Pony Club. This year’s winner was Penelope Geisel of the Norfolk Hunt Pony Club.

“This was our 7th year running the event at Course Brook Farm and it just gets better every year,” said Erika Hendricks, who, along with Nici Hornblower, organizes the event every year. “We have a fantastic team of volunteers, including many boarders who spend weeks helping us paint jumps and decorate the property.” 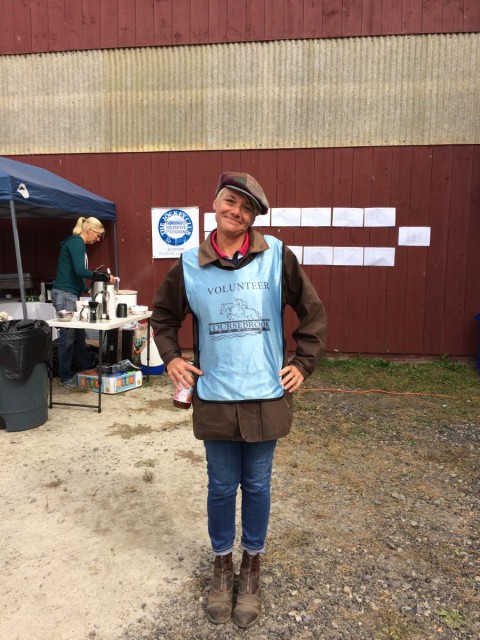 “None of this would happen without the support of the farm’s owners, the Mayo family. It is their vision and investment in improved footing and expansion of cross country space that will make running a Preliminary division possible in the near future. We couldn’t be more thrilled with how the event went this year.”

The Mayo family have been busy this year with construction at the farm expanding galloping tracks through the woods and adding new jumps. They aim to unveil a full Preliminary track in time for their October 2017 horse trials. 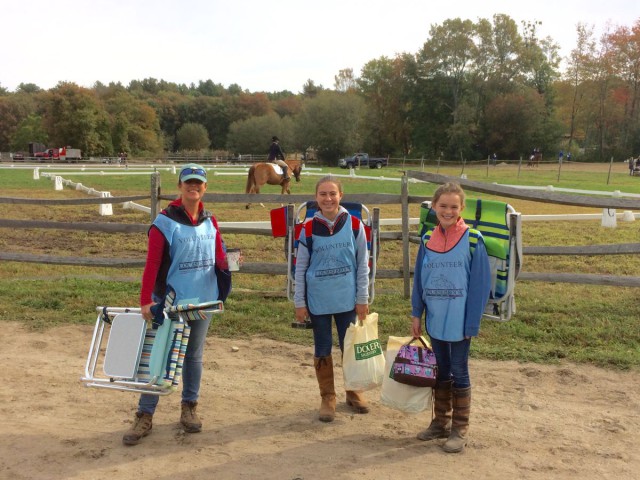 The Kent School Fall Horse Trials the next day was less fortunate in escaping the impending bad weather. 106 riders toughed out a wet, cold, and windy day to finish their season out. In true eventer fashion, however, a little bad weather didn’t get in the way of everyone making the best of things, nor did it dampen the level of excitement piqued by the addition of new fences at each level sponsored by Kent School and Michael and Lizzy Chamberlain.

“The event was such a great success in spite of hurricane Matthew sending us the tail end of his fury in the form of heavy mist and light rain throughout the day,” said event organizer Ray Denis. “The good news is that just as we were wrapping things up, Mr. Sunshine broke through the cloud cover and shinned brightly.” 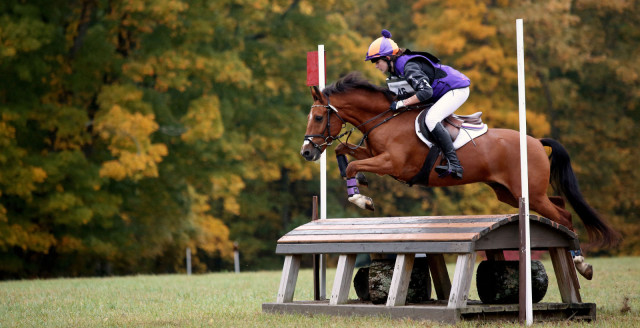 “Competitors were judged not only on the merit of their riding ability, but also on their high level of good sport spirit and determination not to be driven off by the weather,” said Ray.

One notable instance of a weather-related problem occurred during Pamela Lyon’s stadium round when a gust of wind blew the jump number right in front of the in-and-out during their approach, causing her horse, “Mars,” to run out. Pamela received the Safe Sport – Good Sport Award which is presented to the participant, rider, groom, trainer, volunteer or spectator that exemplifies good sportsmanship for her grace in handling her unfortunate situation. Well done, Pamela! 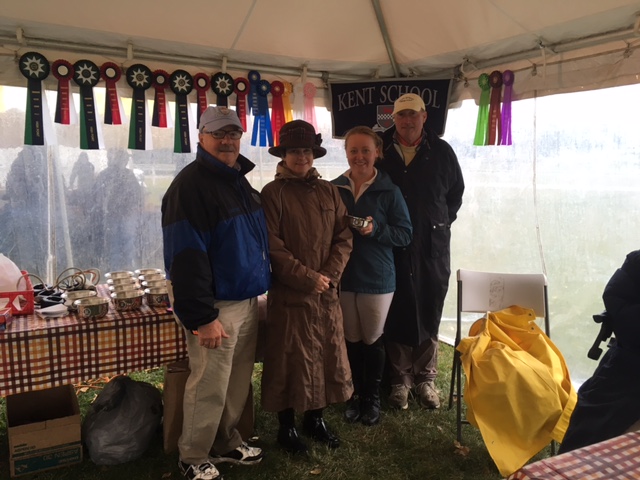 USEA CEO, Rob Burk, was also in attendance as a volunteer, performing dressage scribe duties as well as clocking cross country start and finish times. “Rob was an awesome guest to have involved,” said Ray.

The Kent School Horse Trials have a strong volunteer base as well. Fence judging was covered by members of the New York Upper Connecticut Region Pony Club, while the Kent School Equestrian Team took care of the dressage and stadium jumping phases. 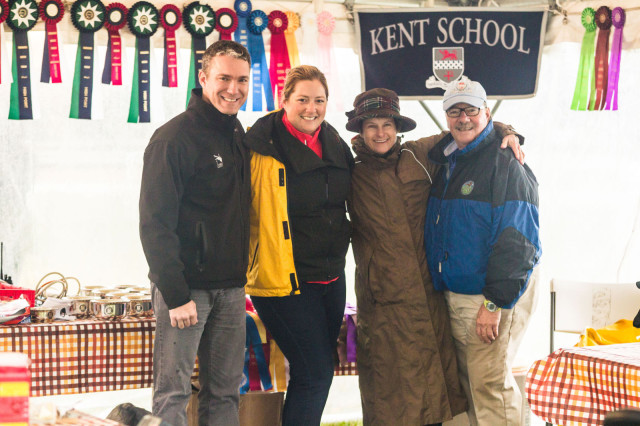 Now that the official USEA season is over in Area I, eventers in the region will take a breath and enjoy the remainder of the fall, hacking out amidst the colorful foliage or perhaps enjoying a few more schooling events before hunkering down for winter. Some will look forward to migrating south to jump start their 2017 seasons while more will relegate themselves to dusty indoor arenas.

No matter how the fall and winter will be spent, you can bet Area Iers will be chomping at the bit for April to come and to do it all over again in 2017.

Special thanks to Brian Wilcox of Connecticutphoto.com for sharing some great images from Kent School Horse Trials!