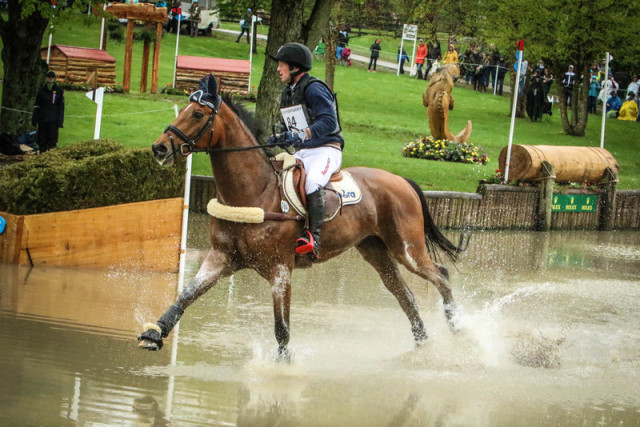 Breaking news, EN! We’ve just received word from a special source all the way in Germany that a certain German will be loading a certain German horse onto a plane in a few weeks’ time and heading to the Land Rover Kentucky Three-Day Event. If you guessed Michael Jung, you’d be correct. Nevermind that a shutdown of FEI events has all but stalled competitions all throughout Europe this spring. Nevermind that he retired his legendary champion, La Biosthetique Sam, in 2018. And never mind that he’s already got two Kentucky wins under his belt — he’s coming back for more, and he’s bringing Sam, now 21 years young, with him.

Though the winters in Germany aren’t exactly tropical, La Biosthetique Sam, like the eventing king he is, knows how to keep a certain level of fitness. Michael is never one to underprepare his horses, so you can trust that Sam likely has lost little fitness in his “retirement.” As shown below, he and fischerRocana tend to keep up their own trot sets — rain, shine or snow.

Preparations for a five-star begin well in advance, aiming to peak both horse and rider fitness at precisely the right time. The stalwart campaigner Sam also understands the importance of recovery, as exemplified here: 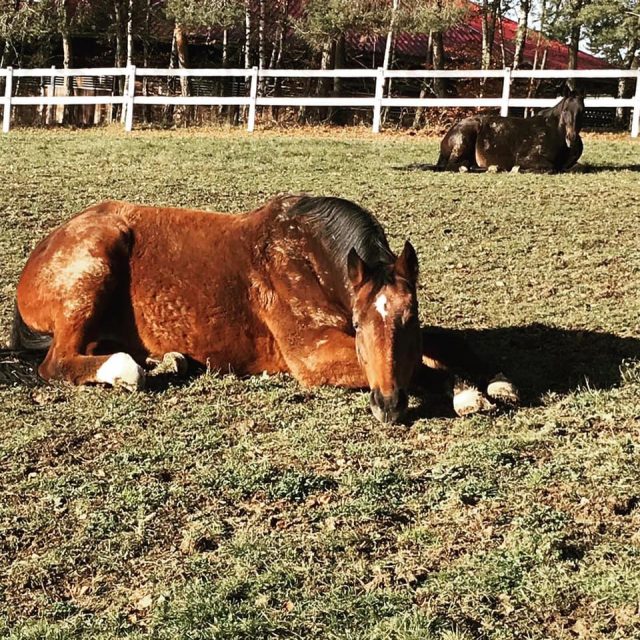 Michael didn’t respond to request for comment — though we’re certain if he had, he would have told us that he has a “very good feeling” regarding his upcoming trip to Kentucky and that he’s packed both of his Rolex watches as good luck charms.