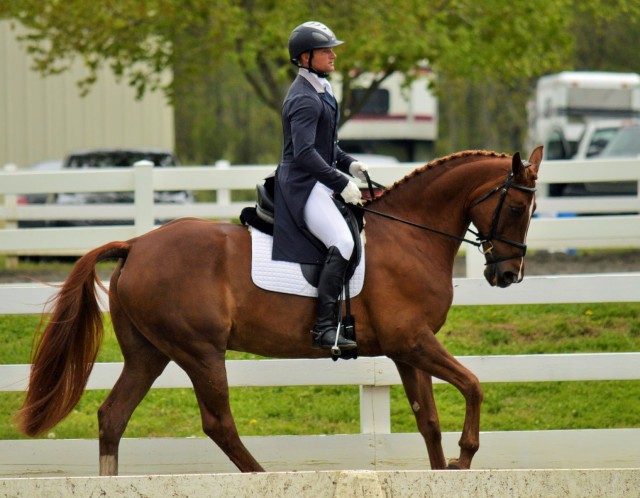 Michael Pollard and Ballingowan Pizazz have certainly built a reputation for laying down some phenomenal dressage tests, and today was no different as the pair put in a 41.6 to take a hold of the lead from Buck Davidson and Copper Beech. Mango positively floated through the movements during his test, and Michael was thrilled with his performance and his position going into cross country on Saturday. This is Mango’s first attempt at the CCI3* level, as he has been the victim of unfortunate luck in the past and has become a seasoned Advanced campaigner in the meantime. Michael is looking forward to cross country as a test of Mango’s fitness but feels he has built the horse up well coming into the weekend. Be sure to check out the video below for Michael’s thoughts on today. 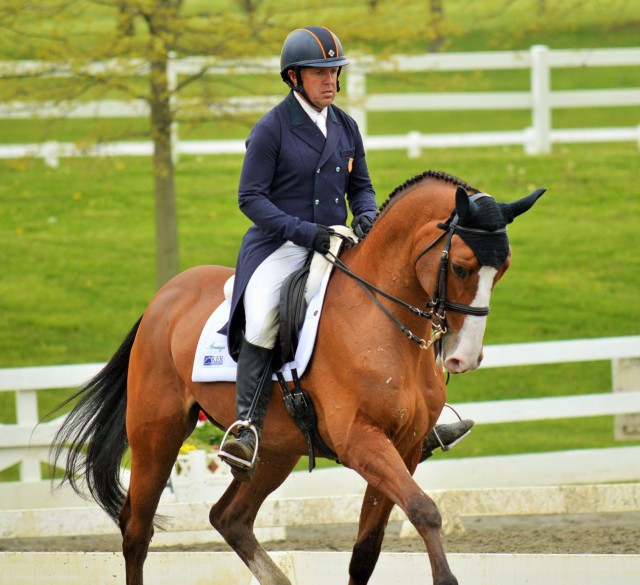 Buck Davidson deserves a standing ovation for not only wrangling four horses around the sandbox today but also for bringing them all home inside the top 8. His last ride of the day, Petite Flower, earned a 49.0 to slide into 8th place going into cross country. Buck rode each horse to the best of its talents, and while Mar de Amor showed the most tension out of the four, all of his rides really showed off their strength in this phase. Buck said that he thought perhaps Dinero got his tongue over the bit prior to the test, so that was likely the reason behind some uncharacteristic tension in his test. 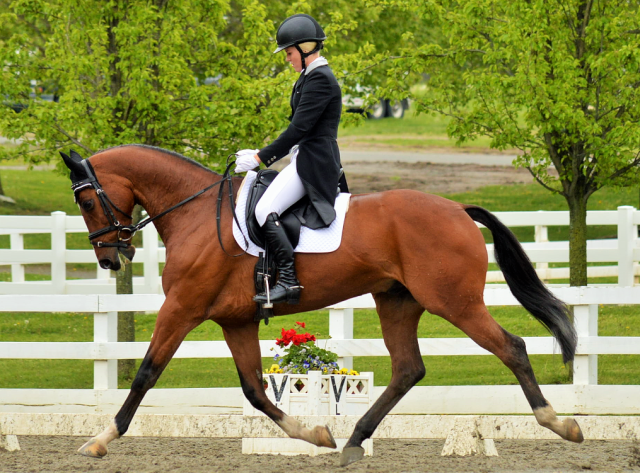 Mackenna Shea, one of the West Coast representatives riding this weekend, stepped up with a lovely test from Landioso, who scored a 45.4 to step into fourth place behind Courtney Cooper and Who’s A Star. Their score today beats their score of 46.7 last year, and I’d say Mackenna’s weekend is off to a rocking start after watching their effortless ride. 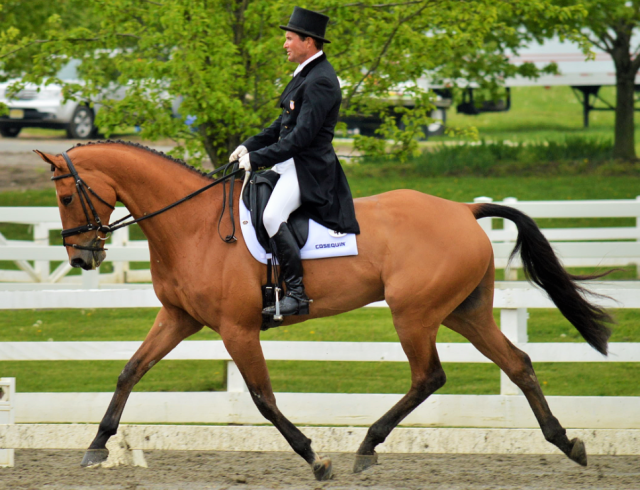 Phillip Dutton and Fernhill Fugitive displayed some of the best changes we saw today and overall put together a good looking test for a 47.4 and 6th place after dressage. Lizzie Snow also had a wonderful ride on Coal Creek, although their score likely suffered a bit from Coal Creek’s excitement to get up center line and get the test over with. 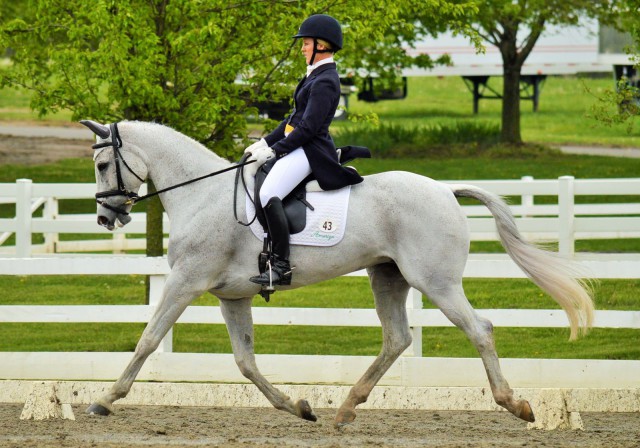 Allison Springer and Copycat Chloe were perhaps the most relaxed I’ve seen them this year. This pair is out for redemption after cutting their Rolex weekend a bit short. Chloe and Allison have worked exceptionally hard to really hone in on those dressage skills, and if anyone knows how to ride a tough horse, it’s definitely Allison. The pair earned a 54.2 to sit just outside of the top 10 in 11th place.

We’ve had just one withdrawal today: Darren Chiacchia and Amendment 15 withdrew and did not compete today.

Tomorrow, we’ve got the CIC divisions beginning competition, with Boyd and Otis Barbotiere kicking things off at 8:30 am. I spoke with Boyd briefly earlier, and he told me that he plans to ride the dressage and show jumping with Otis and have Phillip take Shamwari 4 around. Boyd is still trying to get his sea legs back and has been having a bit of discomfort jumping, so he thought it best to ease back into things this weekend.

I’ve got more videos and interviews coming your way, so refresh this post to see the latest. Stay tuned for much more!

Courtney Cooper Post-Dressage Interview (side note: I apologize for the fact that I am unable to keep my facts straight when referring to R Star’s competition plans this weekend!):