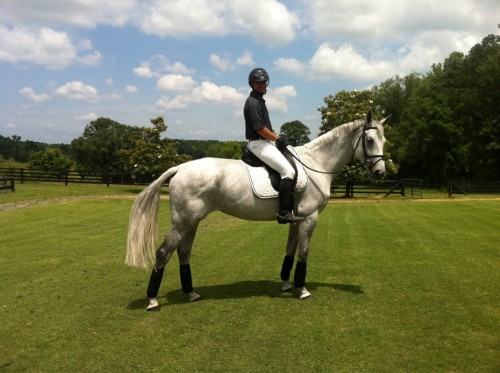 Many apologies to Michael Pollard, as I was arguing with the Wi-Fi while he was doing his test with Hanni so I missed it. However, the numbers say it all as Hanni leads the Intermediate division on a score of 26.8. I spoke with Michael briefly this afternoon and he told me that Hanni is among the most reliable in the dressage, and her score proves this to be true. Michael also had another ride in the Intermediate, Cheyenne Blue, who he said is still a work in progress as he works to get her to relax more. Coming out of the arena after their test, he said that this ride was a huge improvement. Cheyenne Blue is a wonderful mover and quite athletic. It should be a pleasure to watch this mare grow with Michael.

EN guest blogger Julie Wolfert put in a wonderful test on her own Buenos Aires, which puts them into sixth place on a 29.4. I did not have a chance to catch up with Julie today as she quickly transitioned from competitor to coach, but I hope to speak with her later this weekend. 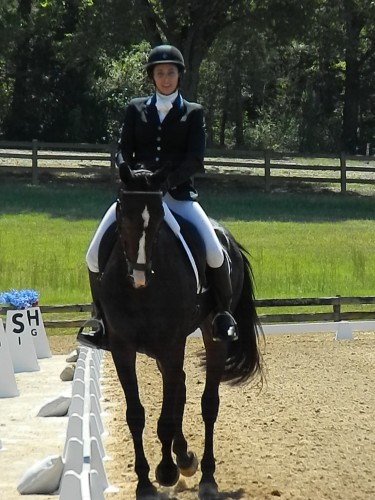 My Intermediate shout of the day goes to Frankie Theriot and Uphoria, who threw down a beautiful test to sit behind Michael and Hanni on a 27.6. Frankie and her connections all seemed thrilled with her ride today. These two have had a heck of a year at Intermediate this year, it’s exciting to think about Frankie moving this mare up to Advanced at some point.

You can find the full Intermediate standings after dressage here.