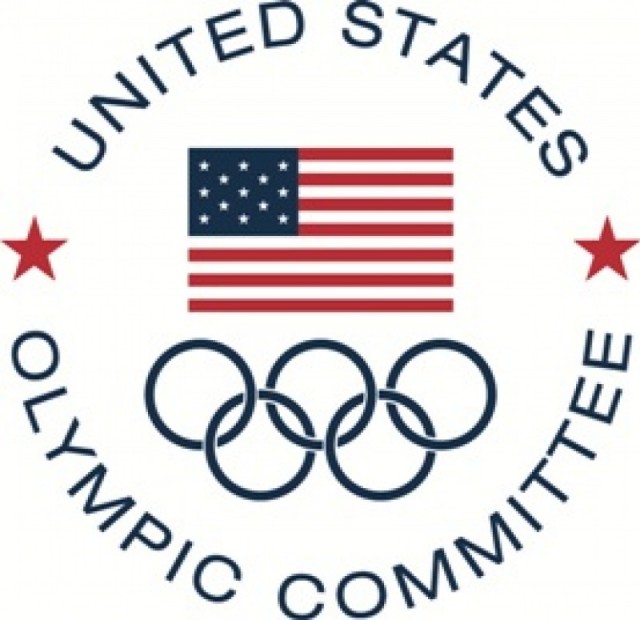 We here at EN have had no choice but to begin searching for Michael Pollard’s cloning technology, as the man seems to literally be in a million places at once. When he is not blazing around a CCI4* cross-country course, he fills the hours with curating Chatsworth Stud, putting in face time with many different committees and organizations within the USEA and beyond, and competing in CrossFit competitions, to just name a few. Michael was most recently sighted in Miami attending the United States Olympic Committee (USOC) Athletes’ Advisory Council meeting this past weekend.

The Athletes’ Advisory Council facilitates communication between the United States Olympic Committee and active athletes. The AAC consists of elected representatives from each Olympic sport, as well as Paralympic athletes. Each member serves a four-year term on the Council and attends meetings throughout the years between Games. Michael was elected from a list of potential council members last year, and his spot on the AAC also puts him on the USEF Eventing High Performance Board. He is honored to have the role as a Council member.

“After every meeting, I come away re-invigorated about the Olympic movement. It’s an incredible experience to be in the room with so many athletes. It’s really inspiring to hear other people’s stories.”

I asked Michael to elaborate a bit on how the AAC achieves its goal of keeping the lines of communication open between the USOC and the athletes. “Primarily what we try to do is understand what is happening with all USOC programs so that we can go back to our athletes and explain,” Michael said. There are also many valuable programs available through the USOC for eligible athletes Michael believes many members of the U.S. team don’t know about.

“At this meeting, I got a better understanding of Elite Athlete Health Insurance Program,” Michael said. “There is a lot that, as equestrian athletes, we don’t utilize as much — health insurance, for example. A lot basically goes unused, and even the ones who are using it don’t necessarily realize what possibilities there are. Now they have partner hospitals with some of the top hospitals in the world. Just being in the room and figuring out what other sports are doing and what the USOC has available has been helpful.”

Another instrumental part of attending the AAC meeting was the knowledge sharing that brought opinions and ideas from all of the Olympic sports into the same room. Michael touched on a few training methods that were utilized by other sports, such as sleeping at a higher altitude so that the body begins to more efficiently use oxygen. While this idea would be difficult to implement with equine athletes, there are many different concepts that Michael is anxious to mold into the equine training program.

“We get caught up in our own small little world, so it’s nice to get out and see what other opinions there are,” Michael said. “There are so many interesting training concepts that other sports have already figured out, and I’m always trying to figure out how to relate it back to horse physiology.” Additionally, Michael sees rider fitness as an integral part of the Olympic program.

“I would love to see more of a focus on rider fitness; this is somewhere where we could be leaders. Fitness tends to be an area where we are perceived to be least fit. Rider fitness would only take 45 minutes a day to be significantly more fit that many other athletes on the world stage. If you can take one thing and be significantly better,  then that gives you an advantage.”

Michael continues to be a champion of physical fitness and the benefits that it brings to one’s riding. However, he did acknowledge there are challenges imposed by the fact that our team members are scattered throughout the country. “I don’t think David (O’Connor) and the High Performance board is opposed to a stronger fitness program, but no one has articulated a good plan. People live in a lot of different places,” Michael said. “Maybe a one-week workshop for team members can be used to get away from the horses for a week and really focus on their own individual fitness. Ninety days can make a massive difference in your own personal fitness.”

The importance of cultivating a true team environment is also something Michael took away from the AAC meeting. Last year when the USEA Annual Meeting and Convention was held in Colorado Springs, Colo., a few riders visited one of the USOC training facilities. Michael wants to make sure that the importance of representing the U.S. on the Olympic Team creates an overall confidence for team members.

“If you can get people together at a USOC facility leading up to the Games, you’d feel like you’re part of something a little bit bigger. Start to think of yourself as a ‘real’ athlete rather than just an equestrian, and if only from sports psychology standpoint would be a big benefit.”

As a member of the AAC, Michael is a representative for our athletes, both human and equine, to the USOC. To that end, he wishes to remind all potential Elite Athletes that he is always available for questions or concerns with the Games rapidly approaching. There are also other resources available for anyone who may have questions.

“John Ruger (USOC Ombudsman) is available to be an advocate for athletes who may have any questions or grievances concerning the USOC,” Michael said. “From questions about what signage is allowed at the Games to a grievance over unfair treatment in the selection process, he is someone who can offer advice as an athlete advocate.” Michael encourages anyone who wishes to know more to contact himself or Joanie Morris.