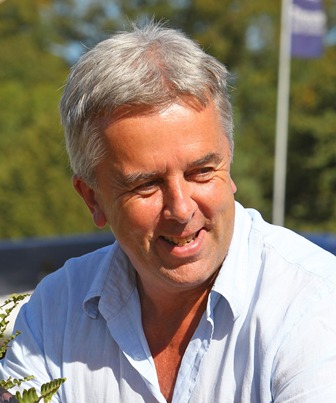 Mike Etherington-Smith announced today he will step down as chief executive of British Eventing, a position he’s held since 2009, to focus more on cross country course designing and consulting.

“It’s no secret that my first love is being out and about on cross-country courses, and I have been offered some more designing opportunities, including at the Adelaide four-star in Australia,” Mike said in a statement. “It was a really tough decision to leave BE, but I feel that now is a good time for someone else to take over the reins.”

In addition to his new role as designer at Adelaide, a position he’ll take over from Wayne Copping, Mike is also now the CIC3* designer at Plantation Field Horse Trials, and he is also currently working on the course for the inaugural CIC3* at Great Meadow, which will be held June 19-21, 2015.

It was also announced earlier this week that he will oversee Plantation Field’s new Course Designer Development Program in an effort to help mentor aspiring upper-level designers in the U.S.

Mike most notably designed the courses at the 2000 and 2008 Olympic Games, as well as the 2010 World Equestrian Games in Lexington. We’re excited to see which courses he’ll take on next — perhaps he’ll be spending even more time with us here in the States? — and wish Mike all the best in this new endeavor.