Missy Miller has recently returned from an extended stay in Europe training with some of the world’s best eventing and dressage riders. With a new wealth of knowledge and a promising string of young horses, she returns to the States eager to grow her business and share what she learned. 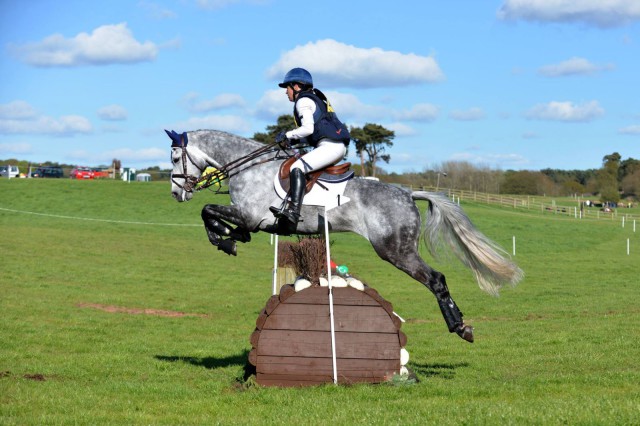 Missy Miller, originally hailing from the Alabama Gulf Coast, competed through the three-star level with her longtime partner TSF Amazing Grace before the mare suffered a career ending injury in the spring of 2011. Left horseless, Missy used that summer to work for William Fox-Pitt, gaining invaluable experience and inspiration for the future. After finishing her degree at Savannah College of Art and Design, Missy decided to take the plunge and return to Europe.

“I chose Germany because their system has proven time and time again to be widely successful at international competitions across all disciplines. The focus on dressage is what really drew me in,” Missy said.

She went to work for German team rider Dirk Schrade. His business specializes in buying and selling horses to the international market, so Missy had the opportunity to ride a large variety of horses all at different levels. The biggest difference she noticed between training in Germany versus the States is the focus and precision of training.

“Almost always everything I worked on was linked back to the basics, which was then related to the horse and what the body underneath me was doing and responding to. But there was also the aspect of letting horses be horses and understanding how their mind works. Each horse is made with a purpose and unique way of going; understanding that will give you the ability to work with all types to the best of their ability.”

After a lengthy stay at Dirk’s, Missy decided to immerse herself in the dressage world. She took a job working for Juergen and Christoph Koschel, both international dressage elites. “When I went to Koschel Dressage I was riding the same horses consistently, as they were focused solely on training, whereas at Dirk’s I rode everything that was for sale. Seeing both sides of the business mindset is what I hope to incorporate over here.” 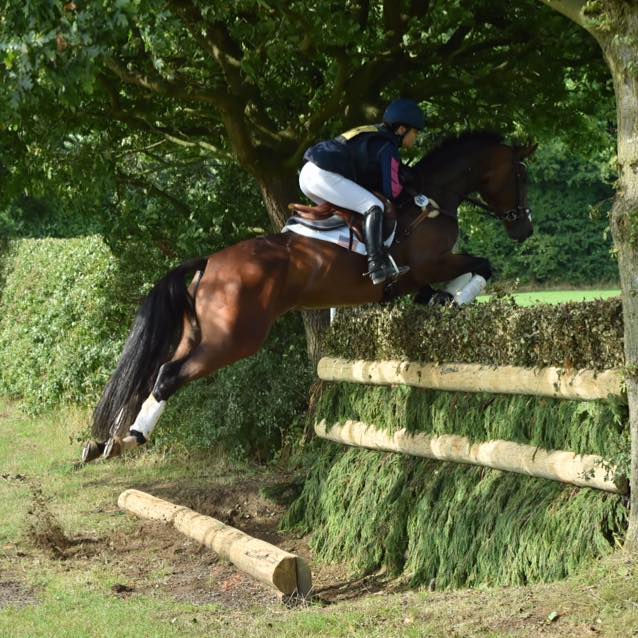 This past year, Missy moved to the United Kingdom to further her training. “Germany was amazing for the training but England has so many premiere competitions I wanted to experience that as well.” Basing herself with Bill Levett and later Clark and Jessica Montgomery, Missy spent an intense year eventing in the UK.

When asked what was the most important thing she learned in England, she says, “Let horses be horses! Also to ride in any weather. In all seriousness, the English eventing scene is always moving and there are so many competitions. You’re able to listen to your horse and always do what’s best for them because there is almost always another competition right down the road. There was never the feeling of having to push them for qualifications, so I saw how vital it is to save the horses for the bigger competitions.”

While in Europe, Missy began to rebuild her own string of competition horses. “My ‘herd’ is diverse and young. Andi, my oldest, is a 9-year-old German Sport Horse gelding. He was campaigned by Bodo Battenberg until he was 7. We are getting used to one another and will hopefully come out at a two-star later this year. Limited Edition, ‘Flitzy,’ was ridden by Sandra Auffarth at the Bundeschampionat as a 6-year-old old, having much success prior to me being lucky enough to get the ride. We successfully moved up to Intermediate this year, and will be looking to become more competitive this year. I also have several exciting youngsters. Quinn is a 5-year-old old Holsteiner gelding who’s switching over from showjumping. Noki is a 4-year-old Trakehner mare bred by Dr. Maren Engelhardt who is also learning the ropes of eventing.”

In addition to these, Missy also is legging up four of her own homebred youngsters.

Looking forward to 2016, Missy will winter in Ocala before moving up to Connecticut, where she has accepted the head trainer position at Town Hill Farm in Lakeville, which boasts a full cross country course, extensive stabling, indoor and outdoor rings, and miles of hacking and trails. Missy said she is excited to be basing her team out of Town Hill and growing her business there as well as immersing herself in everything Area I has to offer.

“I’m really excited about the opportunity to build a business with everything I’ve learned over the years. I also look forward to incorporating the sales and training knowledge I observed abroad. Having such an amazing facility with a supportive team has me very excited for the future.”