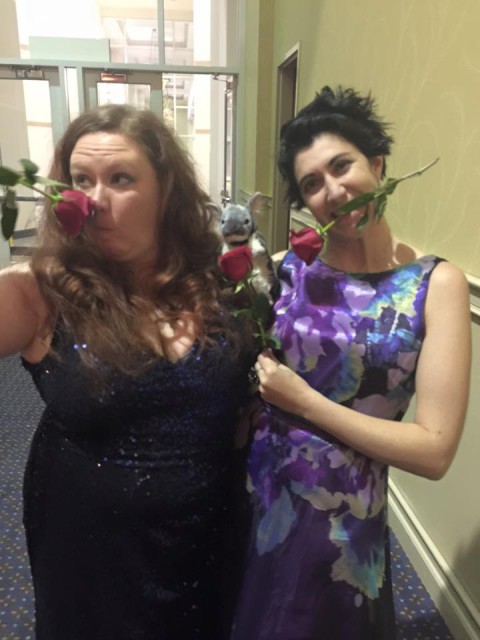 Getting a little wild at the USEF Pegasus Awards.

We’re having a bit too much fun at the USEF Convention. Last night was the Pegasus Awards dinner, where much wine was consumed at the media table and many awards were handed out to fabulous equestrians from a variety of disciplines. The highlight of the night was the honoring of Lana DuPont Wright with the 2015 USEF Lifetime Achievement Award. She was the trailblazer for every woman in eventing, being the first woman to compete at the Olympics on an eventing team. She has continued to be a major force in eventing by her efforts at Fair Hill International.

Deal on horse-drawn carriages in NYC may not be imminent

Judge finally gets it half-right in Hoskins horse ‘circus’

American Pharaoh should be unanimous Horse of the Year

Saturday Video: Lana duPont Wright is featured in this video from 2012.