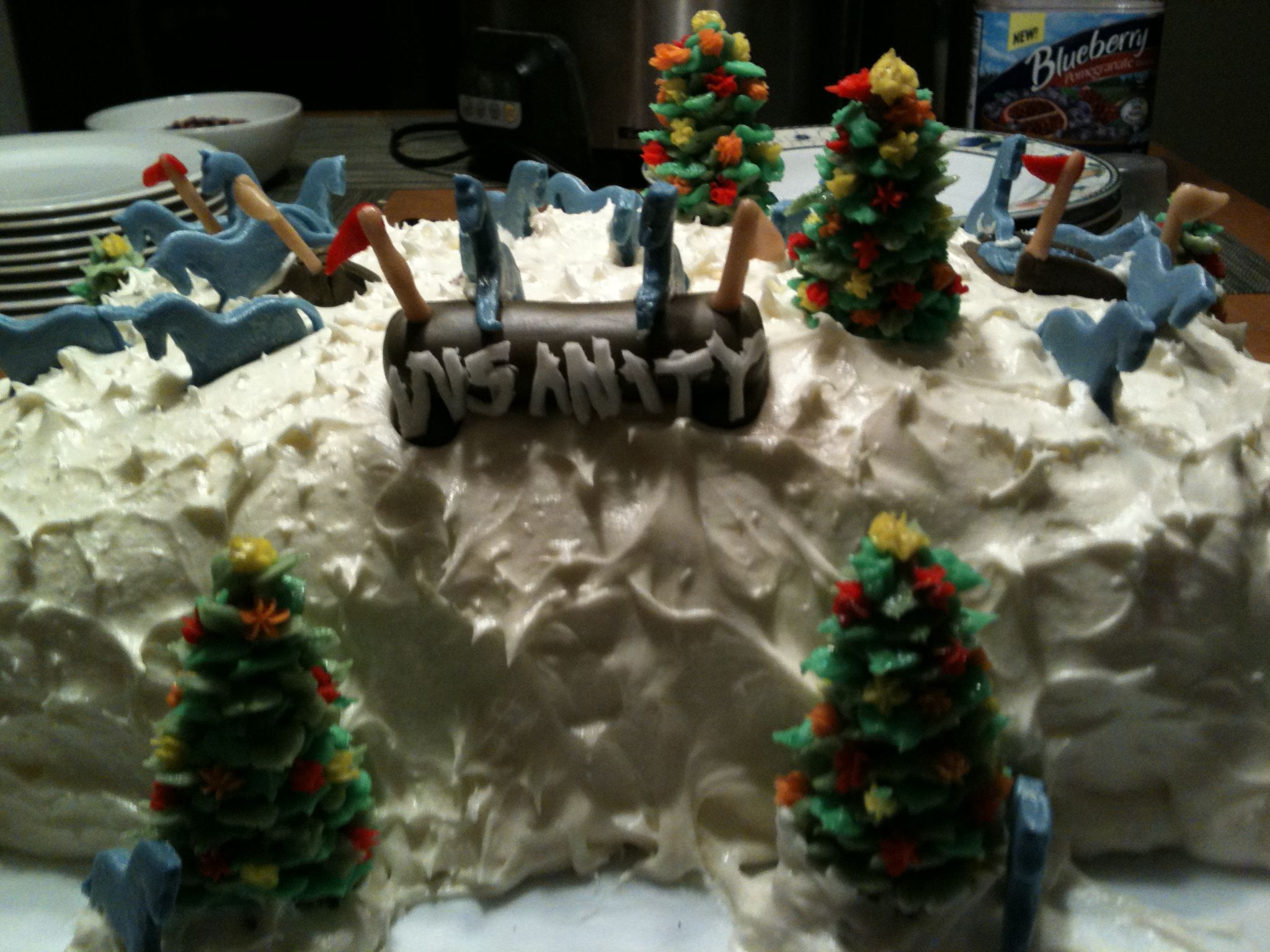 Well the USEA convention has finally wrapped up. With this wrap up comes the final end to the season. Rumor has it, the convention was a good time. However, we will keep it at that as to not embarrass some people. As you all have probably seen, Buck made out like a bandit, taking many of the top awards. But one of the most sentimental awards went to Boyd and Neville. After  a year of incredible ups and downs, Boyd and Neville took home an award for courage. Boyd demonstrated incredible courage this year and I can only hope his luck and courage will be all positive as he heads into 2012.
Boyd recapped his weekend at the convention. Congratulations again to Boyd and his groom, Lindsey Taylor, who took home the top groom award. [Boyd Martin]
Looking forward into 2012, our motivation should be high for the new year. If anyone needs an athlete to be inspired by, look to Tim Tebow. I’m tempted to say he might be the hardest working player in the NFL. Despite his sometimes less than stellar technique, he seems to find a way to win. No folks, this is not a way for me to talk about football. I’m simply saying that sometimes we can all use an inspiring figure, and Tebow is a good choice. Pick up a copy of his book over the holidays. It’s a good, quick read.
Now, with that new found motivation, spend some time learning more over the winter. Perhaps in the warm comfort of your home. There are so many videos out there you can learn from. Google your favorite rider, watch their style, watch them teach. Anything you learn from is a good source.  It wouldn’t be right to leave you without an example: Clayton Fredericks XC clinic
In exciting news, Bromont will be adding a CIC*** in addition to the already present CCI*** and CCI**. The three day will run June 7-10. Preparations are already underway for the new CIC course. The week following the the three day will play host to a national horse trial with BN-P/T levels. These two weeks in June will be huge for Bromont. This is probably my favorite event and I hope many of you go to support it in 2012.
Bromont Website
Check them out on Facebook
In honor of the holidays, please waste a few minutes of your time to watch this video. Go on, think it’s dorky, but you won’t be able to take your eyes off it. At least I wasn’t able to. [Jingle Bells]
German born, Laura Bechtolsheimer is British all the way. In a recent article, Laura discuss how she thinks nothing of being born in Germany. She considers herself 100% British. She even jokes that her parents knew she was British when she came home from kindergarten having eaten marmite and liking it. While Laura is a driven athlete, she talks about having perspective. You never know when things could change (she mentions Courtney King-Dye and her brother). The granddaughter of a billionaire, Laura has a lot of support and backing. But she is genuine, a hard worker, and one of Britain’s greatest talents. Roll on 2012. [Laura B.]
There is to be an investigation as to why Ireland’s show jumping team did not qualify for London 2012. After investigating, a draft report will be reported to Horse Sport Ireland in late January. [Ireland SJ]
Round two of body clipping is coming up soon. Many of us struggle with horses who are “clipper shy.” Well lucky for us, the amazing Monty Roberts, has a few suggestions. To get your horse comfortable with the vibrations of the clippers, invest in an electric toothbrush. Then use the toothbrush all over the horses body. This will allow the horse to become desensitized and used to the vibrations with out having to use a sharp blade. Then move to quiet, cordless clippers. After your horse is settle with those, try your body clippers. Remember, when it comes to clipping, patience in necessary. [Monty Roberts]
In case you missed the Board of Governors meeting, the USEA has a nice recap. [USEA]
Yesterday was a very important day for eventing. Jose Ortelli became another year older. The striking young man from Argentina hasn’t spent nearly enough time in the states this year. Let’s hope to see him more in 2012. Happy Birthday, Jose. [SClark]
USEA Convention Rant
Best of Blogs take two: Trust
As you can imagine, John spends a lot of time alone. This video is proof of that. Thank you, John, for sharing with me.