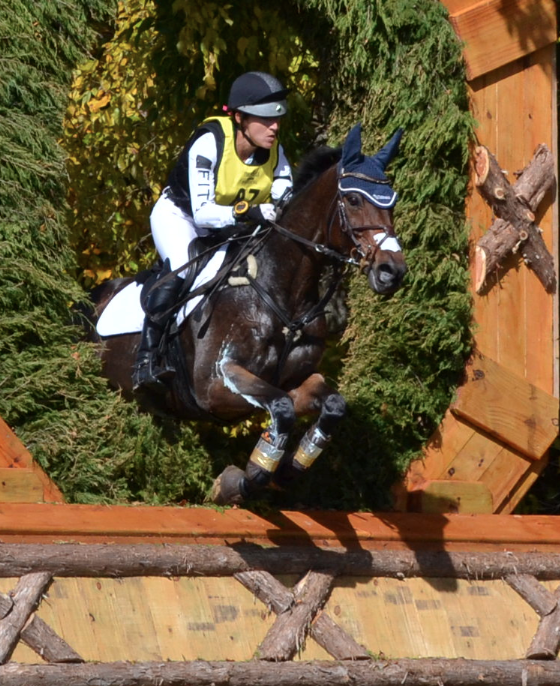 Good morning, EN! I enjoyed a lovely birthday weekend, in which I received a new mode of transportation that is neither car nor horse, but, a beautiful, cherry red bike! Cruising around DC, the wind in my hair, on something that doesn’t go lame or require hundreds of dollars to feed every month, now that is nice! Although I wouldn’t trade it for my wonderful, currently problem-ridden pony for the world.

Laine Ashker made a triumphant return with longtime partner Anthony Patch at the Millbrook Horse Trials this weekend. In a traditionally very difficult division, Laine moved up from third after dressage with no jumping penalties to take the top prize. EN’s own Kate Samuels had a spectacular weekend, placing third with her own Nyls du Terroir. Leader after dressage Jan Bynny and Syd Kent retired on cross-country, and Boyd and Trading Aces, who were second, picked up 20 penalties. [Millbrook Wrap Up]

There were plenty of big names making come backs after Rolex, including Donner and Lynn Symansky, who placed 12th in Intermediate A after making leisurely time on cross-country; Will Faudree placed first with DHI Colour Candy in OI-A and second with Andromaque in OI-B. [Millbrook Results]

It was a packed couple of days at the British Festival of Eventing at Gatcombe, with many of UK’s best competing in Advanced and Intermediate divisions. William Fox-Pitt won the Advanced on Chilli Morning, and placed fifth with former Doug Payne ride Running Order. Andrew Nicholson and Quimbo had an unfortunate weekend; they were eliminated after a fall on cross-country. [Gatcombe Results]

David O’Connor will be teaching an expert day at Waredaca in Laytonsville, Md. tomorrow, August 6th. While all the riding spots have been filled, auditing is free and welcome. The day starts at 8 a.m., and there is a Q and A session lunch with David. [Waredaca]