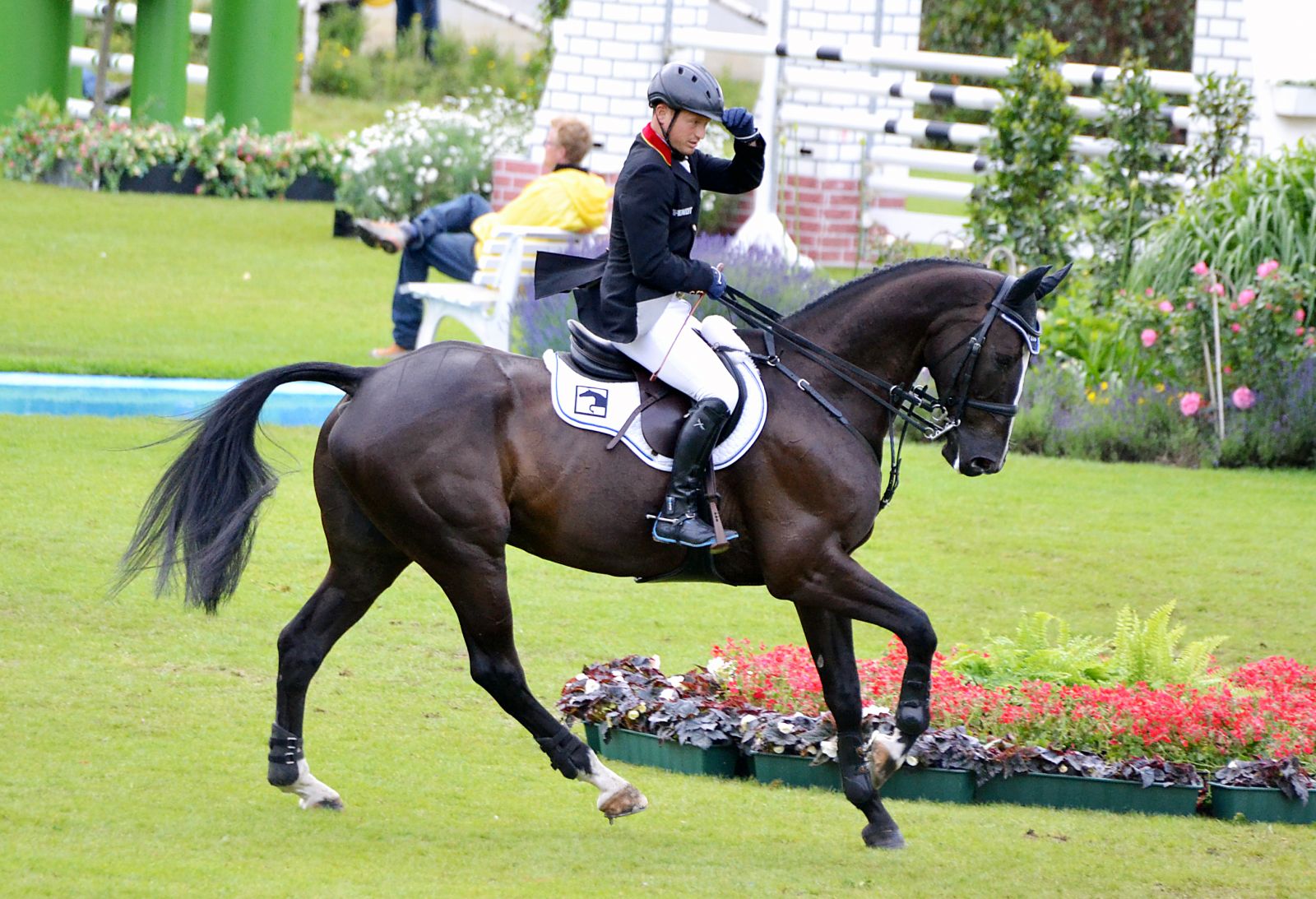 Good morning, EN! Michael Jung was again proved that he’s from a different planet — a planet where everyone is a winner and has freakish genes for earning ridiculous dressage scores — when he won the European Championships this past weekend. I’m sure everyone else’s weekend was just as good. I’ve started to determine “good” by the little things. Like, hey, this avocado is ripe two days before I thought it would be. Or, hey, my horse might have been lame for the past two weeks, but at least he’s clean today! Who wants to pony up for some money to get us to Michael Jung’s planet?

Michael Jung won an unprecedented fourth European Championship gold medal at Malmo, on his three-star horse Halunke FBW. After putting down an unbeatable 28.6 in dressage, he added just one rail to his score. Ingrid Klimke put in a clear jumping round to move from fourth to silver medal position, and William Fox Pitt and Chilli Morning won the bronze. [Europeans Wrap Up]

Helped by the strong showing from Michael Jung and Ingrid Klimke, Germany proved unbeatable at the HSBC FEI European Championships. They finished 17 points ahead of silver medalists Sweden. France took the bronze. Olympic silver medalists Great Britain failed to win a team medal at the Europeans for the first time in 20 years when they finished sixth. [BBC]

EN had a lively discussion about dogs at horse trials when a barking dog was allegedly to blame for a rider fall at Loudoun Hunt Pony Club HT yesterday. Amanda Tamminga’s horse, who has a known aversion to dogs, fell over a jump on the prelim course, and Amanda broke her ankle. The day before, a dog was caught on film chasing Carlos Diaz Fernandez on cross country at the European Championships. The disturbance dogs cause on course is happening all over the world, at all levels, and I’m sure the debate is far from over. [EN Debate] [BBC Story]

Alpha won the Woodward Stakes at Saratoga on Sunday, beating out favorite Paynter and Flat Out. While the field thinned after Mucho Macho Man and Fort Larned scratched, last year’s Travers Cup winner went wire to wire to win the $750,000 race. [Saratogian]

Sportjumping is gaining ground over in the UK, where a new sponsor is taking it big time. The new sport combines racing and show jumping, in which riders are given handicaps based on performance and must complete a round of jumping in fastest time. What’s making it gain popularity? The fact that you can bet on it. [Horse and Country]

Harry Meade is still recovering from two broken elbows after his rotational fall at Wellington Horse Trials, having undergone two surgeries to repair the bones and ligaments. His recovery sounds daunting, and we’re pulling for him to be back in the saddle soon! [Saturday Blog]