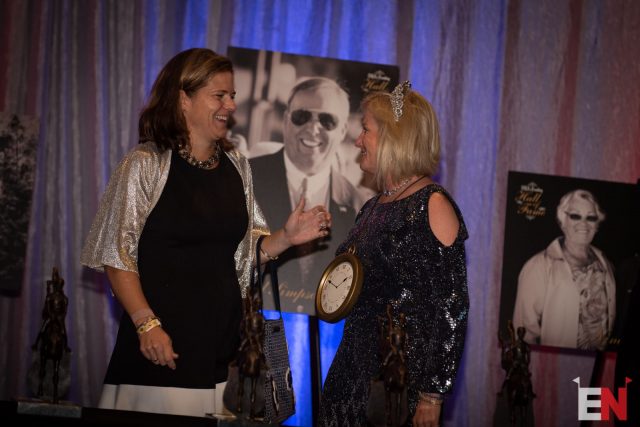 Welcome to the Monday after the USEA Convention, a day on which everyone who attended feels like we have been collectively hit by a bus. Convention weekend is absolutely one of my favorite times of the year and always serves as a raucous eventing family reunion. Please join me in congratulating a very special member of our eventing family, as Max Corcoran has been announced as the new USEA president-elect.

Max will shadow current USEA President Carol Kozlowski during 2019 in preparation to officially take up the role starting in 2020. Carol will pass the baton at the 2019 USEA Convention in Boston, and we couldn’t have asked for a better setting to begin Max’s four-year term as president. As a native of Massachusetts, Max has assured me she is delighted to welcome everyone to Boston for what will surely be an unforgettable weekend as we also celebrate the USEA’s 60th anniversary.

Stay tuned for an exclusive EN interview with Max. Congrats, my friend!

Montana Equestrian Events will once again host winter skijoring races at Rebecca Farm on Dec. 29-30 in Kalispell, Montana. Sarah Broussard hopes the races “will drive economic growth in the Flathead Valley, build community pride and provide spectacular entertainment for both our neighbors and visitors.” New this year is a curved skijoring track, which will give competitors an even more thrilling ride. [Skijoring at Rebecca Farm]

Sam Felton and Ricker Ridge Divine Right won the Honda NZ CCI3* at Puhinui International in Wiri, New Zealand. Organizers battled wet weather in the lead-up to the event, which led to deep going for Saturday’s cross country. Sam has a big year ahead in 2019, with a wedding planned and also a move to the UK for an anticipated two years. [Puhinui International]

The US Equestrian Annual Meeting will take place Jan. 9-12, 2019, at the Hilton West Palm Beach in West Palm Beach, Florida. The theme this year is “Members Make it Happen” and the meeting is expected to offer more educational and interactive opportunities than ever before. [USEF Annual Meeting]