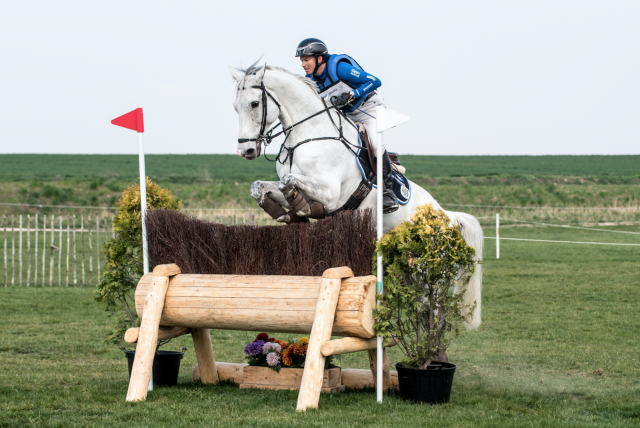 The U.S. double-header of The Fork at Tryon and Chattahoochee Hills weren’t the only CCI4*-Ss taking place this weekend. New Zealand had its Kihikihi International CCI4*-S; Australia hosted the Quirindi Eventing CCI4*-S; and Poland featured the Strzegom Spring Open CCI4*-S.

American entry Woodge Fulton and Captain Jack had a lot of fans cheering them on from afar in the Strzegom CCI4*-S, where they finished in 23rd place in a field full of heavy-hitters — they were next out of the start box after Germany’s Andreas Dibowski and his longtime FRH Butts Avedon, speaking of hard acts to follow. (They pulled it off, jumping cross country clear with time — well-played, Woodge!)

You just never know where life with horses is going to take you. The USEA catches up with Mexican eventer Daniela Moguel, who packed up shop and moved to the Carolinas after contesting the 2018 World Equestrian Games in Tryon last year. [A Fork in the Road: Mexico’s Daniela Moguel Reflects on Tryon 2018, The Fork, and her Future Goals]

Burghley Horse Trials accommodations can be hard to come by. Last year a neighboring estate, about a two minute drive to the nearest Burghley entrance, offered people space to pitch tents and park their horse boxes. They’ll be doing the same for 2019, for a fee of £20/night for small tents and £30/night for large tents and horse boxes/caravans. For a small fee they’ll also shuttle people to the venue. For more information contact Archie Dennis at [email protected]gmail.com or telephone 07799662756.

Hot on Horse Nation: Having a House Cat vs. Having a Barn Cat

Just in on Jumper Nation: Life After WEF: How to Survive the Post-Florida Horse Show Hangover, Presented by Draper Therapies

SSO: 🇧🇶 Tim Lips with the 13-year-old Bayro won the CCI4*-S class, the most prestigious class during Strzegom Spring Open.