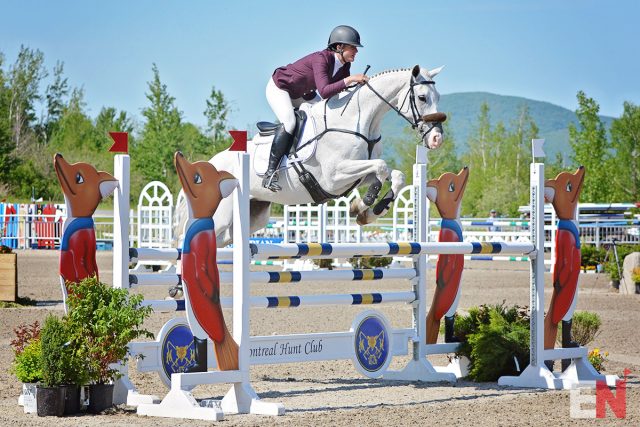 Greetings from Montréal-Pierre Elliott Trudeau International Airport. We’ve just wrapped the MARS EQUESTRIAN Bromont CCI Three-Day Event in Quebec, Canada. I’d like to spend a minute discussing the fact that Landmark’s Monte Carlo, who was the only horse to finish on his dressage score in the CCI4*-L, seemingly found his inner voice when Lauren Kieffer called an animal communicator in the hopes of slaying his show jumping demons. I’ve written a variety of different conclusions to major competitions in the seven years I’ve been doing this job, but never one in which the horse told his own story. Read all about it here.

Canada’s Eric Lamaze made an impressive comeback to win the $500,000 RBC Grand Prix of Canada at Spruce Meadows in Calgary in his first competition since publicly revealing he has been battling a brain tumor for the past year and a half. [Eric Lamaze claims important win during brain tumour battle]

Your Monday Video: If you don’t know Emily Bradford, you should. Well done, mate!