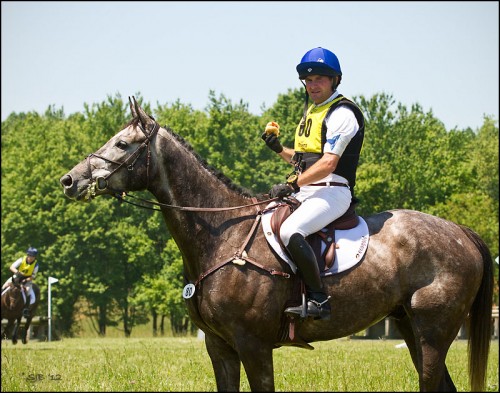 Good Morning, and prepare yourselves, EN: It’s been a busy weekend of horse sports. Here’s hoping Chris Burton and Mario Gutierrez are still celebrating their victories in the Saumur CCI*** and Preakness Stakes, respectively. High-fives, Chris and Mario. 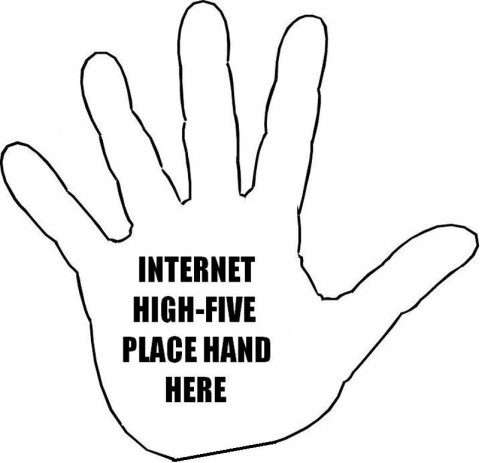 The Kiwis had a good weekend, too: At Saumur, Andrew Nicholson finished third on Viscount George in the horse’s first three-star; Mark Todd qualified NZB Grass Valley for the Olympics with a seventh place finish… [New Zealand Herald]

And down Taupo, New Zealand, way, Emily Cammock and Dambala led four other South Islanders to the top of the CCI*** leaderboard. [NZH]

In the good ol’ USA, Sarah Dunkerton and Matapeake finished on their dressage score to lead Chattahoochee’s CIC** wire to wire; Alexandra Green and Falkonet also led wire to wire in the CIC*, and Michael Pollard and Schoensgreen Hanni, recently spun at Jersey, came back with a vengeance to win the advanced. [Scores]

At the NWEC May Classic, Karen O’Neal and True Avenue finished on their dressage score to win the intermediate; Maya Black and Doesn’t Play Fair topped the Open Prelim, and Ashlynn Meuchel and Morning Star brought home the Prelim Junior blue. [Scores]

At the Greater Dayton HT, Jennifer Lewandowski and Park Avenue III took the P title, James Nealon and Next Generation the OT. [Scores]

Sara Vitkus and Season O’ Reason moved up from second to first with clear jump rounds to win the prelim/training at Kelly’s Ford. [Scores]

At Hitching Post, Katherine Cooper and Unimpeachable topped the prelim, and Gayle Davis and Theatre Royal topped the OT. [Scores]

Anthony Han and Benny were the victors in the Kent School’s prelim/training. [Scores]

And finally, a round of applause for the CCC Spring Gulch HT winners, whose results I haven’t managed to find online. [Website]

There’s a neat parallel between Mario Gutierrez and Steve Cauthen, who piloted Affirmed to the most recent Triple Crown in 1978. Like Gutierrez, Cauthen had never ridden in a Triple Crown race before his victories. And Cauthen sees similarities in Affirmed and I’ll Have Another’s techniques… [Blood-Horse]

I’ll Have Another has already shipped to Belmont Park, “one of the most idiosyncratic racetracks in the world,” for his three-week lead-up to the big day: “Horsemen call it Big Sandy because of its wide sweeping turns and distinct footing.” [New York Times]

A study in articulating disappointment under pressure, possibly with footing on your face: HRTV has compiled a “Preakness Losing Interviews” video worth watching. [HRTV]

Eric Davies, president of the Welsh Pony and Cob Society, will carry the Olympic torch atop home-bred Welsh cob mare Maesmynach Angerdd at 5 p.m. on May 27, from Aberaeron, Wales. [Horse & Hound]

Top of the Tweets: Hamish Cargill: A win for Chris Burton at Saumur CCI3* proves once and for all that Crunchy Nut Cornflakes really are the breakfast of champions.

A note from D. Lee, recent winner of our Success Equestrian Contest: 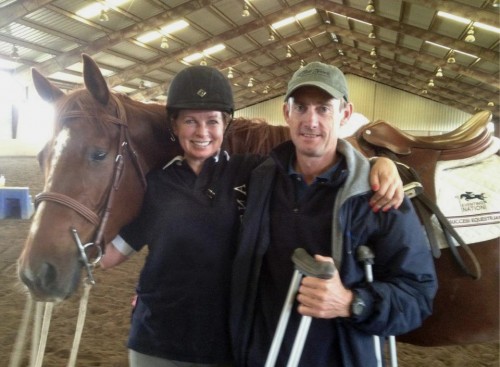 “I took my EN Success pad out in public!  I don’t get out much (too much stall cleaning!), but I got to ride my 4yo TB homebred, Annie, with Peter Atkins this weekend at Champagne Run in Lexington, a very big deal, her first clinic ever.  It was a fabulous lesson and I do love that pad!   Thanks again,  D. :)”