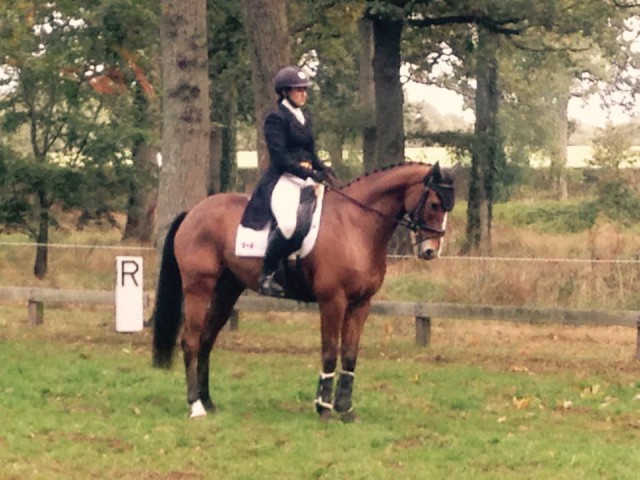 The six and seven-year-olds have completed their dressage at Mondial du Lion, and it was Nicolas Touzaint, riding for France, who achieved the best score across the two divisions. Nicolas is competing Caretinhus, a 7-year-old Holsteiner stallion and scored a 34.0 today to take the only score in the 30s into cross country tomorrow. Caretinhus has one FEI win under his belt, winning the CCI* at Fontainebleau earlier this year.

Thomas Carlile and Tenareze will hold second place going into tomorrow after on a score of 40.6, and Tom McEwen and Toledo de Kerser will go into third place overnight on a score of 43.7. Overnight leaders Michael Jung and fischerRicona dropped into fourth place after leading the first day.

Eiskönig will take the lead into cross country with a score of 41.9"> 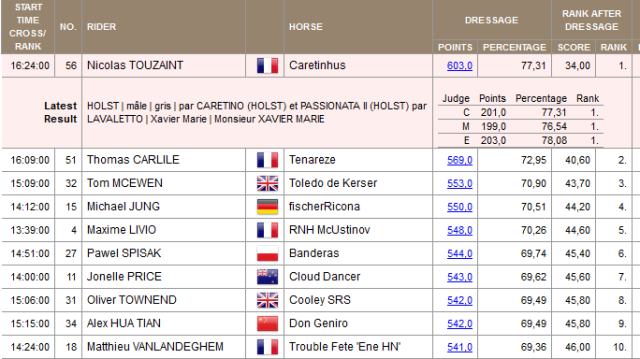 In the six-year-old class, Vincent Martens and Eiskönig will take the lead into cross country with a score of 41.9. Another stallion, Eiskönig is making his third FEI start and second CCI* start this weekend. His dressage score from today marks the best FEI score he’s put in to date.

Michael Jung is also in second in this division Star Connection, a Hanoverian gelding, with a score of 42.7. Star Connection is making his second CCI* start, and his FEI record is quite impressive already with three wins, a second and a fifth in his FEI career thus far.

Chris Burton and Dutch Man Retto will go into third overnight after scoring a 44.4. This is this gelding’s third FEI appearance and first CCI*, and he’s off to a great start so far with his second best dressage score in international competition.

Canada’s Lindsay Traisnel and Ulysse de Rubercy slide into 10th place overnight, a very respectable position that Lindsey posted on her Facebook that she was very pleased with. Liz Halliday-Sharp and Cooley Ground Control had an off day, according to Liz’s Facebook yesterday, resulting in a higher score than they would have liked. This pair will be in 38th place going into cross country.