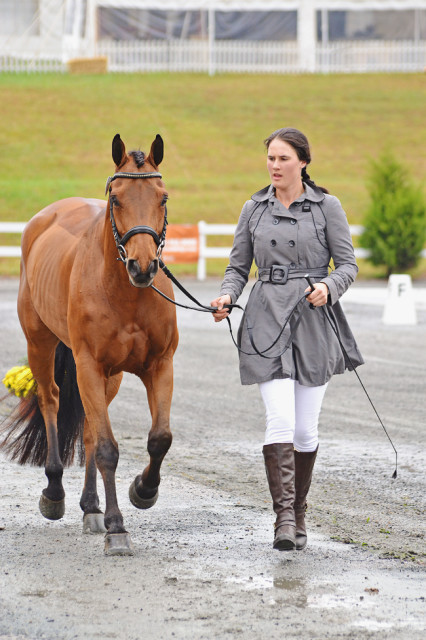 Maya Black and Doesn’t Play Fair, who won the Plantation Field CIC3* and were sitting in the top 10 after dressage in the CCI3* at Fair Hill, parted ways at the Chesapeake Water on cross country and will look for redemption in California.

Mackenna Shea and Landioso had always intended to return home to California following Fair Hill, but now they do so with unfinished business, as she fell at the ditch and brush at fence 15 on the CCI3* course and is also re-routing to Galway.

Lizzie Snow is also heading west after retiring Coal Creek when he slipped into the same ditch and brush on the CCI3* course. She posted on her Facebook page that “Devon” is currently in Texas and scheduled to arrive in Temecula tomorrow night.

Will Coleman had OBOS O’Reilly entered at Galway after he retired about halfway around the CCI3* course at Fair Hill, but he announced on his Facebook page this morning that he was scratching after a Bronchoalveolar Lavage showed mucus in the horse’s lungs.

Ellen Doughty-Hume and Sir Oberon intended to contest Fair Hill CCI3* for a second year in a row, but a knee injury she sustained at the Nutrena American Eventing Championships kept Ellen grounded, and they are heading to Galway instead.

Marilyn Little has now entered three horses at Galway, with RF West Indie in the CCI2* after retiring course in the two-star at Fair Hill. RF Scandalous and RF Typecast will both contest their first CCI* at Galway.