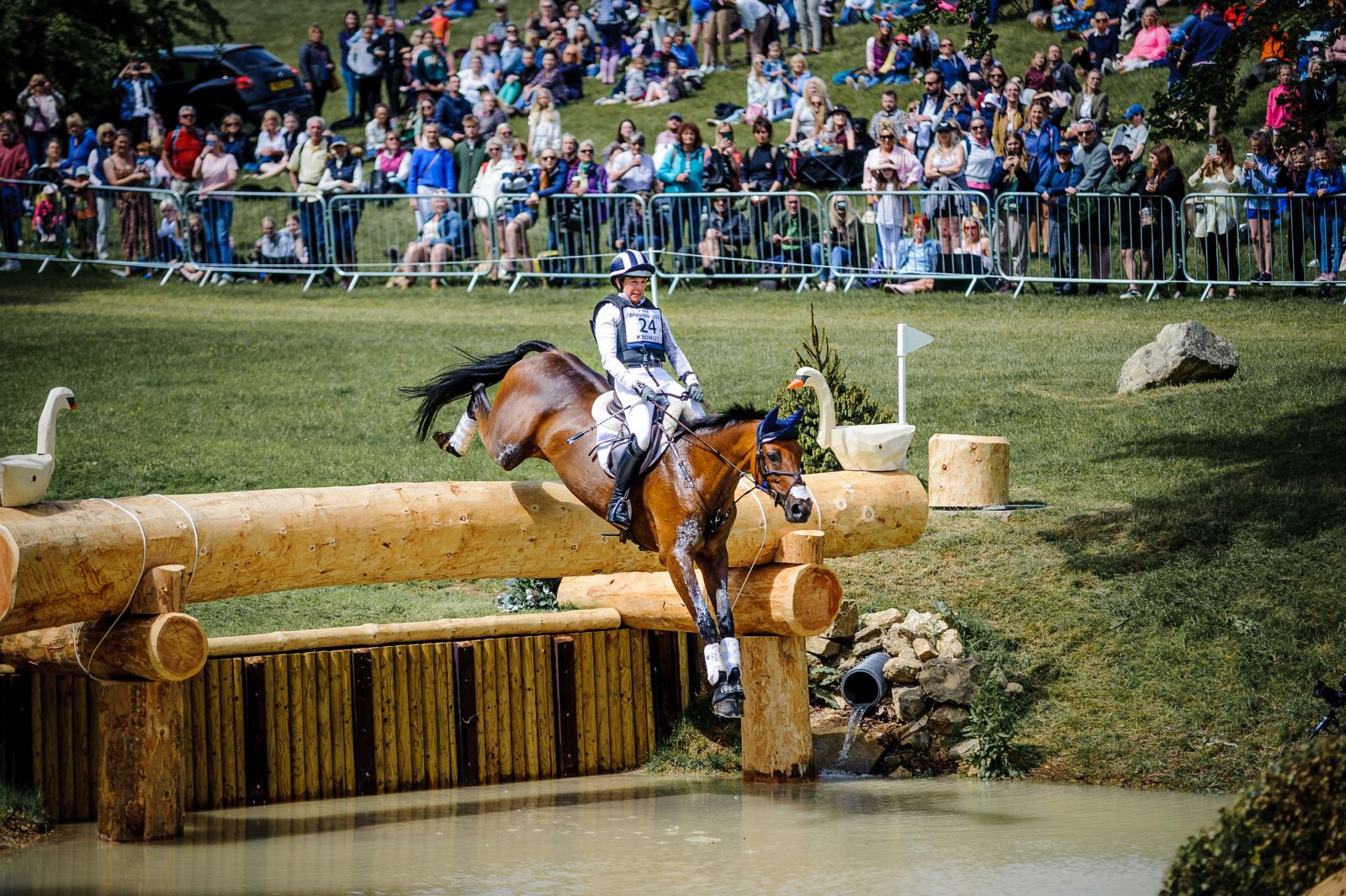 Allie Knowles and Ms. Poppins drop into the first water at Bramham.  Photo by Tilly Berendt.

We are very sad to report that two horses, Ms. Poppins and Ventura de la Chaule JRA, have been euthanized during the CCI4*-L cross country at Bramham International Horse Trials.

Katherine O’Brien’s Ms. Poppins, ridden by USA’s Allie Knowles, retired on course between fences. The mare was transported back to the barn via horse ambulance where the decision was made to euthanize “as a result of irreparable injuries.”

“Poppy,” an 11-year-old Westphalian (Congress x Copa Cabana) started her eventing career with Allie in 2016 and the German-bred mare continued to climb with the Kentucky native, making her Advanced debut in 2019.

“I am heartbroken to report, after sustaining a traumatic injury on the gallop near the end of what had been an amazing course at Bramham International, my wonderful horse Ms. Poppins has been euthanized. After several opinions from top vets and surgeons, our team decided the most humane decision for her was to let her go. Everyone one at AK Eventing loved this little mare, and she will be missed dearly by me, grooms, and her owners, Jim and Katie O’brien.”

Allie and Poppy recently helped Team USA finish second at the Houghton Hall Nations Cup. Since then, they have been based with J.P. Sheffield, from whom Allie sourced the mare for owner Katherine O’Brien. 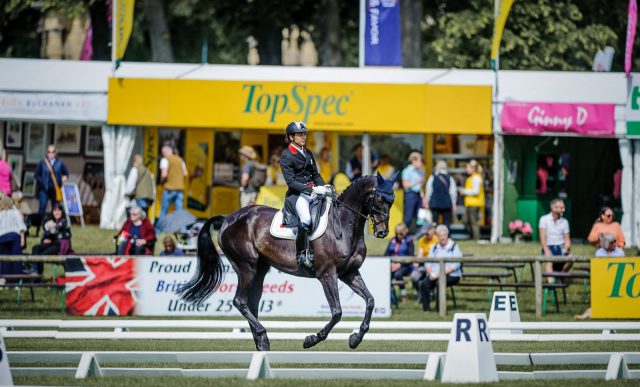 The Japanese Equestrian Federation’s Ventura de la Chaule JRA was also put to sleep after a fall with Toshiyuki Tanaka at fence 7B, the Bramham Leap. Toshiyuki was uninjured in the fall.

The 13-year-old Selel Francias (Diamant De Semilly x Hand In Glove), who was placed 16th after the first phase, was 7th in the order on cross county this morning. This was the Japanese rider’s first season with the gelding, who was previously ridden by Nicolas Touzaint and most recently compatriot Atushi Negishi.

The Bramham Leap was a skinny arrowhead followed by a ditch and brush at the B element. After a number of issues the entire combination was eventually removed from the course.