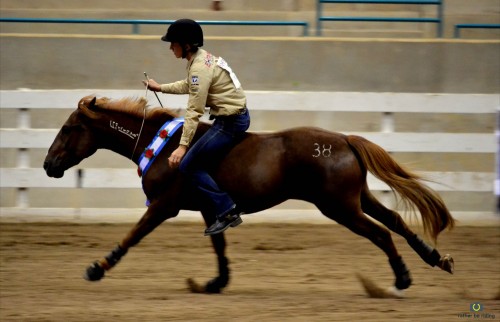 Mustang competitions seem to be growing in popularity across the country. In order to control population, hundreds of wild mustangs are rounded up each year and auctioned off to the public to become domesticated. Mustangs have been a popular topic in the eventing community, thanks in part to the efforts of Elisa Wallace and her string of mustangs. In conjunction with the 2013 Mustang Million competition, Nat Geo Wild produced a reality TV miniseries called “Mustang Millionaire.” The show focuses on five trainers who worked with a mustang over the course of 120 days in preparation for competition.

A three part series, the show highlights many of the ups and downs of working with an animal that had been completely untamed previously. In meeting Elisa and her newest mustang, Rune, I’ve definitely come to appreciate the brain and temperment of a quality mustang. Mustang Millionaire is a great way to get to know the Mustang Million competition and the work that goes into 120 days of training.

Enjoy the clip below, and check out Nat Geo Wild for episode re-run schedules to watch more.