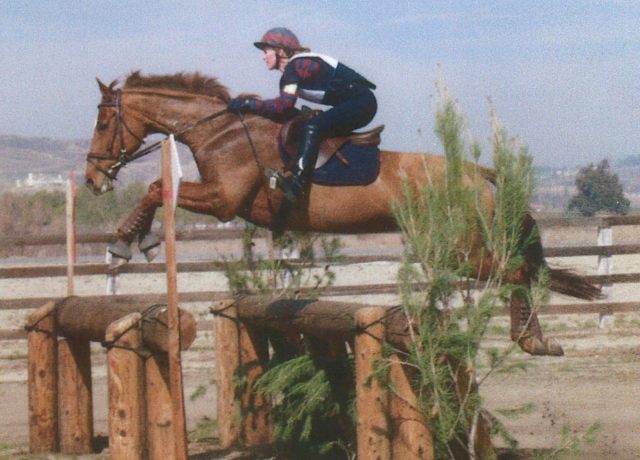 It all started when my mom, Connie, sent in a bid to a stallion service auction for the Olympic silver medalist Starman, by Calypso. We figured there was no way we’d win and had long since forgotten we even sent it in. Then we got a call saying, “Congratulations, you are the lucky winners of breeding a future star!”

Say Grace was a big, beautiful chestnut mare that my mom got at the Barretts Thoroughbred Sale for $750. She came pregnant, ready to foal any day, with a free breeding back to the stallion. She turned out to be a great horse but battled a few injuries, which slowed down her otherwise promising career. So when we won the auction, she was our broodmare candidate.

The resulting foal was Estrella, who I immediately claimed ownership of — not exactly what my mom had in mind. Estrella and I were like sisters. I did everything with her from the minute she was born — made her carrot pies for every holiday, slept in her stall, led her all over hill ‘n dale … you know … the usual horse crazy kid stuff. When it came time to break her, I was of course the first one on and quickly, the first one off … usually resulting in a few war wounds.

While Estrella was still growing up, I got twitchy and wanted to go to the North American Junior and Young Rider Championships. So I busted her mother Say Grace out of the field and at 19 years old I competed her in several one-stars, Intermediates and a successful trip at NAJYRC. 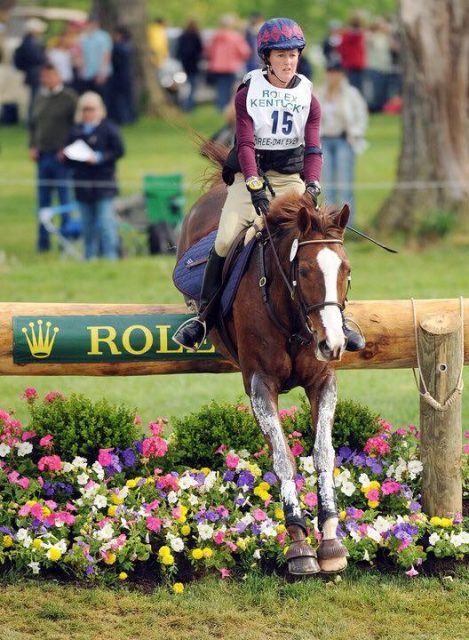 Andrea Baxter and Estrella at the Rolex Kentucky Three-Day Event in 2010. Photo by Sherry Stewart.

Once Estrella finally decided to stop teaching me how to properly sit a huge buck, I found her to be growing up to be quite the superstar. She was blessed with her mom and dad’s fabulous jump and desire to attack the jumps. I was able to travel all over the U.S. with her, competing in all the big three-stars and jumper shows. She never had a rail, and we always won our money back in the jumper classics.

We went to our first Rolex together and dreamed of getting back there to finish unsettled business, but injuries kept us from giving it another try. Ultimately I decided that it was time to try to breed another eventing superstar. With Estrella’s bloodlines and competition record, I knew it was destined to be.

I joked the last time I entered Kentucky that we were going to “let her loose” with Chilli Morning while he was there, but as funny as I thought it was, apparently that’s not something you joke about at an international CCI4*.  I had to pick a different stallion while I figured out how to get the Chilli Morning semen into the USA the legal way.

Chilli Morning needs no introduction after his multiple major FEI wins, top placings and vital membership of the British team success. Not only that, but helped William Fox-Pitt step back into international competition after his major head injury by nearly winning the gold medal at the 2016 Olympic Games. 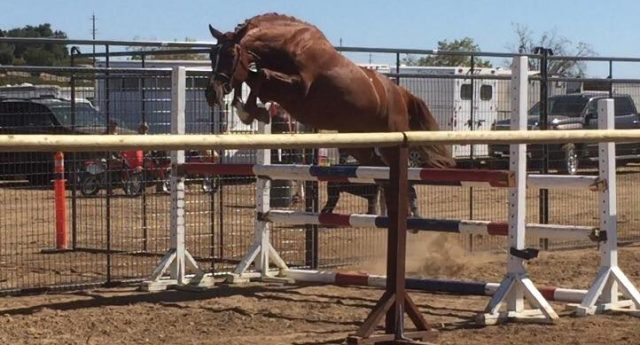 Putting the Chilli Morning breeding on hold, Estrella’s first foal, Carrera (Romantic Star-Ramiro) was born, a spicy chestnut mare just like her but moves 100 times better and jumps like the same freak that she was. Carrera possessed similar qualities to Estrella but seemed even better. So when she was 3, I bred her to Jaguar Mail to produce Cayman, a fancy chestnut colt — see the chestnut theme here? Cayman marks the fourth generation in my amateur chestnut breeding program. 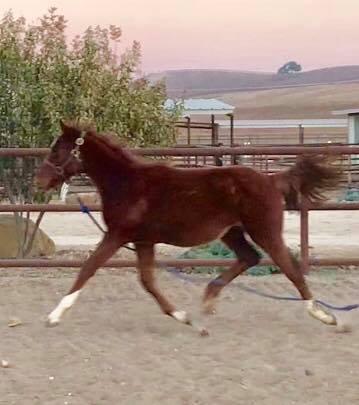 Finally the Chilli Morning project was coming to fruition. Some similar-minded crazy breeder friends and I all chipped in to privately purchase and ship the precious goods to the U.S. We got 30 doses and used almost all of it, but somehow only managed to get one foal to be born. Coronado was the result, and beautiful he was from day 1.

I cried my eyes out when he was born a “he.” What was I going to do with “a boy” in my breeding program!? Was that it, the end of the line? Geld him and all theceffort I put into producing him would just go away? It cost me a fortune to get Estrella pregnant to Chilli, and I wasn’t sure I wanted to gamble with that again. 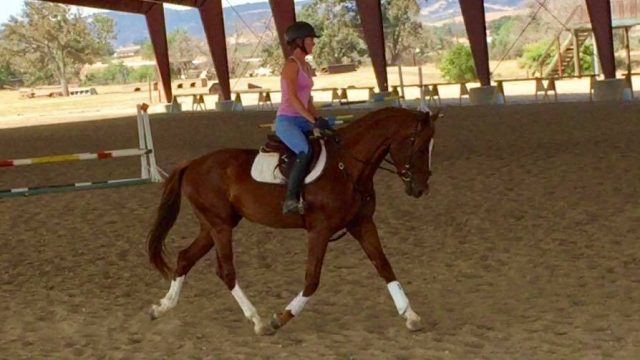 I took him to the Oldenburg inspection as a foal and he was marked with star status, and I was given hope that he could one day be a stallion. I never wanted a stallion, but I decided he could keep his package as long as it didn’t annoy me … so here we are.

Coronado is a coming 4-year-old and still hasn’t done anything to deserve the claimed “ball removal ceremony.” He’s been well socialized, lives with neighbors, trailers with friends, and has done lots of in-hand shows as a youngster. He’s broke to ride and has wonderful, big, floating gaits and a seriously impressive jump. 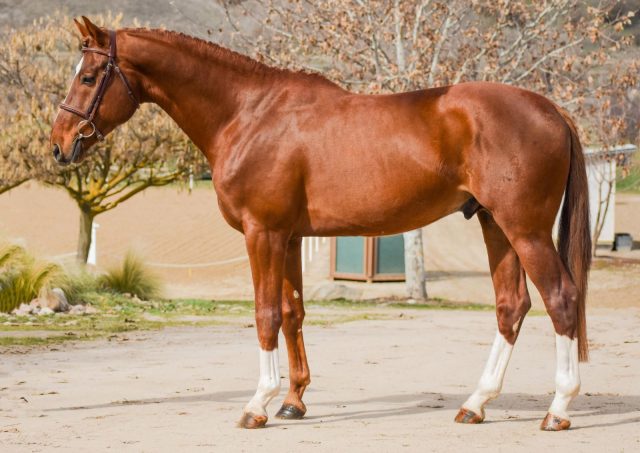 He luckily hasn’t tested his buck out on me under saddle yet, but I’m fearful for the day he does, as it’s a million times more serious than his mother’s ever was! Hopefully she trained me well and I still have access to my sticky monkey legs!

Coronado has Olympic blood from both parents and has a great amount of Thoroughbred blood at 63.5% from both sides. On top of all that, he is beautifully balanced, correctly built, big-boned, and sound-minded. He will be standing for stud in the USA with fresh-cooled semen this season only.

I’m honored to already have a line up of quality mares waiting for “their shipment.” For questions, contact [email protected] or catch me on Facebook Messenger.