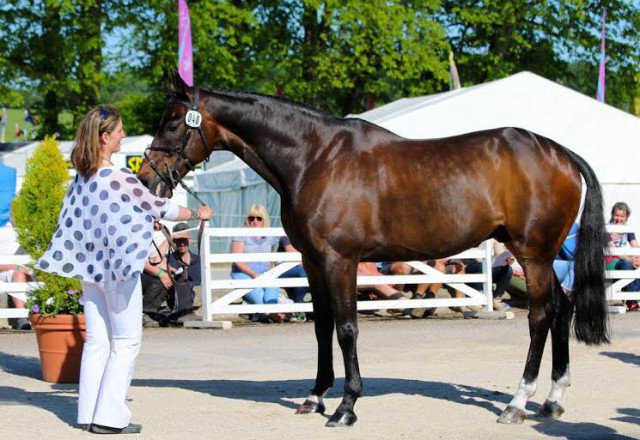 Nana Dalton and Uwald at Bramham. Photo by Samantha Clark.

UK eventer Nana Dalton’s three-star ride, Uwald, owned by Sheila Barker, was euthanized last week after sustaining an injury to his hind suspensory at the Equi-Trek Bramham International Horse Trials earlier this month, where he was competing in the CCI3*.

Uwald, a 14-year-old Dutch gelding, first began his British Eventing career with Nana in 2011, making their CIC3* debut together in 2012 at Hopetoun, where they finished 11th.

“He was my sister Tricia Price’s horse and she produced him brilliantly from Pre-Novice through to 2* level,” Nana reflected in a tribute on her Facebook page. “They also had lots of fun filled winter days hedge hopping in Leicestershire — he was a dream hunter including leading the kids ponies off him at a children’s meet two days before competing at Osberton 2*!”

“My favourite event on him was when we went to Hopetoun in 2012,” she continued. “It was his first 3-star and the first time I’d ridden back at that level for almost ten years. It was the same time as the London Olympics and sitting watching the big screen of the opening ceremony was moving and inspiring. 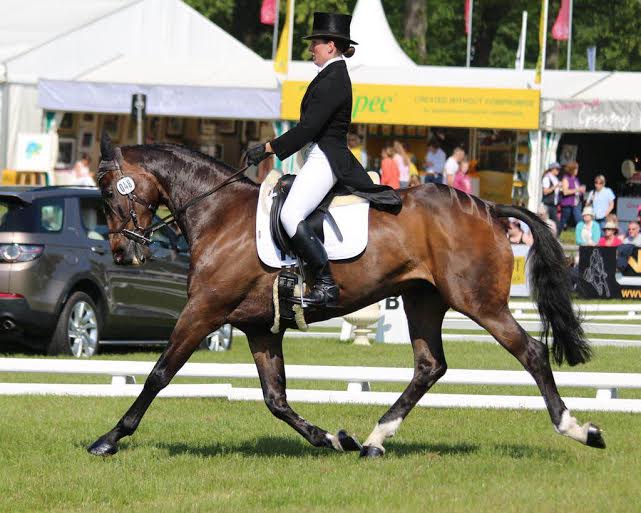 Nana and Ollie at Bramham. Photo by Samantha Clark.

“The ground was bottomless and the course tough but I had one of my best rides ever — he was absolutely brilliant, jumped superbly, looked after us both and we crossed the finishing line with massive smiles,” Nana said.

Uwald, or “Ollie,” had battled back from a stifle injury several years ago. “We headed to Bramham with him looking and feeling better than ever — we were never going to be competitive so the plan was to give him a relatively easy run with no time pressure so we could build on this in the autumn,” Nana said. “I was so proud of him for jumping clear but it soon became clear that he wasn’t right. The vets at Bramham were excellent and the leg was bandaged up for him to travel back.”

“Unfortunately on further examination the scans revealed the extent of the injury — ironically it was his ‘good’ leg, but the years of wear and tear compensating for those other injuries had obviously taken its toll.”

The decision was made to humanely euthanize Ollie. “He leaves a massive hole in the yard and in our hearts but will always be thankful for the times we had together,” Nana said.