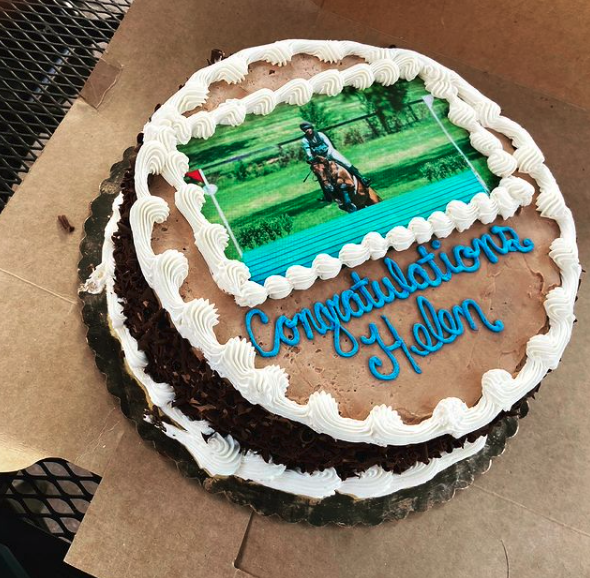 It’s a story that’s all at once familiar and unique: the one of how we catch that thing often dubbed the “eventing bug”. A story that I, frankly, never tire of hearing. It’s early evening on the East coast, and Helen, who has just been named the first ever recipient of the Strides for Equality/USEA Foundation Ever So Sweet Scholarship, and I have spent the first moments of our phone call making small talk about our shared love of the sport and how we first came to know it.

“Groton House,” she recalls, naming a popular Area I event in Massachusetts as the site of her first eventing experience when she was in high school. “My trainer piled us all in the car and off we went. My first reaction was, ‘whoa, this is insane!’. David O’Connor was just a few years away from winning an Olympic medal, and he happened to be there coaching. That was my first introduction.”

Helen wouldn’t label her upbringing as horse-adjacent – “I was just a random crazy horse kid,” she describes – her parents would humor her budding interest in horses with some riding school lessons, but until she moved to Boston with her mother during high school she didn’t have any consistent saddle time. At school, Helen met a friend who also rode, leading her to a new barn and more time around the horses. And it would be here that Helen would eventually begin to zero in on eventing as her sport of choice.

But though the bug bites us all fairly early on in life, there often comes an intermission full of things like school, finding a job, making money. So it would be several more years before Helen could make some real progress with her riding. It was serendipitous, then, that she found herself moving to Maryland – the most horse-centric locale she’d called home thus far – after finishing college in Washington, DC. 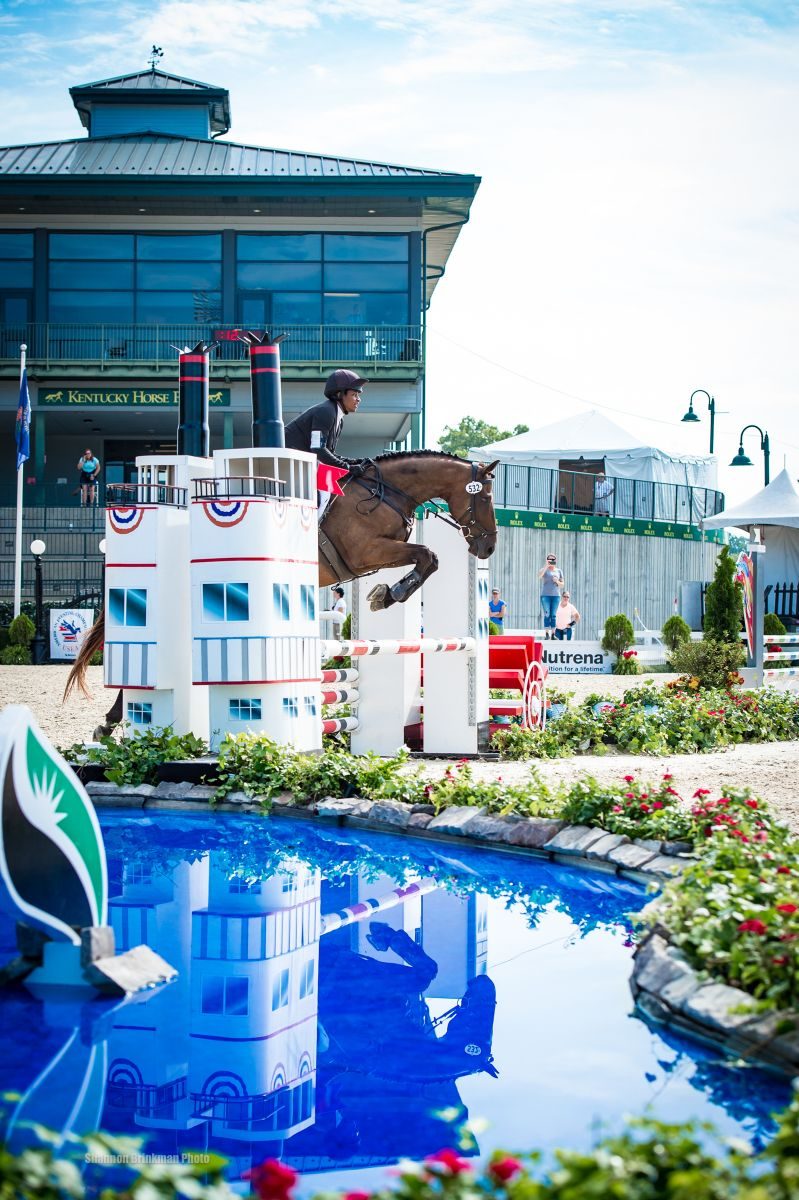 Helen Casteel and Unapproachable at the 2019 American Eventing Championships. Photo by Shannon Brinkman.

“I found Woodland Horse Center, which offered a cool option to come and do a sort of intro lesson,” she explains. “Most of the people who sign up just want to go and get on a horse, but often they will get new regular clients from it.” She began taking lessons and eventually began working at the school as a beginner instructor in exchange for continued coaching.

“It sort of snowballed from there,” she laughs (again, another familiar sentiment shared amongst eventers) “And soon I was buying my first horse. After a few more years, I was ready to be in a more focused barn, so I moved to Waredaca.”

As she stepped into her new barn home at Waredaca as an instructor and barn manager, Helen also spent time working with the pony club based at the facility. It was through this connection that she would meet her next eventing partner, Unapproachable or “Abel”, as he’s known at home. Not much to look at in his post-racing letdown and a green six years old, Helen says she wasn’t blown away by this unassuming gelding, but the chance to ride him was something she jumped at. He was a bit of a “motherless child”, having been given to Waredaca by Dale Proctor at Pleasant Prospect Farm.

Little by little, Helen and Abel began to build a sort of accidental relationship: she needed to get in some practice and work on her training skills, and he needed a job.

“I kept riding Abel for about a year and then it was decision time, and he needed a home,” Helen says now. Those happily accidental past few months, it turned out, would bring Helen and Abel together for good – and they quickly took to eventing together. In 2016, the pair made their eventing debut at the Beginner Novice level and have since moved up to Novice, collecting achievements such as a top 10 finish in the 2018 Waredaca Novice Three-Day and a top 20 in the 2019 USEA American Eventing Championships Novice Rider Championship.

As the inaugural recipient of the Strides for Equality Ever So Sweet Scholarship, Helen will receive training from Sara and Brian Murphy at the Berryville, Va. facility. It’s an opportunity Helen plans to relish as she eyes a move up to Training level and the prospect of gaining valuable horse and barn management experience. Having worked with Stephanie Kohr at Waredaca, as well as many other instructors through the years, Helen is eager to build on the knowledge base she feels lucky to have acquired so far.

“It’s funny, when I got the email about the scholarship, I had to do a double take,” Helen laughs. “I read it and thought, ‘wait, what did that say?’ It’s really exciting and I can’t wait to get started with everything.”

Helen made the move to Virginia recently to begin her scholarship term in earnest. Her work as an insurance agent is something she can do remotely, making this opportunity all the more exciting as she expresses gratitude for the way things have fallen into place. 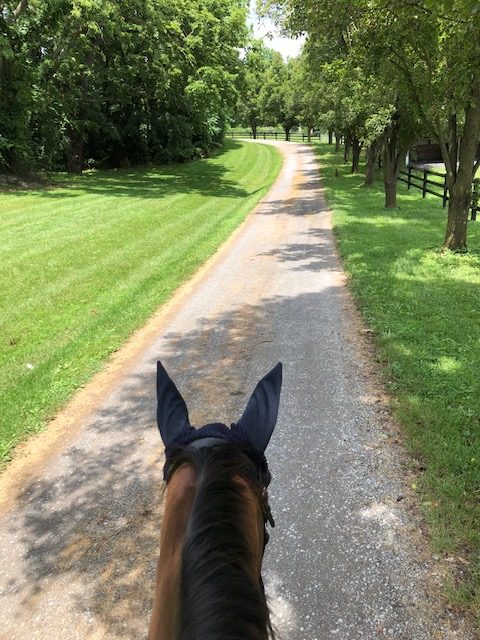 “When you get exposed to horses and riding early, you never forget it,” she says. “I really came into the sport as a fully fledged adult with just basic riding experience. Now I’m more in a position to be out there doing more, and it’s all just worked out to be just right.”

That exposure and the impact of the mentors Helen’s had throughout her life is something she wants to pay forward. As one of the recipients of Eventing Nation’s $5,000 Diversity Scholarship in 2020, Helen wrote about the impact professional riders can have just by spending some time with outreach to riding schools and access programs. Her story could be one of many examples of riders who’ve caught the bug early on thanks to access provided by a riding school, who have gone on to become accomplished equestrians in their own right. All it takes, she says, is some proactive thinking – and this is something we can all play a role in. Opportunities like the Ever So Sweet Scholarship are just the start, with any hope.

“Kids that don’t have the means to event when they were young would always remember the sport and the people that gave them their time and may come back to it as adults,” Helen wrote in her essay. “Or they may be in a better position as adults so their children will be able to actively participate and be encouraged by a parent that grew up loving the sport.”