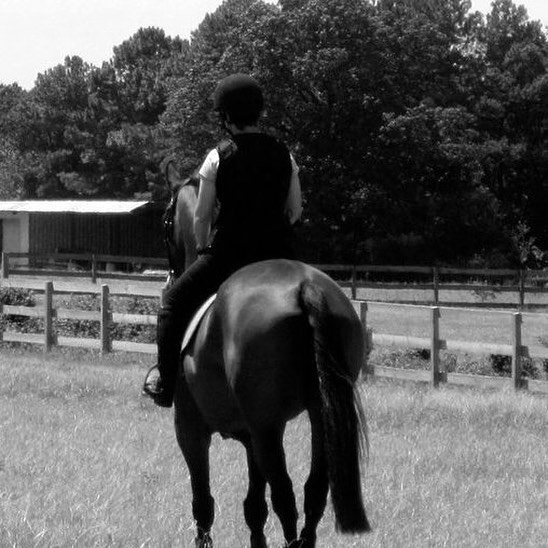 What is it about the word “never?” There have been songs penned about it, books written about it, movies entitled it, and birds cawing it (well, sort of…) Maybe it has to do with the finality of the word “never” and its sense of absoluteness. Maybe it’s because we as humans aren’t good with that. We don’t tend to like never’s irrevocability. (And yes, I did have my thesaurus out for this post.)

Sure, sometimes saying never can be a good thing. The sense of closure it invokes can be positive. For instance, closure at the end of a bad relationship is always good. Just ask Taylor Swift. But sometimes saying, “Never, never, never, ever…” is not the right approach. Sometimes it means you’re giving up, acquiescing, relinquishing, not trying hard enough. Sometimes it is simply of matter of asking yourself, “Is this truly what I want?” or “How bad do I want it?” BEFORE you say, “Never.”

My involvement in the sport of eventing is an excellent example my own improper use of this familiar adverb. After a well-blogged about jumping accident over 10 years ago, I very firmly and emphatically announced to the world that I was DONE eventing. I would NEVER jump again. Never, ever, EVER. Uh huh.

Just in the off chance the blatantly obvious escaped you, I am writing this article for EVENTING Nation. Now before you get out your “jump to conclusions” mat (“Office Space” reference, anyone?) I did take an extended break from performing dressage over obstacles to simply ride dressage. It was great for me and for my horse, who at the time was a young, couldn’t find his feet, or his legs or his balance, draft cross.

However, while it was hard for me to admit, mostly because I didn’t want to own up to making a mistake, I was bored. I missed the cross country adrenaline. I missed being a part of the best sport and the best group of riders in the world. In my heart of hearts, I am, and always have been, an eventer. It’s in my DNA. And while I had major fear issues to deal with and conquer, and while the road back was anything but easy (still isn’t!) I finally had to admit to making a bad decision. And here’s the thing about bad decisions: If you make one, simply make another decision to correct it, which is exactly what I did.

The day I announced to my husband that I really wanted to jump the cross-rails that were set up in the jumping arena, and he wisely simply said, “OK,” is firmly etched into my brain. It was a turning point to be sure. Yes, my pride and my stubbornness took hits, but that one change in mindset put me back on the path where I belonged. It took a big eraser to the chalkboard where I’d written, “never.” I am eternally grateful it did.

Fast forward to the present. 2018 was a not good year. At least not for me and my never-ending horse dreams. It was the year where I felt like I just couldn’t connect the dots. No matter what dots I tried to link. It wasn’t about horrible accidents, or health issues or any other major catastrophe, I just couldn’t seem to make anything work. It was also the year that I turned 50. And that whole midlife crisis thing? Yeah. That.

Again, it wasn’t so much that I woke up and wanted to run off and join the circus on a Harley and get 50 new tattoos. I just felt this “never”ending feeling of discontent and disillusionment. Like my horse when he was four, I couldn’t seem to find my feet. I desperately wanted to wake up one morning and to be shiny and happy and settled and content and on and on. It was almost like the harder I tried, the more it all eluded me.

In September I quit my job waiting tables (one I’d held for three and a half years, which is a lifetime in the restaurant business) thinking that I would finally find and get my dream job and finally start my dream career doing something I love in the horse world. (Did I mention I’m 50?) When December rolled around and I was still unemployed, reality set in and with it, two words: “Settle down.” And then, “You need to get a grip and stop living in absolutes.”

I am a pretty rational, logical person, most of the time. I had allowed the insanity of my mid-century birthday to cloud my judgement and muddle my thinking. Once I really stopped and looked at all the jobs I had applied for (ironically not a single equestrian gig in the group) versus the monetary and scheduling needs I had, a stark statement slapped me in the face. I needed to go back to serving. Wait. What?! I can’t! I said, “I’ll NEVER wait tables again!” Uh huh.

I had to admit that once again I had said, “Never,” when I shouldn’t have. What I should have said was that I would NEVER give up fighting for my eventing dreams. Never.