In December EN blogger and Vermont eventer Kate Rakowski spread her snowbird wings and flew south to Ocala, Florida (see blog post here) with her horse, Kissa. The mission: training with Tik Maynard. Today she reports back on their (slow but steady) progress. 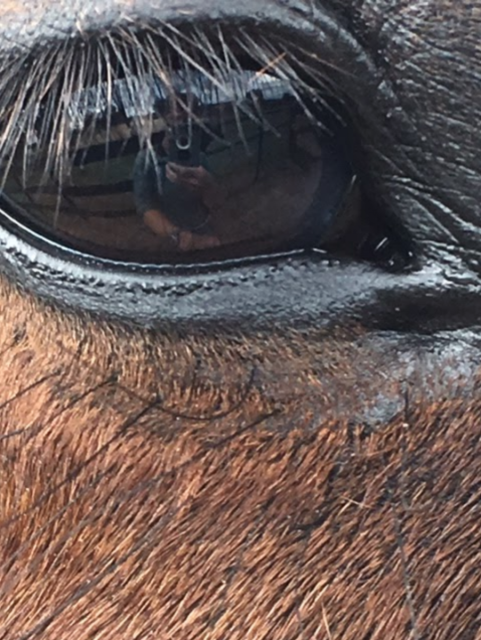 Tik’s first ride on her

Tik: When I ask her to go from leg through to hand, she has a lot of avoidance.

I did not say, “Hello, department of the obvious calling,” as I watched her throw her head up, root her head down, curl her head under, run, stop, swing her haunches out, throw her shoulder in, buck, kick, hop, run sideways and probably swear at him as he continued to calmly ask for a connection — which I thought she’d known how to do for at least a year and half now.

My friend: How was your ride?

My friend: How did that go?

Tik: Today she’s moving from my leg but just running through my hand. She has a lot of little things that go wrong and it’s difficult but important to focus on the right one at the right time.

I did not respond with, “Ya think.”

Tik: She’s not hard in that she doesn’t have one really hard habit to change, but she’s complicated.

Tik: When she stops at jumps, it feels like 50% bad habit and 50% anxiety so it’s hard to both reprimand and support.

Once again, I refrained from, “No $h!t, Sherlock.”

Tik: I’m optimistic that we can fix the little things and really help her.

Tik: “I’ve never ridden a horse with so much ability to wiggle all the parts of her body out of straightness, therefore avoiding connection.”

Tik: “She acts like she’s using her tension, overreaction and distraction to get you to leave her alone and not make her work.”

Me: “Well, I’ve spent her entire lifetime trying not to let that happen but that doesn’t mean that it worked.”

Tik: “What I’m asking isn’t really that hard. In fact it’s not as hard as all the work she’s putting into avoiding it.”

Me reminded of teenage boys at boarding school who put more effort into making it look like they took a shower than the effort required to just take a freakin shower already.

Tik: Kissa, can you try to respond correctly with connection instead of avoidance?

Tik: Really, keep your shoulder in line behind your head and your haunch in line with that and it will help you carry weight on your haunches and lift your back and you’ll like it. It will feel better.

Tik: Really, you can. Almost like that. You tried a little. That was good.

Kissa: Maybe a little. Kind of, sort of. But only for two steps at a time and not twice in a row. If I think you’ve asked too much, I’m throwing my head in the air and running sideways.

Tik: Good try. Can you do it again?

Tik: Yes but slowly. Not that slowly really, I did this for four months with Larry.

Frantically thinking, “Oh crap. I’m already out of money and was only planning to be here another six weeks. How would I propose to my husband staying longer? If I stay, I’d really have to get a job. What job can I get?“ 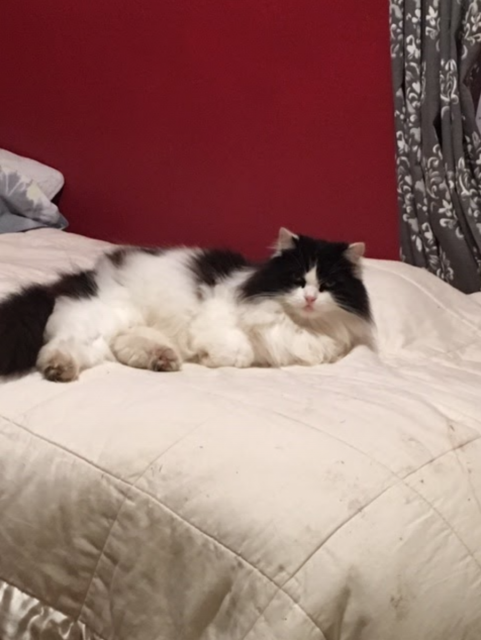