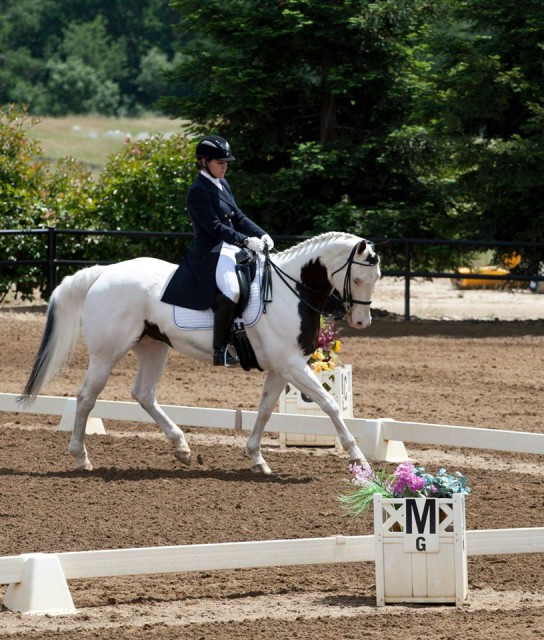 A new study published May 3rd from the University of Sydney appears to be eliciting quite a response from various media sources and animal welfare groups, though upon further investigation the findings don’t appear to be exactly novel, nor are the outraged cries regarding horse welfare entirely warranted.

The study looks at the effects a crank noseband, used in conjunction with a double bridle, has on horses’ stress responses (specifically their oral behavior, eye temperature, and cardiac responses).

In the study, 12 horses who had not previously worn a double bridle were randomly assigned to one of four treatments. Each involved wearing a double bridle but the tightness of the noseband varied for each treatment, with the loosest being unfastened and the tightest being with no space underneath the noseband. Over four consecutive days every horse rotated through the four treatments in a randomized order. This was continued for three weeks and the horses’ responses recorded and analyzed (Fenner et al, 2016).

According to the numbers, the study revealed that when the horses were fitted with a double bridle sans space under the crank they demonstrated an increased heart rate, an increase in eye temperature, and a decreased heart rate variability (HVR) as compared to when they were fitted with a double bridle with half or more of the conventional space underneath it.

Essentially these results are being touted as definitive proof that an overly tight crank noseband on a double bridle can cause stress to the horse. In response to that, according to one article, 30 animal protection groups from across the globe are calling for more stringent testing of the nosebands at competitions and the RSPCA is now calling for an all-out ban on the equipment. Meanwhile the rest of the Interwebz joins the fray with other sources using the study as a segue into how a “serious animal welfare issue for horses in equestrian events has been highlighted by new research” (The University of Sydney).

While I am all for equine studies that give us new insights into our horses and how to more effectively and humanely work with them, I’m afraid that this study doesn’t exactly do that.

To start we could discuss a few of the limitations of the study that potentially render the results tenuous at best — for instance, the fact that none of the horses studied had ever worn a double bridle prior to the study or the fact that it appears that the same bit combination was used for all horses without taking individual mouth conformation into account, both of which could be a cause of the horses’ stress — but I think it’s more appropriate to consider what the study actually proves.

While this study does present data that shows that an overly tight noseband (meaning there’s no room to fit anything between the noseband and the horse) on a double bridle does cause an increase in some stress indicators (i.e. increased eye temperature, increased heart rate, and decreased HVR), their own tables (see below) clearly demonstrate that for all other configurations of the noseband there was no statistically significant difference (note that the p values for everything else are > .05). They even note in the study that “we are not declaring differences to be significant or not at a 5% level, rather presenting the actual P value for each difference and allowing the reader to agree or disagree with the conclusions we draw” (Fenner et al, 2016).

So basically the only thing that they are claiming to have proven is that if you tighten a crank noseband beyond the point that there’s only half as much room as is conventionally acceptable (meaning quite a bit tighter than normal), it causes some degree of stress while also limiting or inhibiting certain behaviors (licking, chewing, swallowing). They did not show that the crank noseband was problematic when applied correctly or even a bit tighter than what is conventionally considered correct. 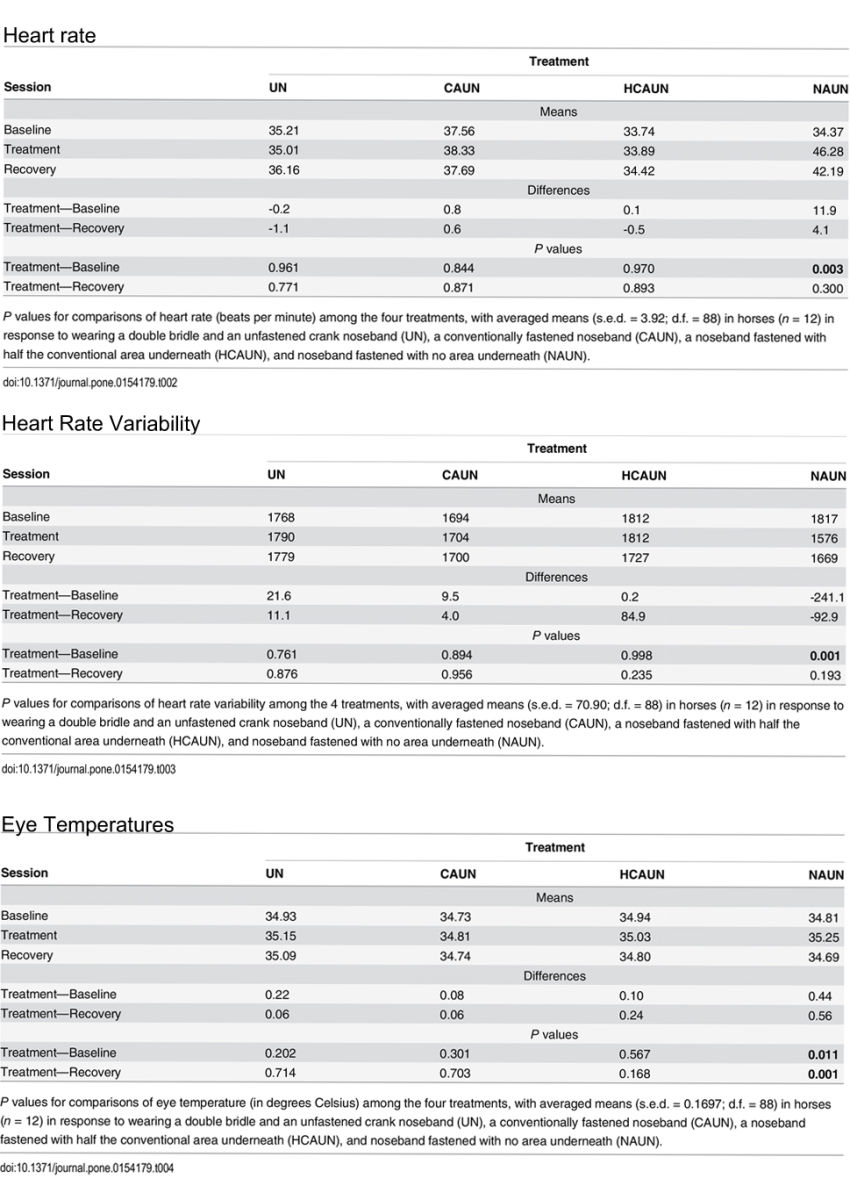 Now not to be rude or belittle the study itself, as I applaud them for looking for hard data to support what I suspect was a forgone conclusion, but did we really need a study to tell us that if you over tighten a noseband it’s going to be uncomfortable? That it would inhibit the horse from opening his mouth? Is that not common sense?

A study that proves something most of us probably intuitively knew isn’t particularly alarming to me, but the fact that some are using it as a spring board to attack and attempt to ban certain training devices is a little unnerving at best. Certainly I am entirely against any sort of abusive practices or cruel training devices, but I do not believe that a crank noseband is inherently either of those. Like most training equipment, it falls back on the person using it. Given the latter, banning a type of noseband because some people apply it incorrectly will not stop abuse nor will it improve horsemanship as some articles have implied.

Instead I feel like the attempt itself is a somewhat sensationalized crusade that takes attention away from legitimate welfare issues that need to be addressed in the equestrian community. Not only welfare issues, but other more proactive rule changes — like allowing snaffle bridles in International FEI competitions rather than requiring a double in the first place.

It of course doesn’t hurt to revisit the rule regarding appropriate noseband adjustment to ensure it is being appropriately enforced, but that’s it; there’s no need to ban a relatively benign piece of equipment. If we are going to go down that rabbit hole we should probably ban bridles entirely and perhaps even riding competitively since that certainly causes the horse stress.

Certainly it is important to continually evaluate ourselves and our sport to ensure that we are doing what’s best for our horses, but I believe we necessarily tread a delicate line when determining where to focus our efforts and put our resources. Ultimately I believe we should be using common sense to honestly assess specific situations and ourselves rather than looking to make blanket assertions and rule changes that are superfluous at best.