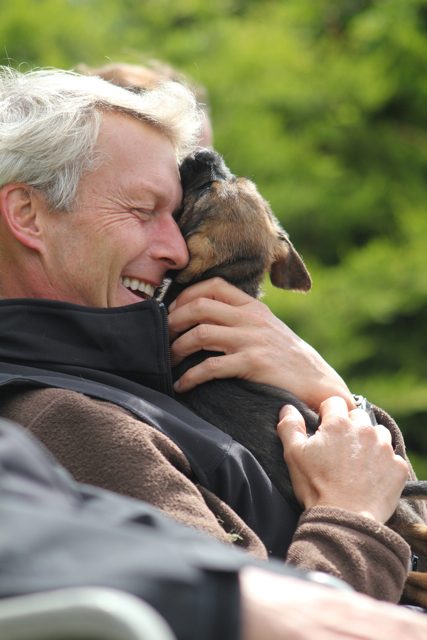 Graeme Thom demonstrates how he plans to spend his free time this winter. Photo by Samantha Clark.

The New Zealand eventing team’s chef d’equipe Graeme Thom is stepping down from his role after five years in the job, culminating in the Tokyo Olympics and a team trip to CHIO Aachen this season. Interestingly, this is actually the second time he’s resigned from this role: he stepped down just a handful of months after first taking the job in early 2017 due to a flare-up of a spinal issue, though he gamely took the role back on swiftly thereafter to guide the Kiwis through an extended Olympic campaign.

“He has been on the frontline for a rollercoaster of an Olympic cycle which ran for five years and included a WEG and two Olympic preps in succession, with the postponement of Tokyo,” says Jock Paget, who can be found these days in his role as ESNZ High Performance General Manager. “Add that to the numerous changes to senior management, some legends of the sport retiring and a global pandemic, it’s hard to imagine how Graeme managed to finish the year with the same level of motivation and skill to contribute to the amazing success of Fair Hill and Pau. He has been the linchpin, who was tasked with the job of pulling everything together for the HP Eventing Programme and as a result has formed many strong connections.”

The positive changes that Graeme has set into motion will be offer enormous momentum for the eventing squad going forward, Jock says: “He has an incredible mind and has brought some innovative and world class concepts to the team and programme. We are hugely appreciative of Graeme and his time with us. His input has been invaluable and he will always be a part of this team. We wish him all the best for his next chapter.”

At the forefront of the Kiwi efforts is power couple Tim and Jonelle Price, both of whom were full of praise for the Canadian.

“For me personally, he has been instrumental in all the successes – both with the team and at events where I have competed individually,” says Tim. “He has been the lynchpin in terms of the logistical side and all the really important connective tissue aspect of what we do. That has enabled us to do our jobs to the best of our ability and to prepare to do our jobs to the best of our abilities which is where the true success is created. He has been amazing with the preparation and training. We will certainly miss him – no doubt we will still see him out and about but we will always be very grateful for everything he has done behind the scenes, a lot of it thankless – he just gets it all organised!”

Jonelle concurs: “It feels like we are on the cusp of some great things following a difficult time bouncing back from a generational change. We are hugely grateful for his help and guidance in getting to this point and hope we can produce some results in the coming years that will reflect the ground he has made. His professional approach and concise strategy and execution are key factors that we will look to take forward with us.” 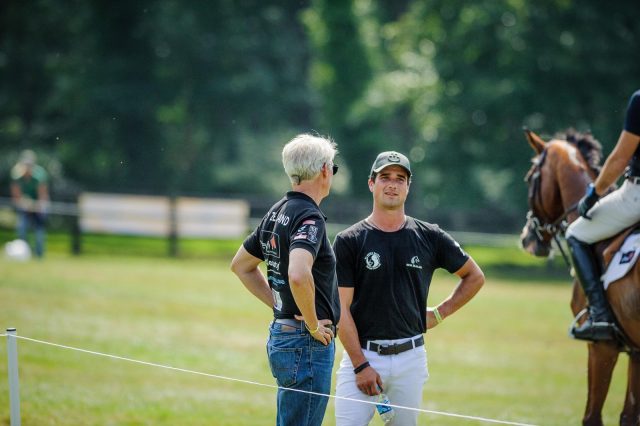 Graeme himself bid a bittersweet adieu to the squad he’s so enjoyed working with over the past five years: “From the riders to the coaches, horse health team, athlete support, selectors, owners and those at ESNZ who have given so much to the team,” he says, going on to credit High Performance Sport New Zealand and the New Zealand Olympic Committee. “Our team, programmes and ability to participate at the Olympic Games would not exist without them.”

Graeme’s modus operandi upon taking the role was not to make enormous structural changes, but rather to make small changes that would reap big rewards — an ongoing process that’s put the team back on the up-and-up.

“I feel a lot of comfort from the buy-in and trust by the riders and staff to the incremental improvements, which have in turn have led to continued good team camaraderie and moral,” he says. That moral became increasingly important during the pandemic, when travel restrictions meant that many competitions were off the table and even training often had to be conducted remotely. But, he says, “when you see the determination of our riders, led by the Prices, to just keep going through these challenging times, it inspired me to make the effort as well.”

Now, as Graeme prepares to hand his role to his as-yet-unannounced successor, he hopes to see more young Kiwi talent come to the epicentre of eventing — and more great horses join the squad, too.

“It is great that a few more riders have made the trek to the UK and that they recognise it is an absolute must if they want to be compared to the best and grow to beat the best. It is important to be looking forwards and managing the gaps amongst our horses – both relative to each other and to the world stage.”

Though Graeme’s plans — for now — involve enjoying some well-earned down-time in one place, he hopes to take on another role within sport in the future. Having previously successfully helmed the Canadian team, it’s not out of the realm of possibility to expect that we could see Graeme taking charge of another squad in the not-too-distant future.

“I will investigate what opportunities may exist and look forward to staying within sport if possible,” he says. “It has been an honour and a privilege to have been part of the New Zealand eventing team.”