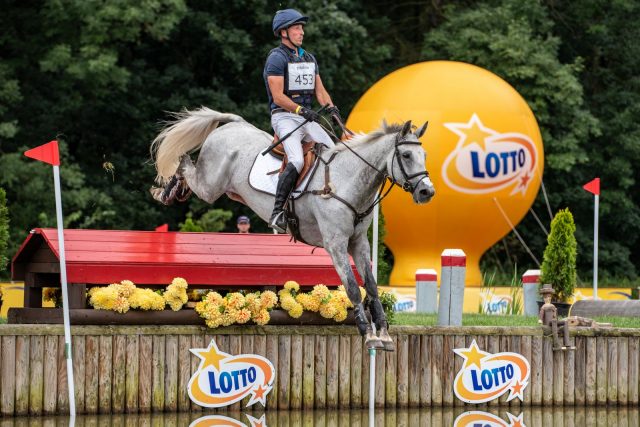 With Luhmühlen in the rear view, what’s our next big-ticket eventing item? Turn your attention to Poland, where the third of nine legs of the FEI Eventing Nations Cup and the fight for the medals of the Polish Championship take place this weekend in at the hippodrome in Morawa near Strzegom. Almost 350 horses and riders representing 22 countries are set to start across nine cross country tracks from CCI1* to CCI4*-L.

Contesting the Nations Cup leg are 41 entries including teams from Austria, Germany, Italy, the Netherlands, Poland and Sweden. Team stalwarts like Olympians Merel Blom of the Netherlands and Joanna Pawlak of Poland will anchor their squads while those with less experience representing their nations gain valuable experience. Other names worth taking heed of are Christoffer Forsberg, Jan Kaminski, Nicolai Aldringer and more. The division will be live streamed here.

The CCI4*-L is quite stacked, including current Olympic champion, Julia Krajewski from Germany with the Selle Français stallion Ero De Cantraie in his debut at the level, along with several compatriot such as Andreas Dibowski. Jonelle and Tim Price of New Zealand, currently fifth and sixth in the FEI world ranking, will be a force to be reckoned with, bringing forth Faerie Magnifico and Polystar I respectively. The power couple is coming in hot from the 5* at Luhmühlen, where they inhabited three placings in the final top 10 — the highest being Jonelle who claimed third with Faerie Dianimo. You’d think such results would merit a week off or at least a few couple days of staying in one place and sleeping in, but here we are! The USA is represented by Katherine Coleman and Monbeg Senna, a 12-year-old Irish gelding she’s brought along since his young horse days, who was her mount at Bramham earlier this month. We will also see members of the Polish national team including Mateusz Kiempa, Jan Kamiński, Małgorzata Korycka and Kamil Rajnert vying for the national title. View the complete entry list here.

Dressage begins on Thursday, followed by three days of cross country tests set across a total of nine routes, 240 obstacles and a combined length of nearly 35 kilometers.

It’s set to be an especially celebratory event. “Not only the sports competition promises to be exciting. After two years of the Covid pandemic and restrictions for the public, this year we are opening the stands to the audiences and we are planning many attractions,” says Marcin Konarski, chairman of the Organizing Committee. As with so many European events, Strzegom is a model of community engagement and outreach, even to the youngest equine enthusiasts (or enthusiasts-in-the-making!) In the Little Fan Zone, kids are able to ride a pony, learn how to groom a horse and meet the stars of the show. A special part of the program is a mini cross-country, performed by children on ponies, while the unmounted are encouraged try their hand at the jumping competition on foot. Admission is free, with a nominal charge for parking.