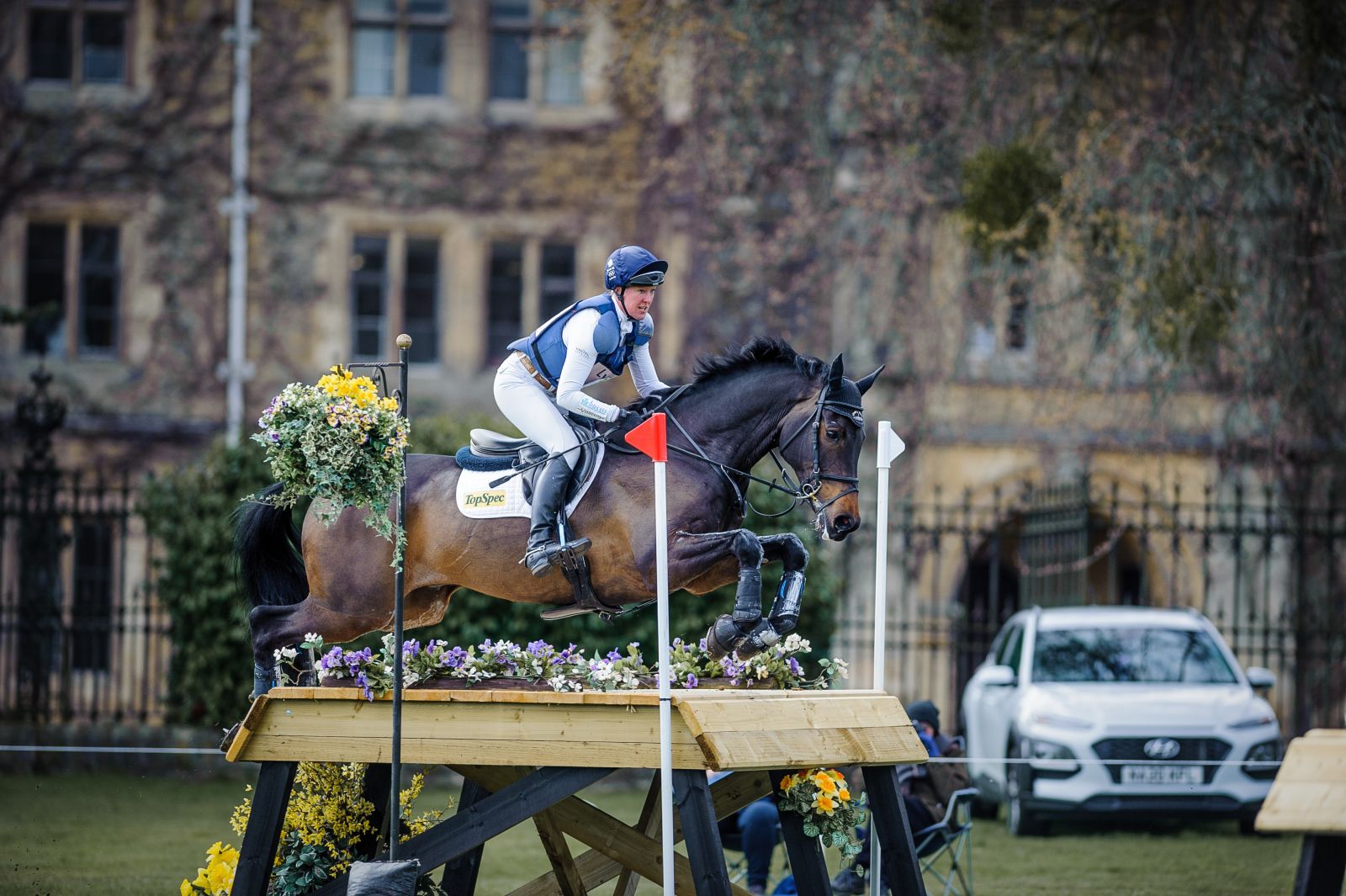 [UPDATE: May 15, 8:00 p.m. EST] Nicola Wilson’s team has shared the latest update on her condition on social media:

“An update on Nicola, she is still in the icu at Southmead Hospital in Bristol following her fall from JL Dublin at Badminton Horse Trials on Saturday 7th May.
Nic is still in intensive care, and is expected to remain there for the next week to ten days, before being moved to a spinal unit closer to home. She remains comfortable and in good spirits.

Dubs is happy and content, and is enjoying the sunshine and the spring grass.

Nic, Alastair and Mary would like to thank everyone at Southmead Hospital for the outstanding care and attention she is getting from the expert team there. They would also like to say how grateful they are for all of the messages of support they have had.” 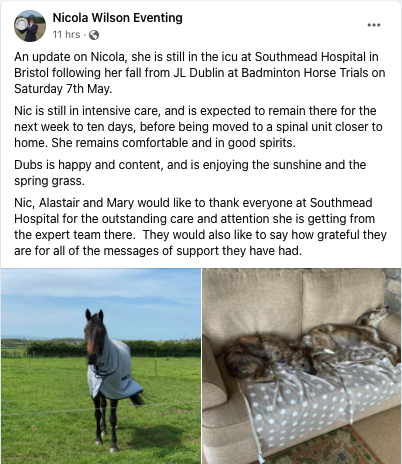 British Eventing has reported the latest update on Nicola Wilson, who had a scary fall on cross country at Badminton with JL Dublin. The pair fell at fence 27, a boxy corner after the Mars M, and Nicola was taken to Southmead Hospital for observation following. JL Dublin was reported to be resting comfortably in his stable.

Nicola Wilson was taken to Southmead Hospital in Bristol following her fall from JL Dublin at Badminton Horse Trials on Saturday 7 May where she has received outstanding care and attention from the expert team.

Nicola is in intensive care and will be for the next week or so. She is able to breathe independently and is talking. She sustained no head injury.

There are several spinal fractures but these are all stable and will not require any surgical intervention but will be managed conservatively.

Other acute symptoms from the trauma are being managed in intensive care by the specialists at Southmead.

British Equestrian’s Athlete Health Lead Ashleigh Wallace and Chief Medical Officer Anna-Louise Mackinnon have been working with Nicola’s family and the team at Southmead to ensure all medical information is shared fully across the teams so that care and appropriate support is optimised.

Her horse, JL Dublin, owned by James & Jo Lambert and Deirdre Johnston, is now back at Nicola’s base in Yorkshire and will be monitored by the team but appears none the worse for his fall.

Nicola, her husband Alastair and mother Mary Tweddle would like to thank the team at Southmead for everything they have done so far. They feel incredibly supported by their eventing family and appreciate all the well wishes and messages received.

We will continue to provide updates on Nicola and wish her a safe and quick recovery — we’re so relieved to hear that she’s making progress and under supreme care.