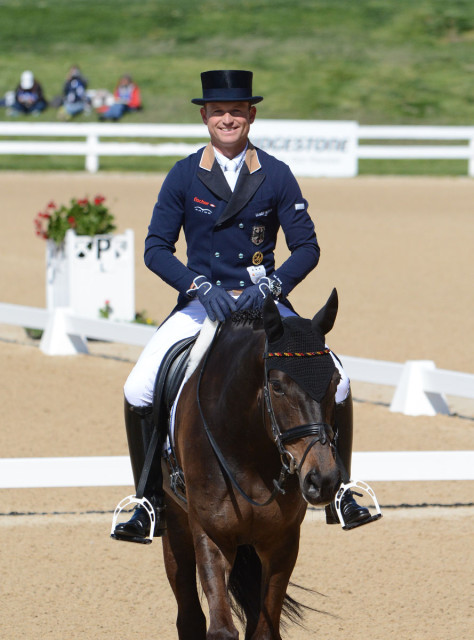 I’d be smiling like that too if I just scored a 39.3 at the Rolex Kentucky Three-Day Event with my best horse still to come. As expected, Michael Jung took us to school in the sandbox this morning aboard his individual WEG silver medalist fischerRocana FST, breaking the 30s threshold to hold the lead at the lunch break on the first day of dressage.

And we’ve yet to see La Biosthetique Sam FBW, who will go in the final group of the day tomorrow and scored a 33 the last time he stepped foot in this arena at the 2010 WEG. With a stacked field of the world’s best, every group on the order of go features horses that can deliver a seriously nice test, and that’s exactly what we’ve seen so far on a chilly, windy albeit sunny day here in Lexington.

Phillip Dutton and Fernhill Fugitive set the early standard as the second pair out this morning. This is the 10-year-old Irish Sport Horse gelding first CCI4*, and he put in a relaxed, consistent test to score a very respectable 47.3, which puts them in third. Big Phil is coming off a big win last night in Dubarry’s Best Dressed competition after he sported a blue blazer in his cross country colors down the jog strip. 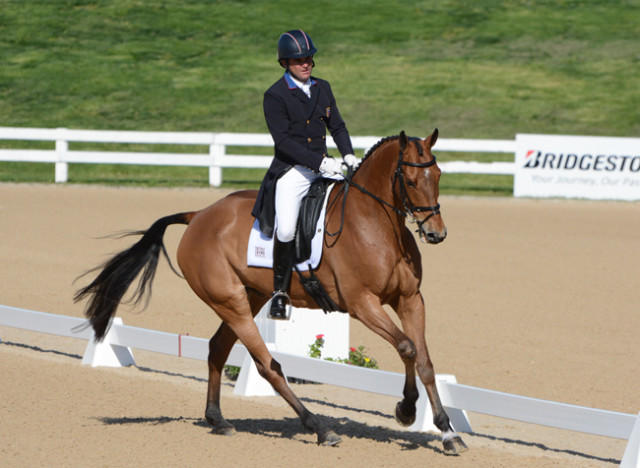 Laine Ashker also won Dubarry’s Best Dressed for the ladies last night, and she received the loudest cheers of the morning by far aboard Anthony Patch, who scored 44.2 to sit in second place with a lovely, workmanlike performance. “Al” knows his job in the sandbox, and the 16-year-old OTTB gelding focused beautifully through the wind to give Lainey a performance she won’t soon forget.

The score of 44.2 easily bests their previous best of 51 at Rolex, and as the score flashed on the leaderboard just as they were leaving the arena, Lainey fought back tears in an emotional moment. After an ill-timed abscess forced their withdrawal during the first horse inspection last year and then being accepted after a tense time in the holding box yesterday, this is what Rolex is all about: 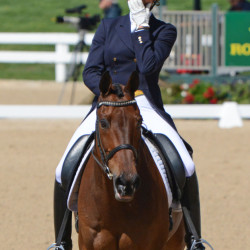 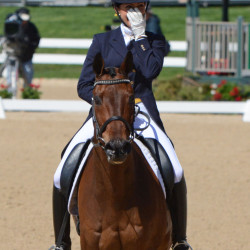 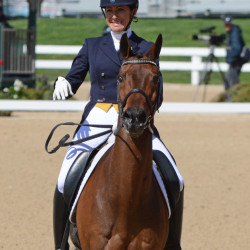 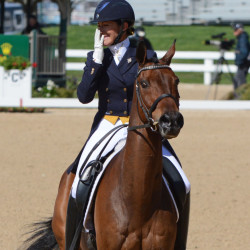 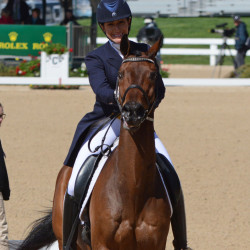 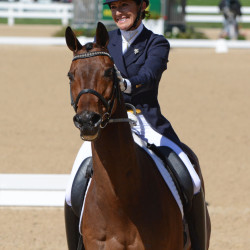 Nicola Wilson and Watermill Vision scored 51.8 as the first combination out for Team GBR in the horse’s first four-star test to sit in fourth place in the early going, with Will Coleman and OBOS O’Reilly rounding out the top five on a score of 52.6. We have to send a shout out to Colleen Rutledge and Shiraz for delivering their personal best CCI4* score of 60.3 in the No. 1 draw spot, which puts them in eighth place.

Caitlin Silliman and Catch A Star will kick us off after the lunch break at 1:08 p.m. EST, and we have a number of exciting horses and riders set to go this afternoon, with Francis Whittington and Easy Target another pair that could deliver a score in the 30s; they scored a 36.2 at Badminton. If you’re not watching live on USEF Network, what are you even doing with your life?

If you can’t watch the action live, be sure to follow our open thread, or follow our live tweets or offer your thoughts in our live blog — or do all three! Follow along with all EN’s live coverage here, and keep checking back for much more from Rolex. Go Eventing. 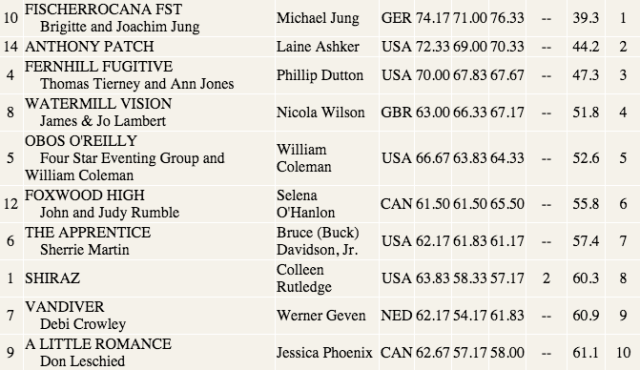