Montana wildlife is no joke.

Hannah Sue Burnett and dressage leader Cooley Dream were the first to strike out on Rebecca Farm’s big, testing CCI3* cross country track. Their day came to an early end when a moose walked right out in front of them at the big water complex, which also boasted a large population of extremely large trout and at least one bear with its paw in a honey pot. 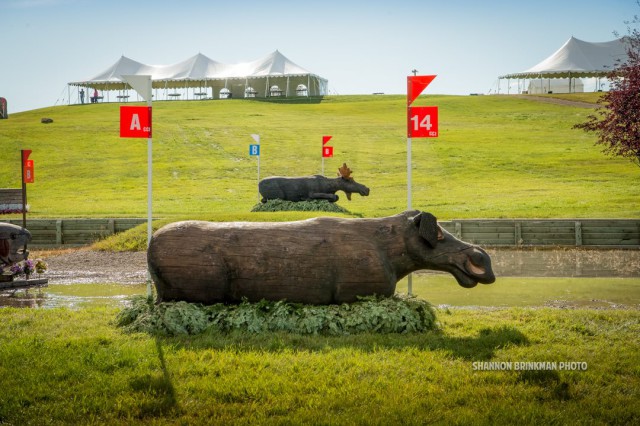 OK, so the moose was probably there when Hannah Sue walked her course. But the large crowd on the hillside wasn’t, which seemed to be what Hannah Sue’s young horse was distracted by as he headed from the big waterwheel drop into the water (11a) to the moose skinny out (11b). He didn’t quite get a read of the second element and chested it, spilling his pilot and squashing her a bit in the process.

She was on the ground for a few moments with her breath knocked out, and as they carted her off course in a golf cart I wasn’t alone in thinking we’d seen the last of Hannah Sue today.

But you better believe that as she was lying there in a crumpled heap, she was already inventorying her body parts and plotting her revenge on that damn moose. And not 40 minutes later we looked up and there she was, bursting from the startbox like a slug from a sawed-off shotgun on her second CCI3* ride Under Suspection. The 12-year-old Holsteiner mare owned by Mary Ann Ghadban was in second place after dressage, and Hannah Sue isn’t one to go gentle into that good night.

We were all holding our breaths as she once again took aim at the wildlife-infested water complex that had caught Cooley Dream in its snare. Down the big drop they went, and “Pippi” stuck the landing like an equine Kerri Strug: one down, one to go. They began their bending line toward the moose. 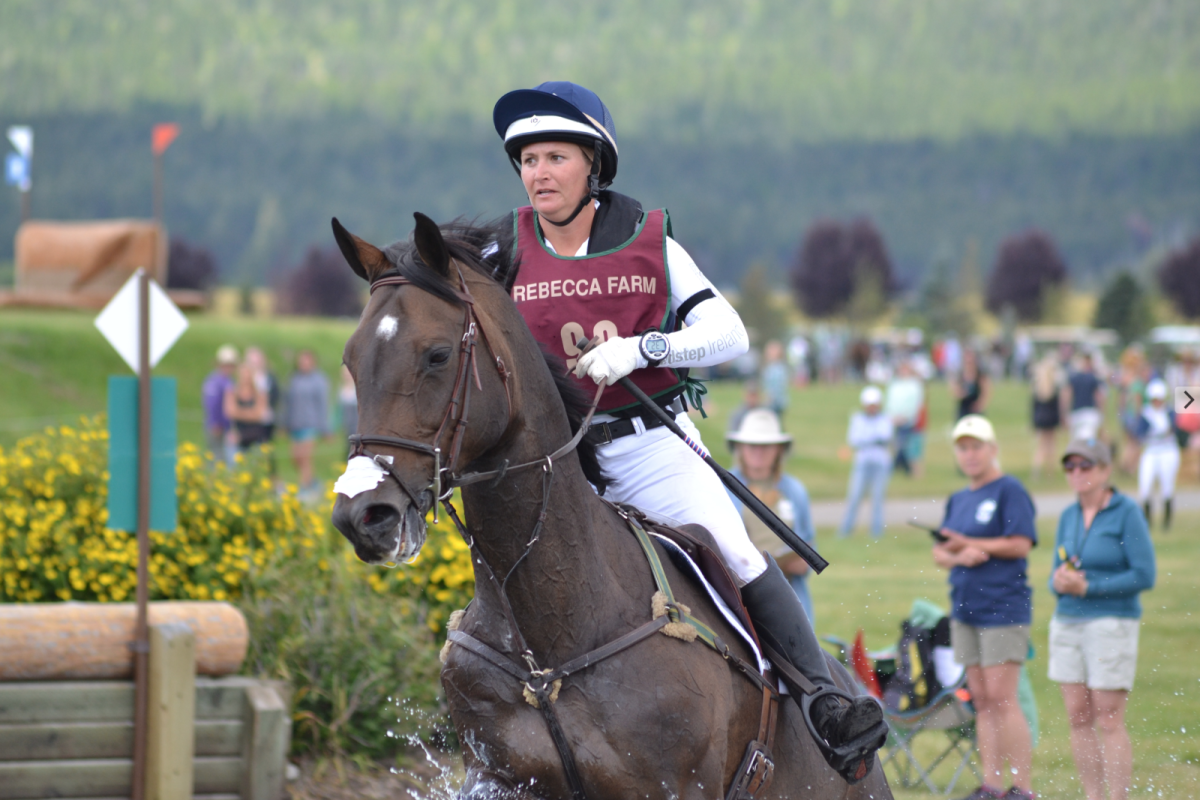 I’m coming for you, Bullwinkle. Photo by Leslie Wylie. 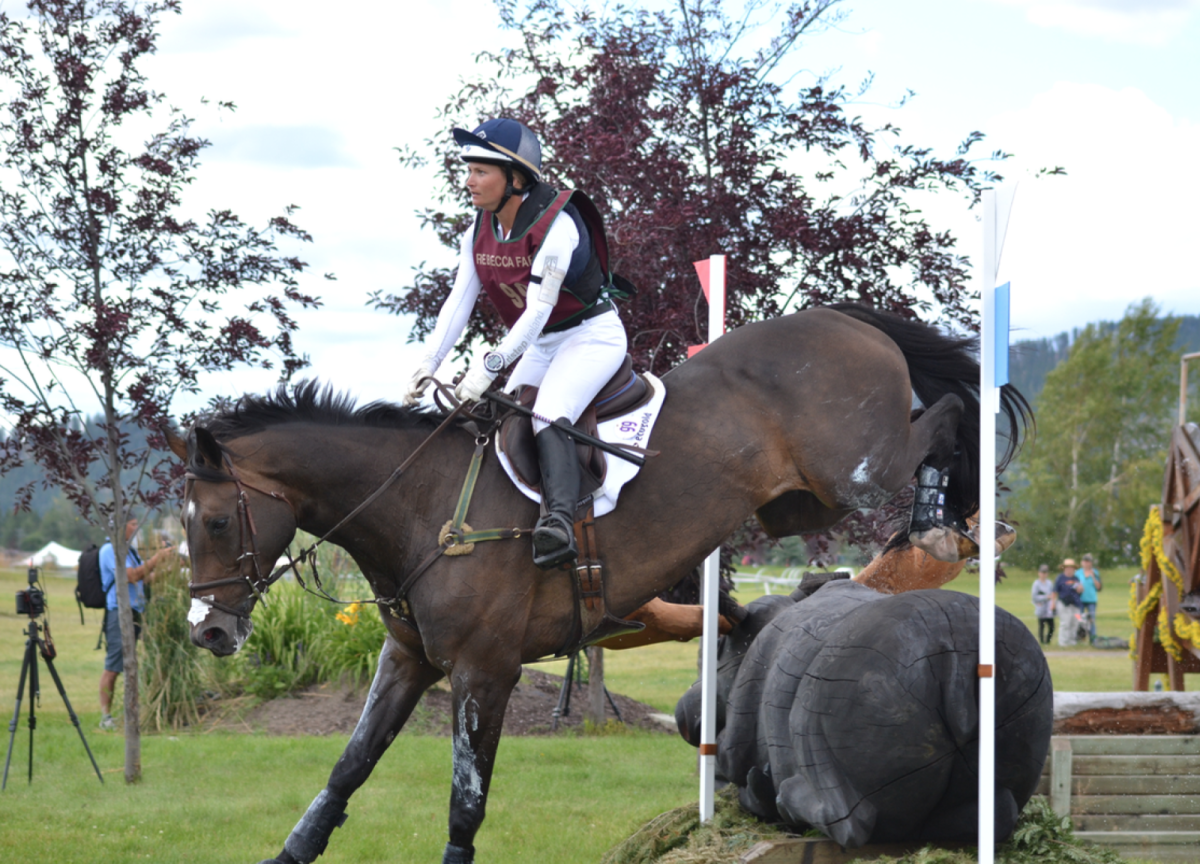 … then it was in the rearview like stinky roadkill and they never looked back, turning in a double-clear trip that boosted Pippi into the lead. If you win tomorrow, Hannah Sue, maybe instead of a trophy they’ll let you take that moose’s head home with you to hang over the mantle. 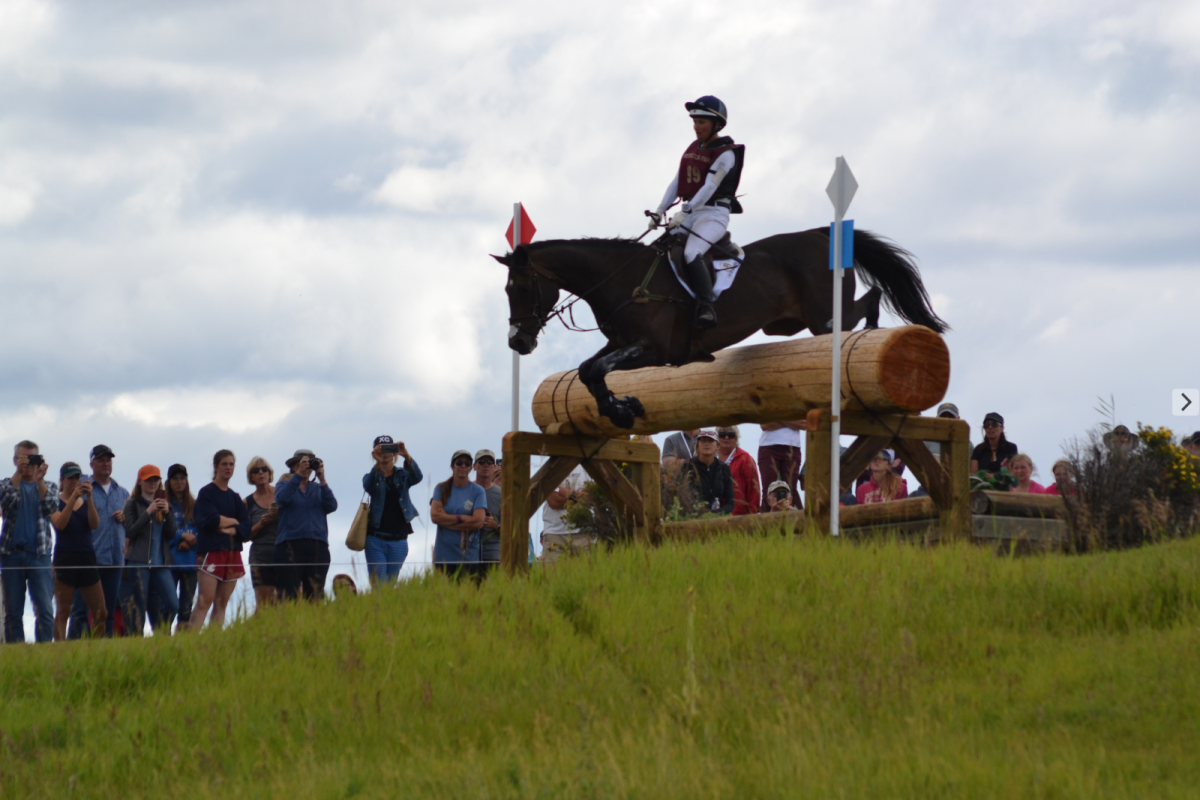 Hannah Sue Burnett and Under Suspection. Photo by Leslie Wylie.

Second-placed Buck Davidson and Copper Beach haven’t left them much breathing room, however. The pair lurks just a tenth of a point behind after their own pedal-to-the-medal tour de cross country. 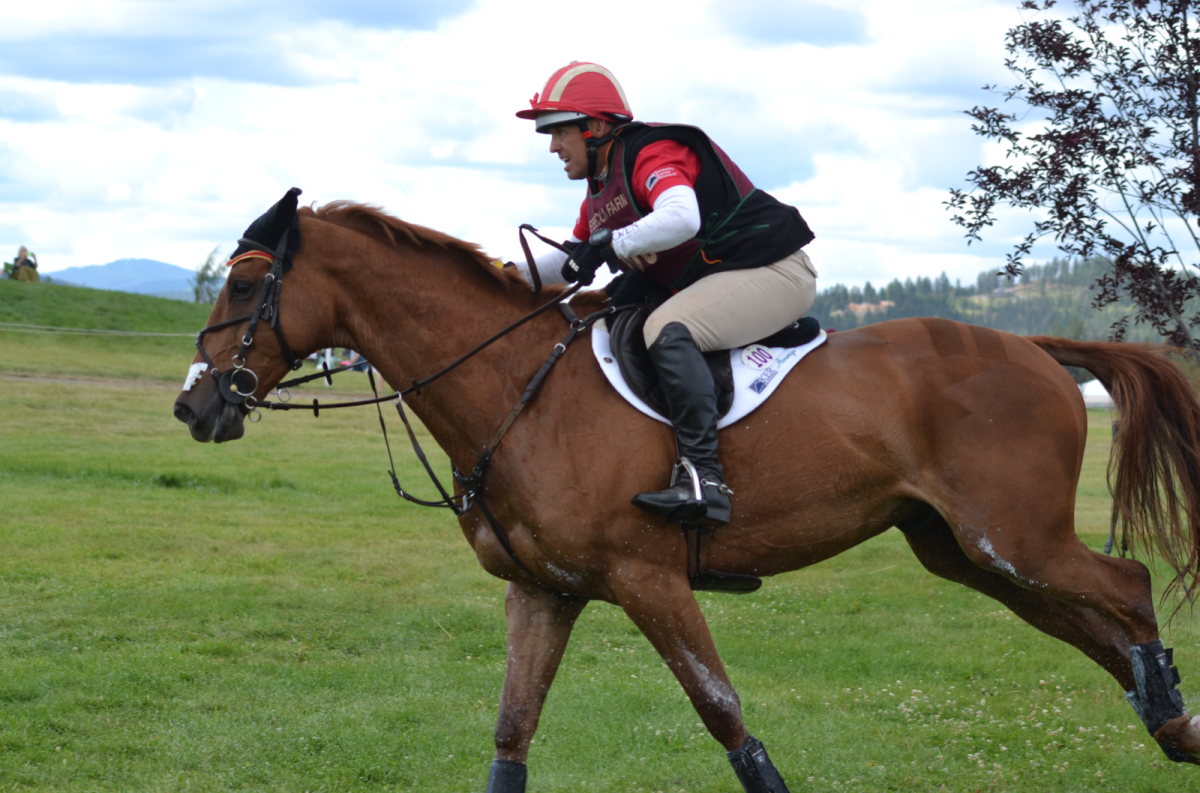 In third place is Hawley Bennett-Awad and her new ride Jollybo, whose aggressive yet agile cross country style seems to mirror Hawley’s own. 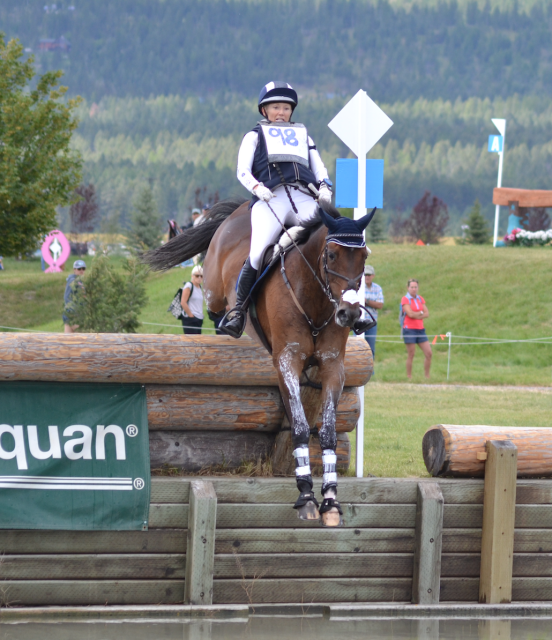 The top three CCI3* riders, plus Barb Crabo who is leading the CIC3* cross country on Eveready, kindly recap their days for us:

I’ll be updating this post with more info and photos soon so check back, and stay tuned for a CIC3* report as well. 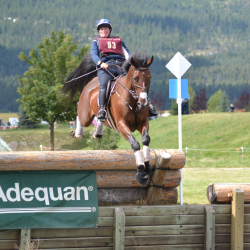 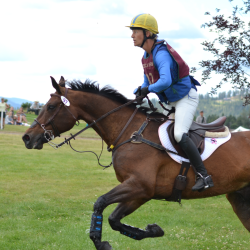 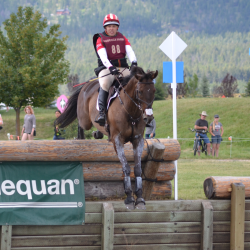 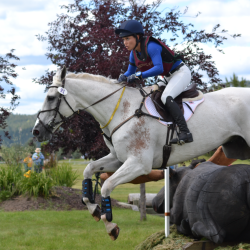 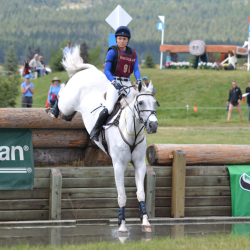 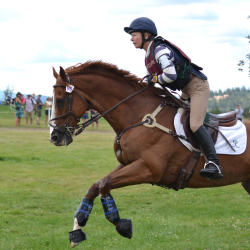 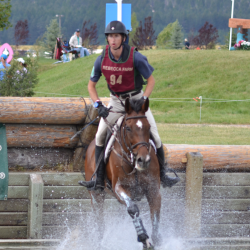 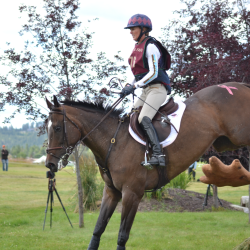 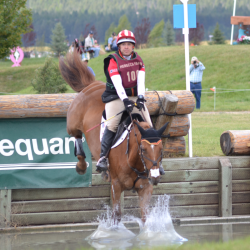 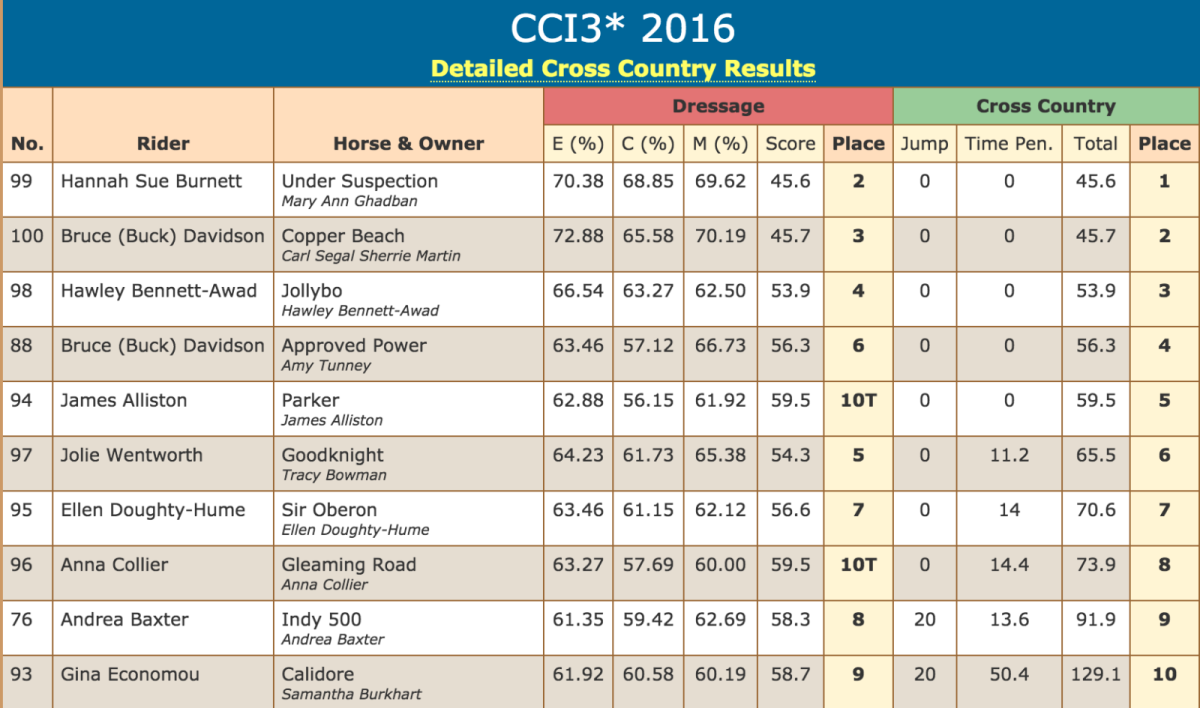 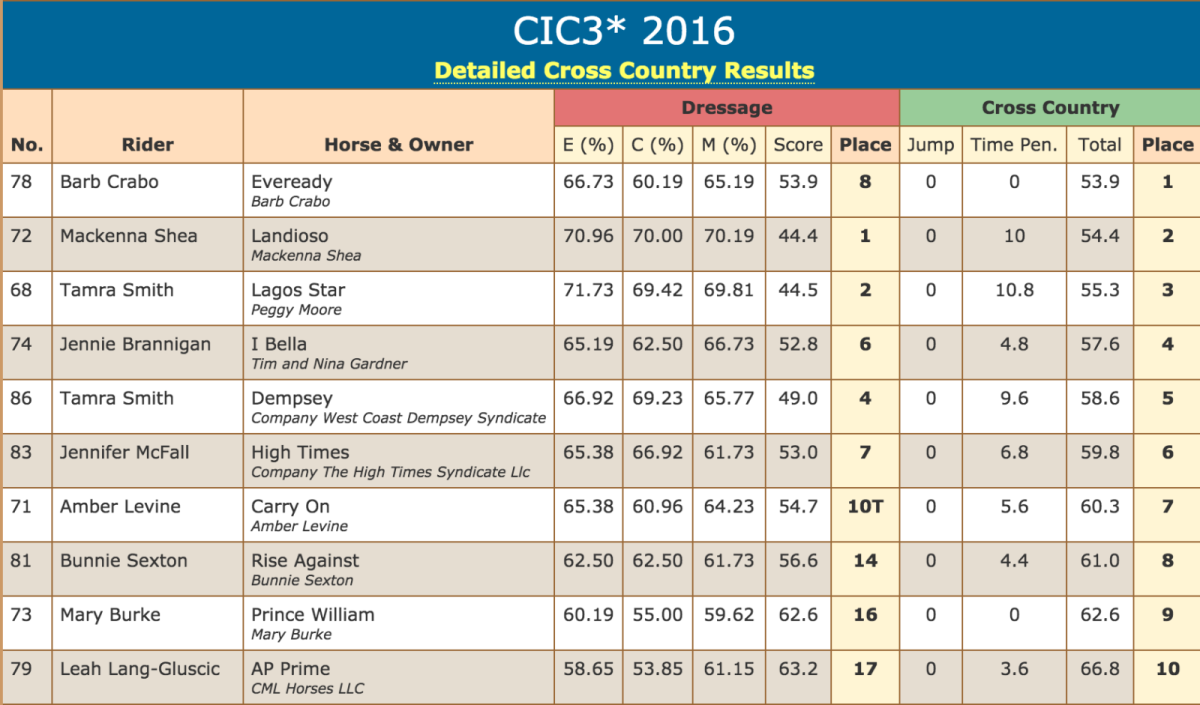