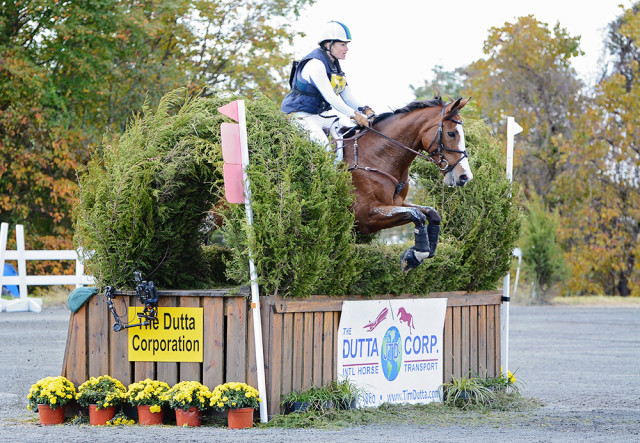 Nora Battig and Steppin' Out on their way to a 14th place finish at the Dutta Corp Fair Hill International CCI2* in 2015. Photo by Jenni Autry.

Our thoughts are with Nora Battig and her team after Steppin’ Out, her 11-year-old Trakehner/Thoroughbred mare, was euthanized yesterday in Ocala due to complications from a ruptured colon.

Bred in California by Heidi Wangler, Steppin’ Out was by the Trakehner stallion Rumpleminze and out of a Thoroughbred mare, Linda Woolsey. Kristi Nunnink helped Nora find “Stevie” as a 6-year-old in 2011. Nora produced her from Training level, and Stevie made the move with her to the East Coast when she relocated to work for Buck Davidson in 2012.

Nora and Stevie successfully made their Advanced debut in 2013, landing themselves on the USEF Developing Rider List for two consecutive seasons. They completed eight FEI competitions in their career together, including finishing in the top 25 twice at the Fair Hill CCI2* and completing Plantation Field CIC3* in 2013. 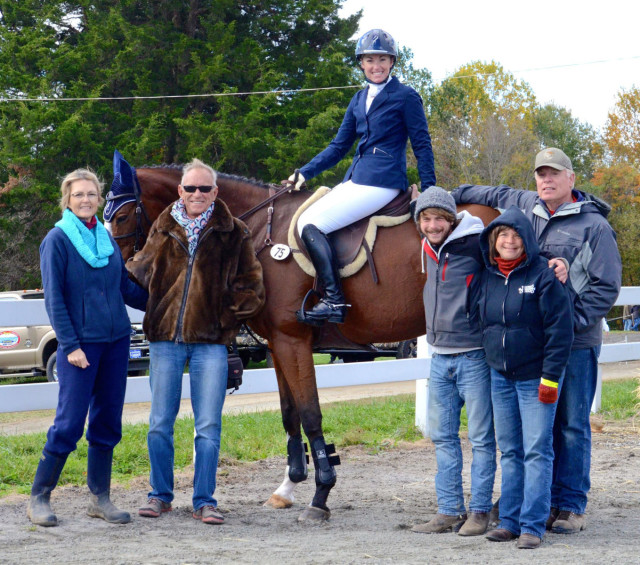 Nora Battig and Steppin’ Out at Fair Hill 2014 with Zachary Leamer, their families and her coach, Bruce Davidson. Photo by Lisa Thomas.

“She was a horse meant to be a turn around, but she kept showing us at every level just how special she was,” Nora said. “She wasn’t the fanciest mover or the scopiest jumper, but she always gave me her whole heart; every stitch of hair on her was world class. I will never be able to thank her enough for everything she gave me.”

Nora’s boyfriend, Zachary Leamer, groomed Stevie many times at events and wrote a beautiful tribute to the mare. As Nora explained, “I can’t bury her, as I don’t have my own farm, so this is the closest thing I have as a way of laying her to rest.”

Read on for Zachary’s tribute:

“I was really quite lucky to have had the chance to groom this horse. This mare was one of those horses that always carried herself in a way that said, ‘Don’t worry, I know what to do, just trust me,’ and trust her we did. Thankfully, I got to spend countless hours with her, learning.

“When I was rehabbing from a broken femur and hip, she was the first horse I sat on. We knew she would have a kind step and class for a broken unbalanced jockey on her back (on the second day of rehab she took me sailing over fences out in the country — foot perfect).

“She taught me my first real lessons about watching a horse and rider pair from the ground. Watching her from the sidelines as Nora would play in the sandbox or gallop down to a giant table was when I really heard the voices of past trainers in my head and started to grasp an understanding of what is expected of both horse and rider.

“Again, I was lucky to be able to groom on her. She had a coat that shined like a brand new copper penny (it was the kind of coat that made you think for a moment that you knew what you were doing with a brush and rag — but in reality her coat was just that beautiful).

“I was never prouder of walking next to a horse then when I would go down to the ring with her and Nora or pick the warm-up fence that we would use for the next five minutes before the buzzer would sound. Speaking of the warm-up ring, she and Nora were the best pair to prep for the third phase. You didn’t have to say anything — just watch them, and you knew just when and where to put the cups and rails.

“She was a horse that made me realize how much more about being a horseman I have to learn, but she did her damnedest to get me started that she could. This mare was born to please; she always stood stoic and tall with a sweet glint in her eye. It will be a long time before she gets replaced in my life.

“But in the end I am just so happy for all she graced us with. So, Stevie, flash me that begging look one more time, and I’ll reach deep in my pocket and dig out that last treat I wish I had been able to give you. RIP old girl.” 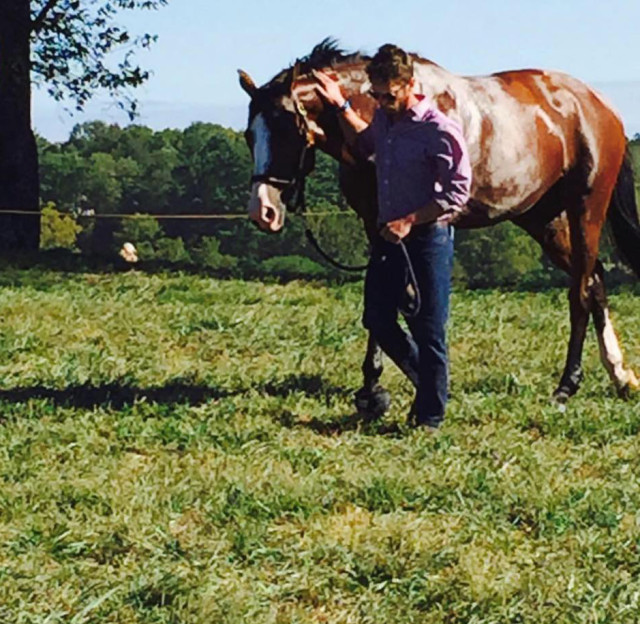 The EN team sends our deepest condolences to Nora, Zachary and all who knew and loved Stevie.