The Monart Select Elite Event Horse Sale, held in Co. Wexford, Ireland, Nov. 7-8, is among the equestrian world’s most well curated auctions. Every horse in the catalogue has been selected by a panel of four-star event riders — Polly Jackson (GB), Niall Griffin (IRL) and Bill Levett (AUS) — and vetted by former Team Ireland vet Marcus Swail. Previous sale graduates have gone on to big things, one U.S. import example being Charlie Tango, a 9-year-old Irish Sport Horse purchased at the 2011 sale, who has had several top finishes at the three-star level with Heather Morris.

Being a clearinghouse for top-notch prospects, the auction is well attended by a who’s-who of European eventers. Among the 2017 shoppers: Oliver Townend,Gemma Tattersall, Emily King and Sam Ecroyd of Britain; Kai Ruder and Jorg Kurbel of Germany; Astier Nicolas of France; Giovanni Ugolotti of Italy; and Austin O’Connor, Michael and Trish Ryan of Ireland, among others.

We were excited to see several North Americans in the mix as well!

Katlyn Hewson-Slezak of Canada is coming home with the highest bid-upon horse, FLS Piltown Bay [video], who sold for €29,000. 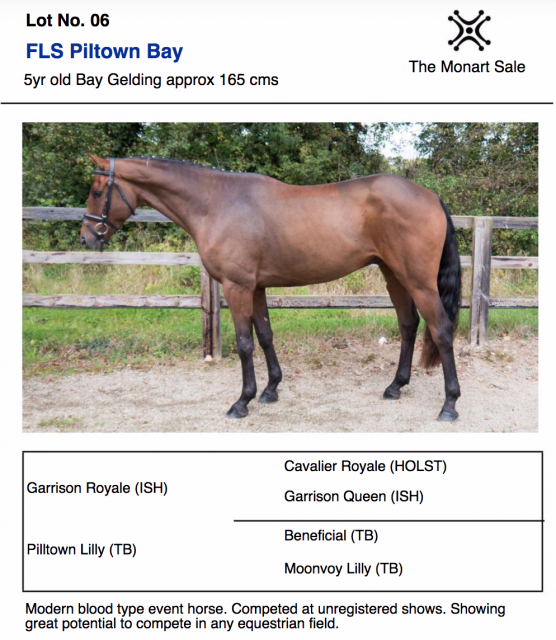 “This is our third trip to the Monart Sale and we love coming!,” Katlyn says. “We have just sold last year’s purchase to an exciting up and coming young Canadian rider and are looking forward to watching them progress. As for my purchase this year, I am keeping hold of him and will produce him with the top levels in mind.” 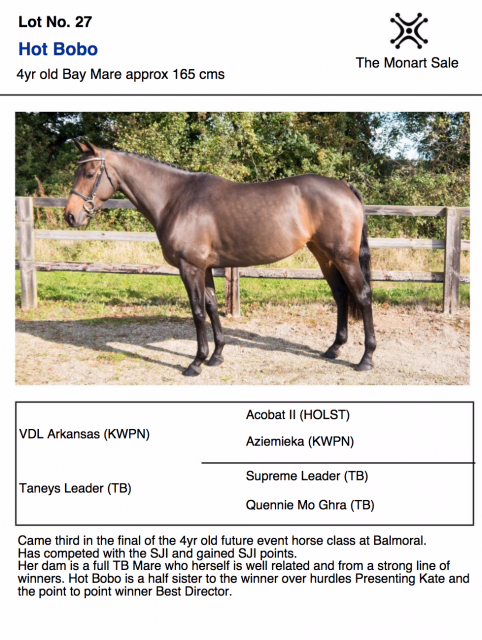 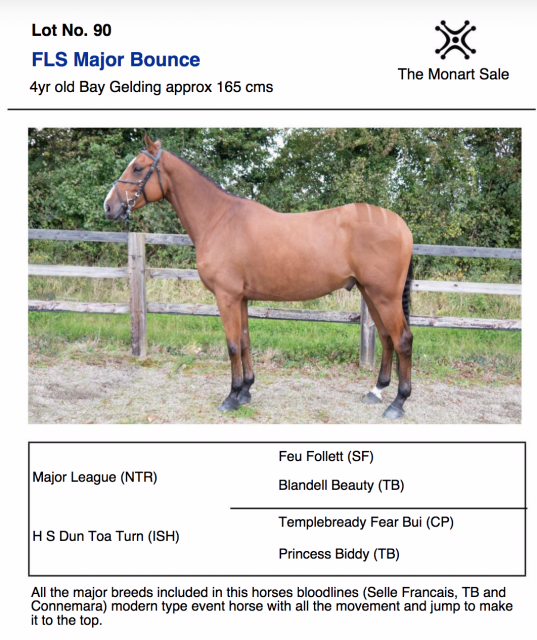 “We love the Monart Sale and we were able to get a really good feel for the horses again this year,” Katlyn says. “The opportunity to try as many horses as we did was really valuable and I am very excited about my new boy’s future, he’s a really sweet horse and the vendors were happy to talk us through anything we wanted to know.”

Avery Klunick will be bringing this flash youngster home to California [video]: 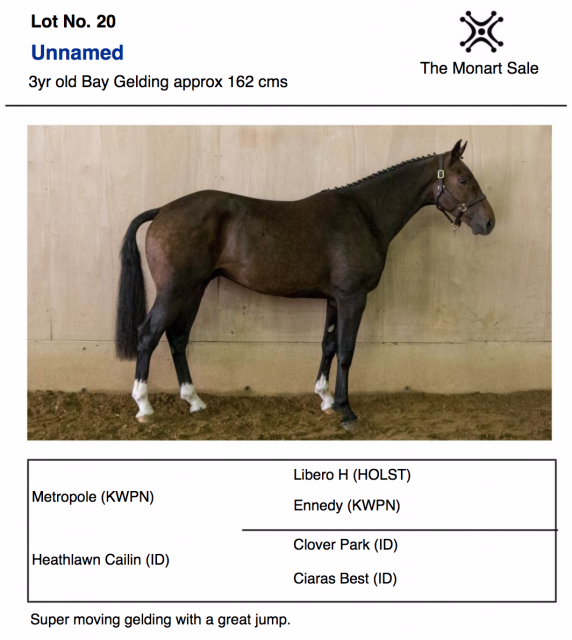 Ryan Wood picked up two good-looking 3-year-old prospects to bring along, which he does so well [Master Brooklyn video, Ballymurphy Bob video]: 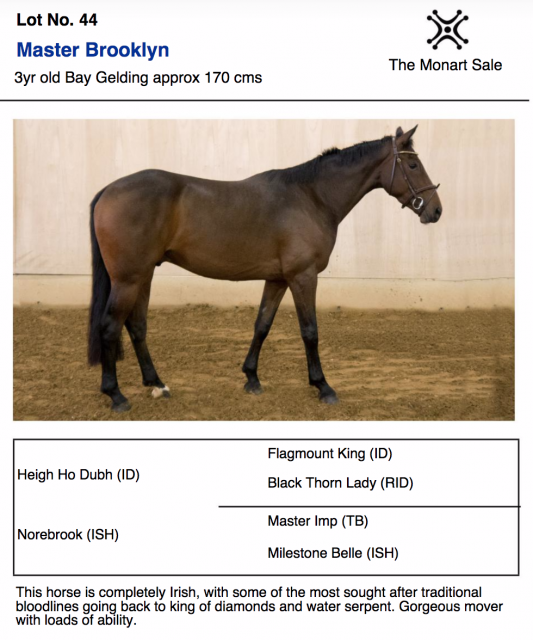 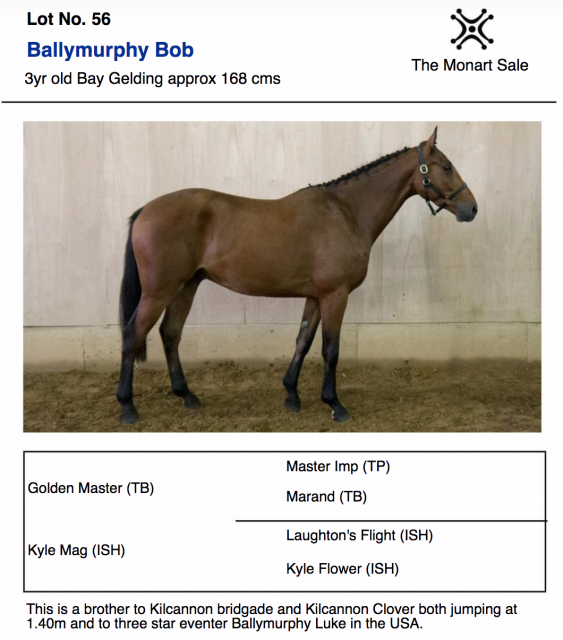 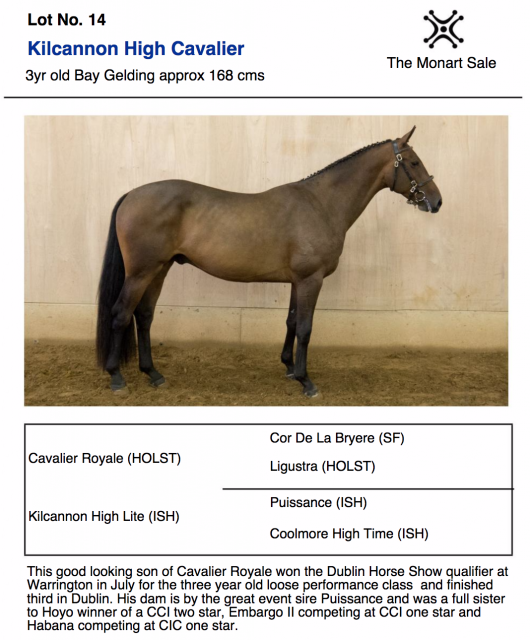 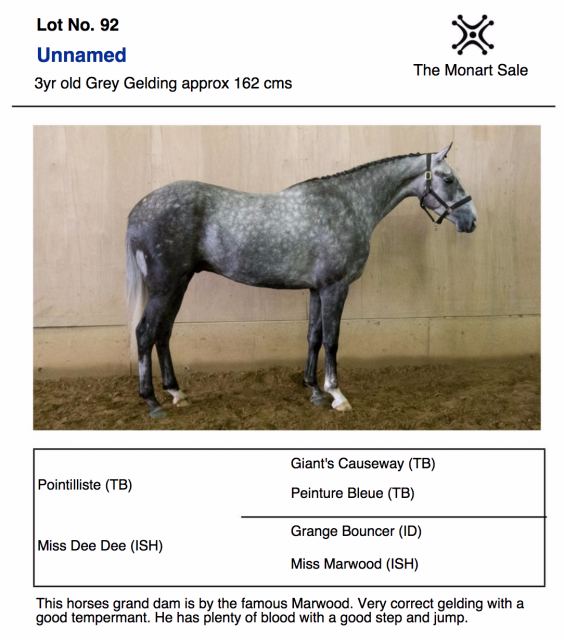 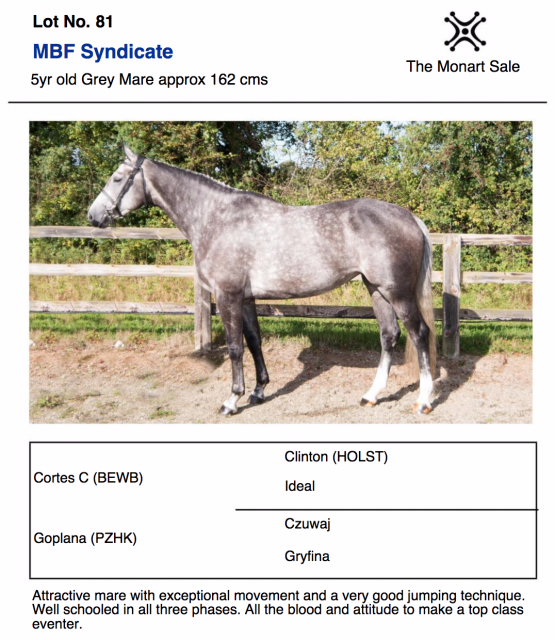 Jackie Molina succumbed to a crush on this handsome Romeo [video]: 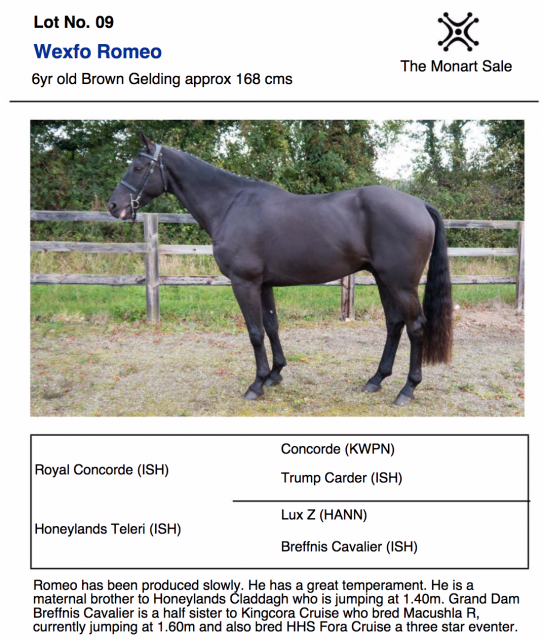 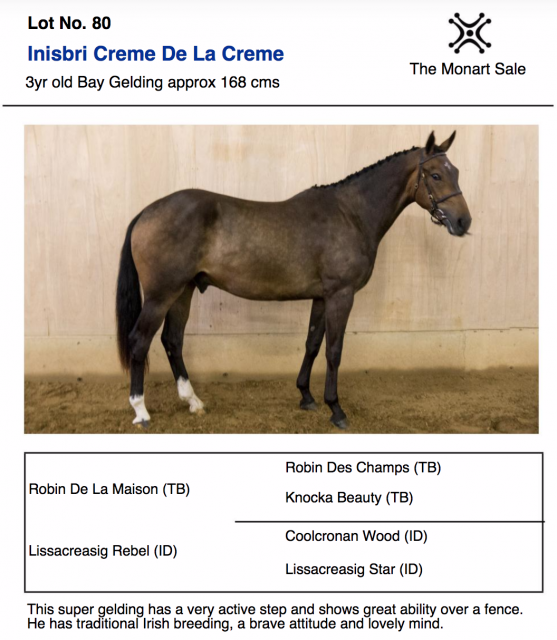 Looking forward to following all of their careers stateside! Click here for complete sale results.