I started saving memes about ruts vs. changing your life about four months ago with the idea that I’d write a blog reporting in a year later from the other side of completely changing my life. But then this virus happened, and everyone had to completely change their lives. Then I realized that just means that you all have been forced to be brave enough to do it, I chose to do it. But here we all are.

So let me start with a defense of ruts, literal and figurative; this too may not be as hard now that the rest of you have felt the loss of balance that comes with having no ruts to follow. All those of you who have dragged your wheelbarrow through 18” of snow, know that the more times you follow the same path, the easier it gets. That’s what ruts do for you — they make your path smoother, faster, easier. Also those of you who have driven your Prius with its vast 3” ground clearance along the ridges between ruts on Vermont spring muddy roads know that riding the rails between ruts takes skill, balance and commitment (you can’t wimp out halfway through the low spot or you’ll fall in) but that too helps you get where you’re going more easily.

The figurative ruts (read neural pathways) in your mind carry the same benefits. They allow you to shower or commute to work or do barn chores without conscious thought so you can turn your brainpower to pondering that knotty problem you’re struggling to untangle. I clearly remember a time in my life when I was waitressing five days a week, student teaching four days a week, doing graduate classes three days a week and doing barn chores to work off my horse’s board both weekend mornings (I had four total days off from January to April).

There was simply not enough mental energy to focus on all those things, so barn chores were my brain time. I would feed, water, do stalls, sweep, throw down hay and magically, without having consciously thought through anything, have made some decision about something by the time I was done. My brain did it for me when I followed the conscious rut and let the subconscious have time to work. 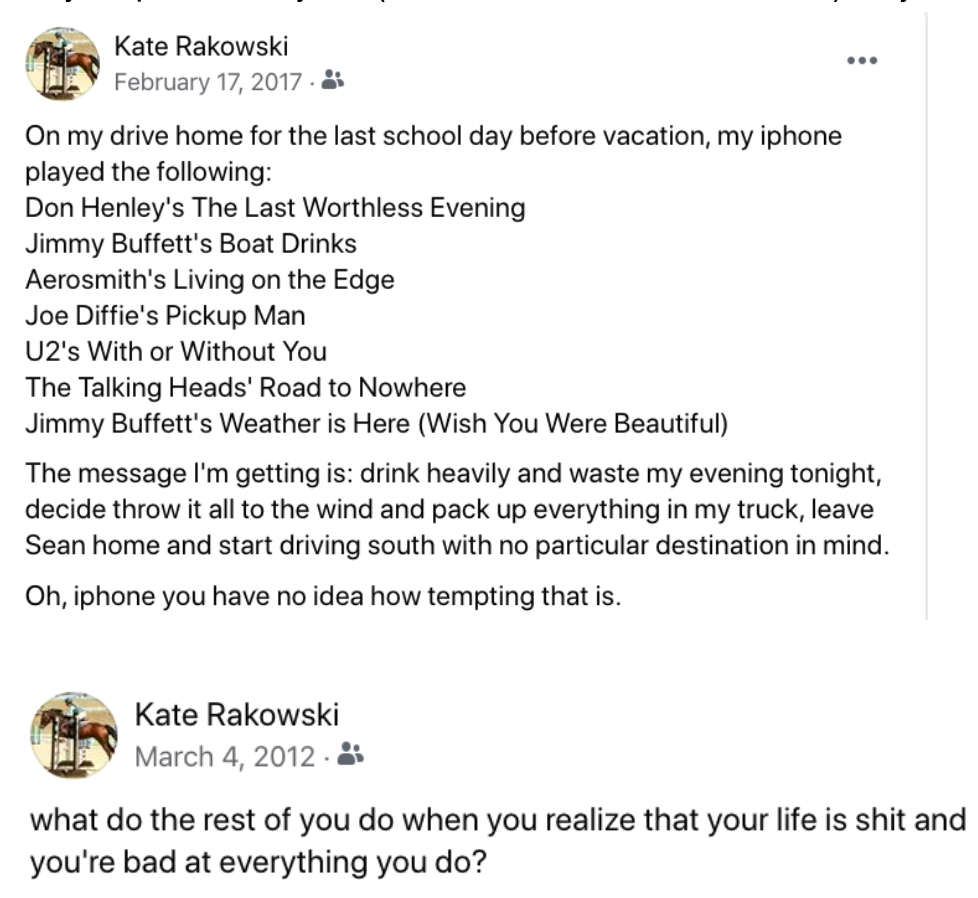 The problem with ruts is when you’re not using them anymore, but they’re using you. Then they get deeper and harder to get out of and you forget to look around and see if there are other routes you can take. Those other paths are almost always there but they are no doubt going to be hard for a while until you find the right one or smooth out the one you chose.

When you’re stuck in a rut and you know you’re in a rut and your rut is so deep that you can’t see outside it, you start posting memes and wishful thinking statuses on Facebook and hating your life. Then pretty soon you end up hating yourself for having that life and not finding a way out of it.

And here’s where your personality and your support system come in. If you can look around inside your life and say, “There are some things here I don’t like, but overall this is where I want to be,” that’s fabulous. Live your best life, enjoy the things you love, rely on your network when you get down, vent about things now and then, go on vacation now and then, and carry on.

However, if you look around and think and feel that you no longer belong where you are there are two choices: change who you are or change where you are. I have never been successful at the former but I’ve alway been willing to do the latter. I’m not saying it’s easy, and it might take you upwards of eight years (note the dates on the status below) but you can do it. 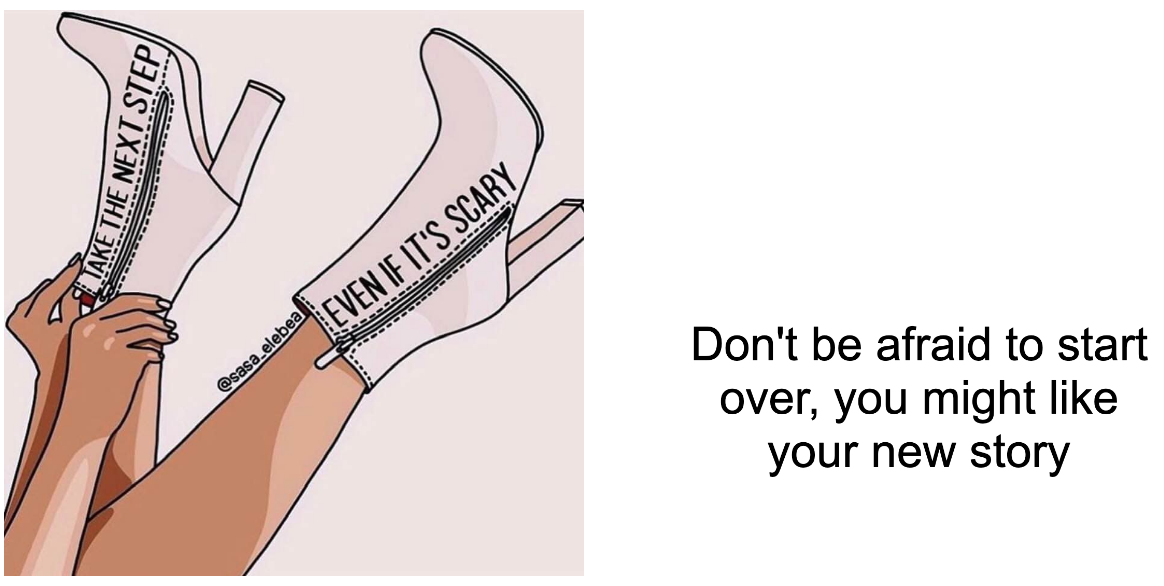 Here’s the thing about forging a new path: It means full mental energy for everything, and it requires trade-offs. If your current life is sucking your soul, you probably don’t have much mental energy to spare. I took the gap year approach to give myself some time to think, which I get is totally not possible for lots of people. However, it’s possible that our currently enforced global stall rest may provide some people with a moment of pause to examine what’s important and what they actually want.

I have a wise friend who once posted something about reframing your conversations to reflect the choices you have. Instead of saying, “I don’t have time to do that,” say, “that’s not my top priority right now,” because then, you can decide when “that” does become a top priority. Instead of saying, “I can’t change that,” say, “I’m not sure where to start,” or, “I need to gather more resources before I can do that,” because then you can make a plan to save money or vacation days or whatever.

When I was a math teacher, I used to insist that students ask an actual question not just say something like, “I don’t know how,” or “I don’t get it.” I found that forcing them to ask an actual question first of all gave them ownership of their learning instead of dumping it back on me, got their brains unstuck which often meant they could answer their own question, and allowed me to give them the kind of help they actually wanted instead of guessing what they needed resulting in both of us getting frustrated.

I think life choices follow the same rules. I realize there are some people in our world who are truly stuck, but for the vast majority of people it’s just not true that you “can’t” do anything different. You might decide you’re not ready, you might think you need more help than you can find right now, you might not know what you want to do instead of what you’re doing now, you might not really want a full-scale change but rather a little break. There are all kinds of reasons you are in your rut and not all of them are bad, but if you don’t recognize it as a rut, you can’t decide if you want to be there or not.

Wilderness etiquette says that if there’s a path follow it, if there’s no path, stay spread out so you don’t wear down a path in a new place. I’m not sure it’s a perfect metaphor for life choices, but I think there is some benefit to each of us doing our own thinking about where we belong instead of just following the path we’ve always followed. I’m here to say that you can do it if you’re willing to give up a lot of things you have now in order to gain something new and hopefully better. 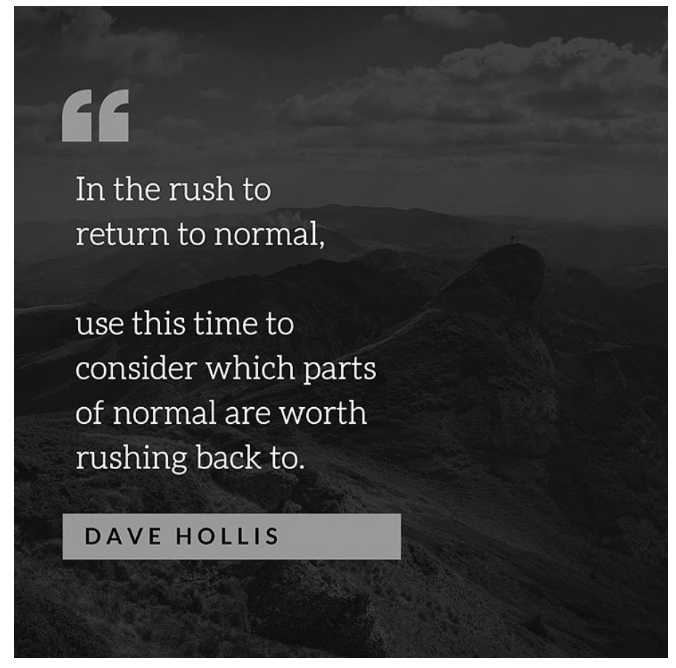 Right now your life is upside down, whether you’re working or not, whether you’re home with your horses or not able to go to the barn. So, if you do decide you want some major changes in life, know that it means you cannot follow your comfortable ruts, you will need to forge new paths on everything from the supervisory structure of your new job to who’s the best farrier in town to where your favorite stuff is in the grocery store. It’s not easy, but easy isn’t alway the best choice.