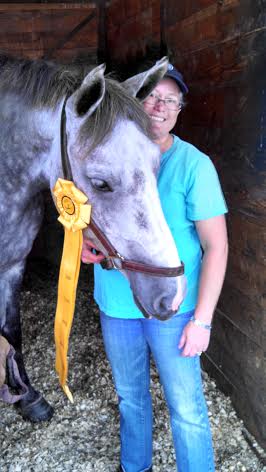 Okay, guys, sorry. I know there are real-life issues right now. I’m still upset about the kidnapped Nigerian schoolgirls, I’m annoyed with the IRS (multiple reasons), and several bloggers I know are on an anti-SEC-trafficking trip to Southeast Asia, which I’m pretty sure I could not endure but commend them for. (You can read about that at RageAgainstTheMinivan and JamieTheVeryWorstMissionary, among others, and if you’d like to fight sex trafficking the group The Exodus Road is doing real-time on-the-streets rescue and prosecution, and your dollars will help them.) Yesterday I went to the library and took out 8 books about Afghanistan, because I read A Thousand Splendid Suns (it was splendid) and still don’t understand Afghanistan, except for the obvious, what a mess. Also, the food pantry at Faith In Action is really low again.

All that’s to say that I haven’t suddenly become oblivious. But I can’t help blogging a ton about horses this week: I am going back to camp.

I love camp. I loved camp when I was 7 years old and camp was a week in buggy woods in tents with “greenies.” (That’s the Girl Scout word for pit-hole outhouse.) I loved camp when it meant washing my hair in a lake when I was 10, and I really loved camp when I was 13 and went to a place where we rode insane wholly unsuitable and dangerous horses, without helmets or instruction, in tennis shoes, a couple times a week. That was awesome. But then, back in 2006 I went to the O’Connor Event Camp, and it was even better – awesome squared. I got to take my horse, I was old enough to drink wine, and my hotel room had a shower, flush toilet, and air conditioning. There weren’t even that many bugs! Plus I learned to control my horse cross country, which ensured my survival to this present day.

When I think back to that camp, the memory that first springs to mind is Karen O’Connor bellowing, “Kim! When I tell you to slow down I at least want to see your SHOULDERS MOVE!” And me laughing. And then slowing down, because that’s not an instructor you want to piss off.

At all previous camps, I had my first event horse, my ever-beloved Gully, who always did his best for me. In 2012 I had to retire him. That summer, just after the Olympics, I bought Sarah, my grey mare. She’s a handful and a hoot and I love her; she hunts first field, goes cross-country boldly, and stands with her forehead just barely brushing my chest, so I can bury my face in her forelock and rub her ears and kiss her. We’re disgusting. So, until very recently, was our dressage.

At first it was simply green-bean lack of steering and balance. You’ll have that in a very large 5-year-old. But last fall, when it should have been getting better, it got worse. She cross-cantered and swapped out of her right lead, and overall was surly about the whole thing. It took awhile, because she never limped, to realize she’d strained a ligament in the back of her right hind ankle.

Luckily we could treat it, and I spent the spring very carefully resting and rehabilitating her. Then I carefully worked toward getting her fit again. And then we started back with the dressage.

It’s like a miracle. Gully never in his life felt this good. I had a dressage lesson with Cathy Wieschhoff during our pony club camp, because if you think I’m missing an opportunity to ride with Cathy you’re wrong, and I didn’t want to stop because it felt so fabulous. Cathy said, “Ask for the canter, by raising your inside rib cage,” and I did, and Sarah did, just lifted into the canter beneath me, on her right lead, natch, and then Cathy told me to do the same thing to ask for the downward, and I did, and it was amazing. The trot floated; the canter rocked. I’ve been practicing transitions all week just for the utter joy of them. It’s like a whole new party trick.

So this is the horse I’m taking to camp: sound, sassy, on the bit, and ready to jump the moon. I could not be happier.

(Except of course for the tiny part of me that longs for Gully, that always will. But I can’t help that.)

You can read all of my blog posts – including ones not about horses – here.