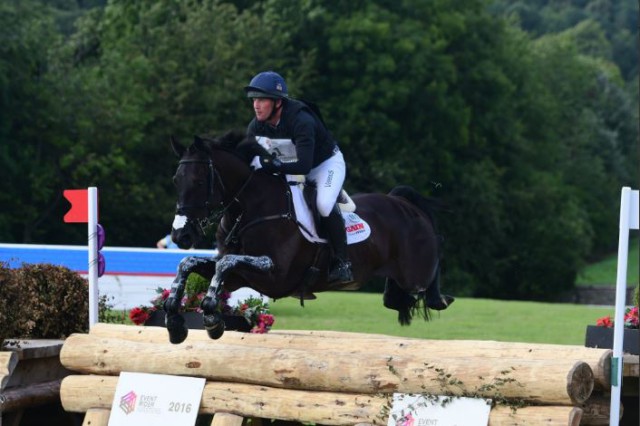 Rio be damned, Oliver Townend embodied the concept of the Event Rider Masters this weekend, truly giving a master class in all three disciplines at the prestigous Gatcombe event. While no one could make the time over the infamously undulating cross country track, Oli and Cillnabradden Evo (“Gary”) added just 10.4 time faults to their impressive dressage score of 39.1 to claim the winning title and a champagne shower on the podium.

“We hope to aim Gary at the remaining ERM competitions this year, as on his day he is a very competitive horse, which he has just proven,” Oliver said. “He was very good today and I feel built for this sort of class, I am delighted for him.  Gatcombe is a special place, I’ve been coming here since I was eight years old and I love it. It’s been a lucky event for me as I think it’s my eighth championship win here. The prize money is pretty good to – I need to make a living and the £16,000 today certainly helps!”

An intimidating show jumping phase set the riders to work in Gatcombe first thing Sunday morning, and shuffled the leaderboard for an unlucky few. Dressage leader Andrew Hoy had a very expensive show jumping round with five rails down, dropping him from first to 19th. The horse appeared to be absolutely game, just not for the right phase. The untraditional order seemed to have gotten to Cheeky Calimbo, who galloped fast and furious into the delicate poles and they wouldn’t stay up for him.

Waiting in the wings to take the top spot was Oliver Townend and Gary, who haven’t had a single rail down in FEI competition since they formed their partnership in 2015. The two kept their record alive today to move from second to first.

Izzy Taylor on KBIS Briarlands Matilda and Thomas Carlile on Upsilon also managed to put in clean rounds, putting them in second and third respectively going into cross country. Paul Tapner and Yogi Bear III had been sitting pretty in fourth place, but had a two rails and a time fault to drop him to ninth. “Show jumping is his weakest phase,” Explained Tappers. “So to have two down is great – was hoping just to have the one down to stay a bit more competitive, but I was really happy with him.”

It was no picnic in Gatcombe Park today as time proved impossibly hard, and a solid 20% did not complete the course. The struggle made Oliver’s fierce but seemingly effortless win all the more impressive.

Izzy Taylor had been sitting in a competitive second place before suffering a run-out. She ultimately paid the price with 20 jump faults and six time; had it not been for the jump fault, she was looking very good to be the one rider to make the time and overtake the lead.

Thomas Carlile and Upsilon managed to hold on to their position after cross country and ultimately pop up a spot when Izzy fell back, finishing their weekend with a triumphant second place finish.

With a score of 55.8 finishing in 2nd place @GatcombeHorse is Thomas Carlile riding the impressive Upsilon pic.twitter.com/1cGDT2Gkub

With the top 20 so close together and the time being so tricky, for those who could go fast and clean, it was a day of enormous opportunity. The poster child of that was third place finisher Elizabeth Power and Soladoun, who rocketed up the board from 16th to third when she went clean and added just 1.2 time penalties to her score in the final phase, finishing on a 56.5.

Tappers finished out his roller coaster of a day by speeding along to cruise back from ninth to his original dressage position of fourth place.

And American Katherine Coleman and her mount Longwood too capitalized on their final phase, adding just six time faults to jump from 31st to 17th.

The penultimate leg of the Event Rider Masters will be August 27th and 28th in conjunction with the Blair Castle Equi-Trek International Horse Trials. 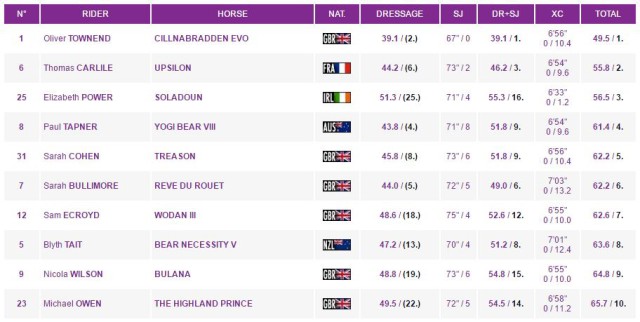