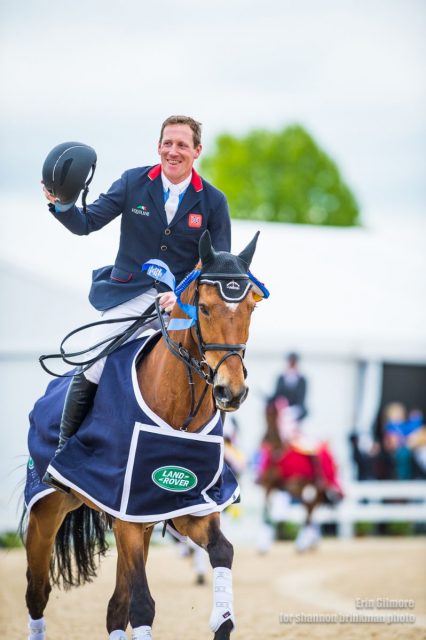 Oliver Townend did not have much room for error coming into the final show jumping phase, but with a jumper like Cooley Master Class, he didn’t need it. The British duo had a masterful clear round to win Land Rover Kentucky Three-Day Event for the second consecutive year.

Oliver and Angela Hislop’s “Coolio,” finished on a score of 25.3 — his lowest five-star finishing score this decade.

“It’s just been a huge team effort with everybody at home. The horse is pure class,  and it’s just my job to press the buttons at the right point in time, and he delivered again. So I couldn’t be more proud for the horse and the whole team at Gadlas farm,” Oliver said of Angela Hislop’s 14-year-old Irish Sport Horse (Ramiro B X The Swallow, by Master Imp). 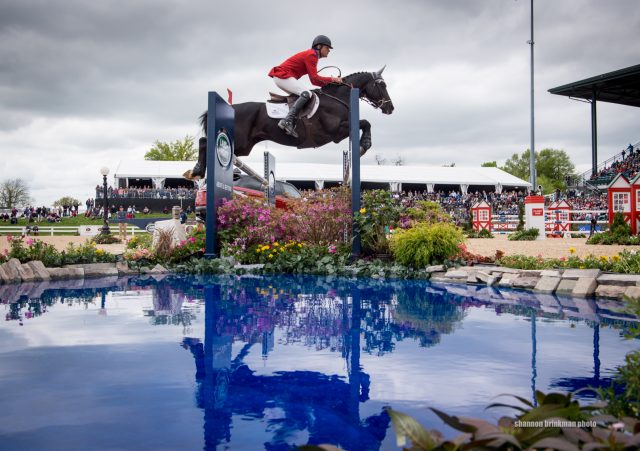 Boyd Martin took the Land Rover/USEF CCI5*-L National Championship title for the very first time after producing a clear round with Christine Turner’s Tsetserleg, a 12-year-old Trakehner (Windfall x Thabana, by Buddenbrock). Finishing on a their dressage score of 27.9, this was the pair’s first double clear round at the five-star level.

“He’s a brave little horse when he gets in the ring,” Boyd said. “I’ve got to say, I do think he loves a bit of atmosphere and a crowd. Obviously last year was a bit of a disappointment year, and then this year he’s come out blazing and I just have a big sort of sigh of relief that he sort of exceeded my expectations and I think he’s only going to grow and get better from this event.” 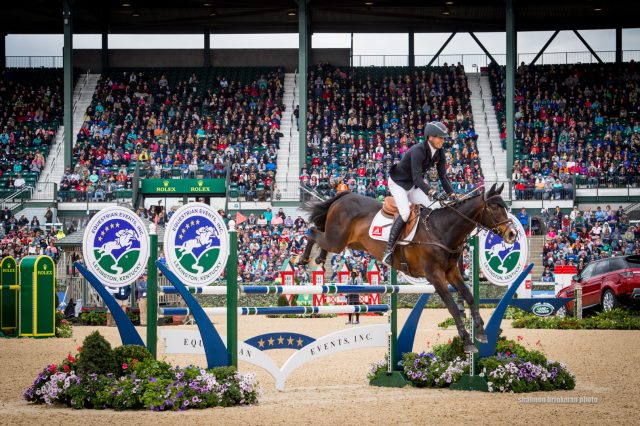 New Zealand’s Tim Price and Xavier Faer, 13-year-old SHBGB (Catherston Liberator x Faerie Dazzler) owned by Tim, Trisha Rickards, and Nigella Hall, were the only other pair to finish on their dressage score, a 30.9, which landed them in third place. EquiRatings predicts this result will make him FEI World No. 1 by the summer.

“My guy is a bit of a surprise, you’re never quite sure what you’re going to get until you get out there. He’s spooky, so in a way he’s quite simple to work with because I know that it’s going to be there,” Tim said. “He’s jumping really well and keeping his shape even. I could feel him looking at the odd things, but he’s maintaining a good feeling so that’s what I think helps us out on a day like today. He’s an exciting horse as he gets more established at this level.” 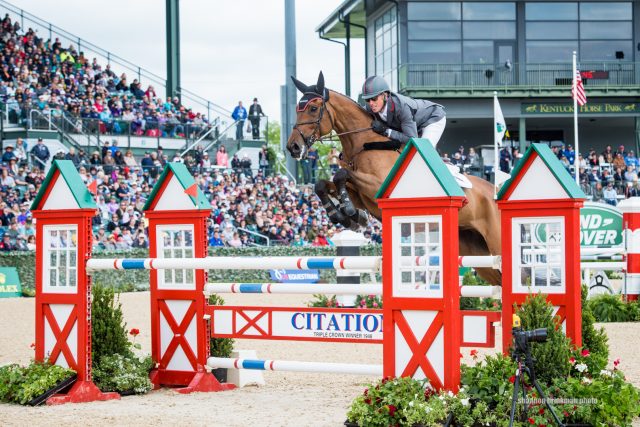 Doug Payne and Vandiver, 15-year-old Trakahener (Windfall x Visions of Grandeur, by Mystic Replica xx) owned by Doug, Jessica Payne and Debi Crowley, secured their first top five Kentucky finish on a score of 35.9 after a double clear round.

Switzerland’s Felix Vogg had one down and 0.8 time penalties for sixth place with Colero, a 10-year-old Westphalian’s (Captain Fire X Bonia, Bormio xx) owned by Jürgen Vogg, on a score of 39.2.

Phillip Dutton and Z, a 10-year-old Zangersheide (Asca X Bellabouche, by Babouche VH Gehucht Z) owned by the Z Partnership, had two rails to finish on 39.7 for seventh place. 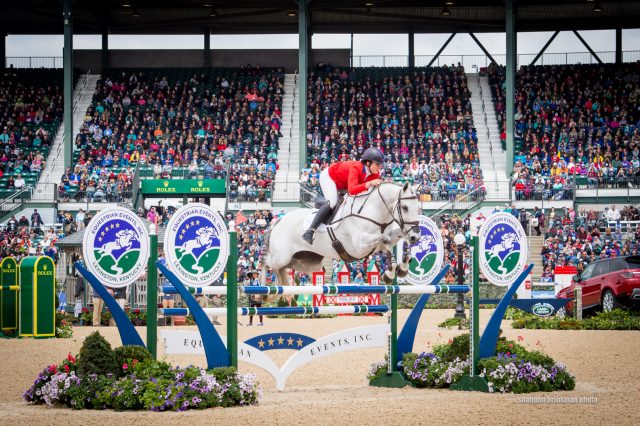 Lauren Kieffer was just one second over the time to finish 8th with Paramount Importance, a 12-year-old Holsteiner (Pasco x Gesche II, by Lois) owned by Jacqueline Mars, on a score of 46.

Lauren was the only rider to finish with two horses. She was also 9th with Jacqueline Mar’s Vermiculus, a 12-year-old Anglo-Arabian (Serazim X Wake Me Gently), who had one rail and 1.2 time penalties for a three-day result of 46.6.

There were 40 rails today. The Land Rover liverpool at fence 8 proved to be the most influential with 11 falling there. Five came down at fences 7 and 11a, which was the first of the triple combination. Fence 1, 6, 11c, and 13 never came down.

Of the 31 finishers, 10 jumped a double clear round today (32.2%). First-timer Dom Schramm was the very first to do so with Bolytair B.

We are so honored to be your Kentucky Headquarters. Thank you to our readers for coming along on this crazy adventure with us year after year.