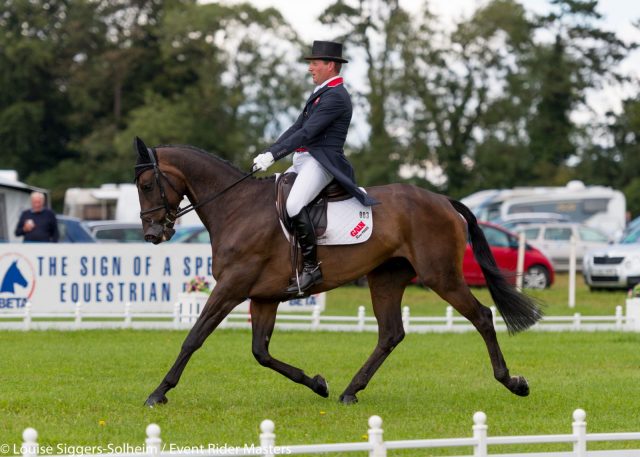 The fifth leg of the Event Rider Masters Series is under way at The Festival of British Eventing at Gatcombe Park, presented by BETA. British rider Oliver Townend is on track to win the ERM CIC3* at Gatcombe for the second time in a row as well as increase his chances to defend his ERM 2016 Champion title.

Oliver was one of two riders to score in the 30s in today’s dressage phase, earning a 38.7 and taking the overnight lead with Note Worthy, a 13-year-old Irish Sport Horse owned by Andrew Cawthray.

“I love riding horses for Mr. Cawthray…and I am delighted for him and the horse today. He is an amazing supporter,” Oliver said. “I am focusing on ERM now the European Championship selection is out of the way, and I am hoping to deliver some big results again in the second half of the series this year.” 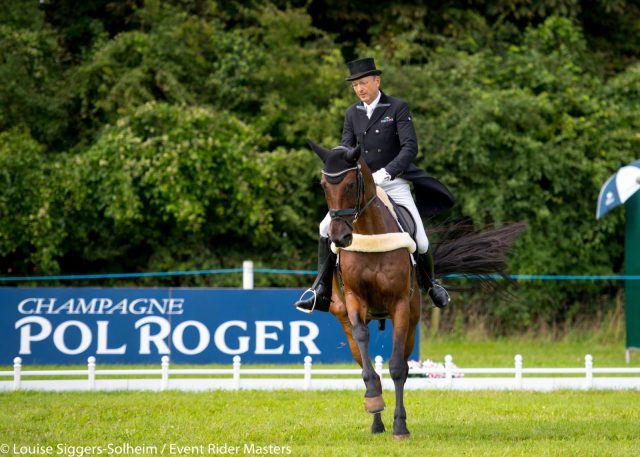 Australia’s Bill Levett and Shannondale Titan were initially given an error during their dressage test that was later removed. He and the 14-year-old Irish Sport Horse owned by Bill along with Clare, Anne and Mike Prentice, are in hot pursuit of Oliver with a second place score of 39.2.

“It’s good to be in the 30’s zone.  I was confident I did not make an error of course and pleased that it has been reversed,” Bill said. “An experienced horse is ideal for the cross country challenge here at Gatcombe and Shannondale Titan is just that, so I am aiming for a strong performance tomorrow.“ 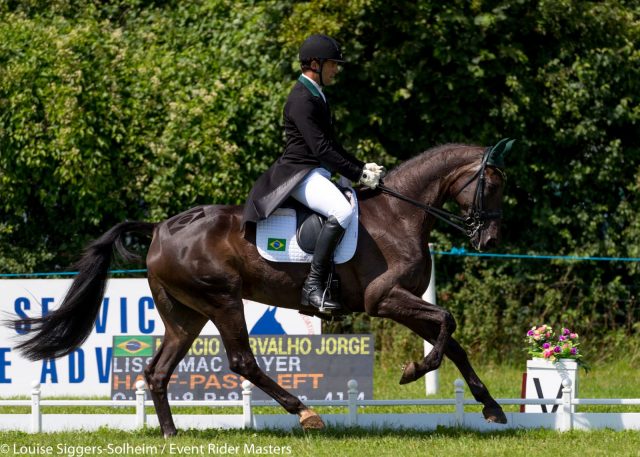 “I am very proud of Lissy Mac Wayer. She was very relaxed. I hoped we could be competitive in the dressage and she delivered,” Marcio said. “I have not ridden at Gatcombe before. I know the cross country is challenging, but we will be going for it tomorrow!”

The show jumping phase was influential at ERM’s Gatcombe leg in 2016, and just one rail separates the top eight riders after the today’s dressage. Who will win a place on the ERM podium and the £50,000 top prize? See full results here.

There are so many ways to watch the Event Rider Masters Series Leg 5 finale at Gatcombe on Sunday. Tune in to Eventridermasters.tv or Facebook Live or YouTube to keep up with the action. Show jumping begins at 5:15 a.m. EST and cross country starts at 10:00 a.m. EST. 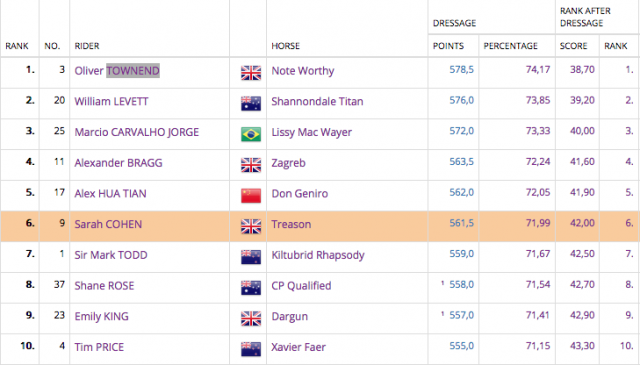