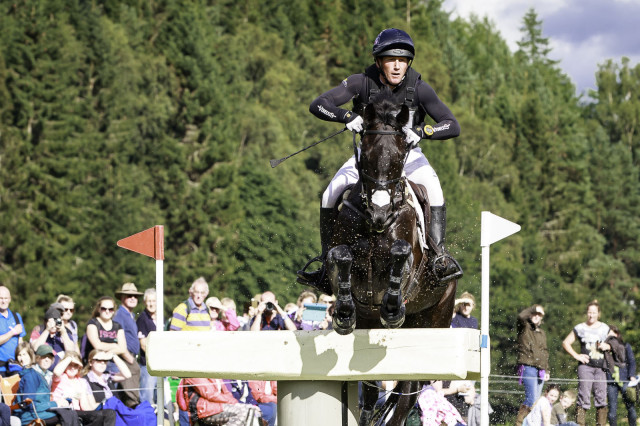 What an exciting conclusion to the inaugural Event Rider Masters Series today at the Blenheim Palace International Horse Trials. Great Britain’s Oliver Townend put his foot down on the cross country to finish only two seconds over the optimum time with Cillnabradden Evo to edge ahead of Jonelle Price and Cloud Dancer in the ERM CIC3* division. An ultimate second place finish gave Oliver enough points on the Event Rider Masters Series leaderboard to win the overall title and the £30,000 prize on 100 total points.

Jonelle (NZL) finished third in the ERM CIC3* division at Blenheim and second on the Series leaderboard with 95 points. Jonelle and Cloud Dancer, owned by the Marley and Me Syndicate, were tied for second after dressage on 41.7, but an unfortunate rail and one second of time in this morning’s show jumping dropped them back to eighth. Although the 9-year-old Dutch gelding is not the fastest horse and still managed to finish just one second over the time with Jonelle’s smart riding, even a double clear round would not have been quite enough to put them ahead of Oliver and Cillnabradden Evo.

Paul Tapner for Australia and Yogi Bear VIII were double clear on cross country, but an eighth place finish in the division wasn’t good enough to add points to their ERM Series result, so they finish third in the series on 93 points. Gemma Tattersall was also in the running for the Series win and a first place finish in the division would have given them the Series title outright, but she unfortunately retired on course with Chico Bella P at fence 16, having had a refusal earlier on at 13, putting her out of contention.

Oliver has had a remarkable go in the inaugural ERM Series, picking up a wins at Gatcombe and Blair Castle and very nearly making it a hat trick at Blenheim, all on the same horse. Cillnabradden Evo is a 10-year-old black stallion owned by Sally-Anne Egginton, and the pair has four FEI victories on their record since partnering in January 2015. At Blenheim they were 11th after dressage on 45.7, were clear this morning in the show jumping and then added only 0.8 penalties on cross country to finish just over 2 penalty points behind Thomas Carlile (FRA) and Upsilon.

Thomas and the Anglo-Arab stallion Upsilon were second after dressage on a 41.7 and a clear round in show jumping this morning moved them into the lead. They could only afford to be 11 seconds over the optimum time on cross country to win the class, and with the riders going out on course in reverse order of standing and Oliver watching the live stream from the podium seating had us all on the edge of our seats for the final round.

Upsilon, owned by Carlile Complet Eventing and Scea de Beliard, is just a wonderful horse to watch jump. He’s very careful, clever and quick off the ground. Thomas said after his ride that the horse doesn’t much like touching brush but other than his coloring (a gray can get very dirty!) “you cannot fault him.” A moment or two on course had the commentators on the ERM live stream catching their breath, but Thomas used all his experience to help the talented 8-year-old get home safe, and they crossed the finish just in time to add 2.4 penalties and secure the win and £16,000 first prize.

Besides a victory at Blenheim, Thomas Carlile and Upsilon were second in the fourth leg of the Series at Gatcombe but Thomas, who finished fifth overall with 71 points, lamented that he didn’t know about the Series sooner. Besides just one event where they did not complete, Upsilon has finished no lower than 5th place since his first CCI* in 2014. Keep that in mind when the Series starts again in 2017!

OVER AND OUT from the @EventRiderMstrs Commentary Box. Thank you all for the support through the Series. pic.twitter.com/eVL7qhY6PE

The Event Rider Masters Series was created to “welcome and entertain new audiences as well as those already engaged with the sport” and “packaged specifically for television, with sophisticated commentary, innovative camera techniques and informed by statistical analysis of the kind used by other televised sports.” This year featured six of Britain’s top events and in 2017 the Series aims to expand to other countries and double the number of competitions included, which would undoubtedly bring in additional riders and further their goal of maintaining an ever-changing leaderboard.

This first year of the Series was certainly an exciting one for all of us here at EN and we’ve truly enjoyed following along. You can review all our coverage of the series at this link and be sure we look forward to the 2017 edition and hopefully a leg added in the United States soon as well! Congratulations to all the individuals behind the Event Rider Masters Series who made the inaugural year such a resounding success and to the riders who participated not only as competitors but as key figures and promoters of the sport. 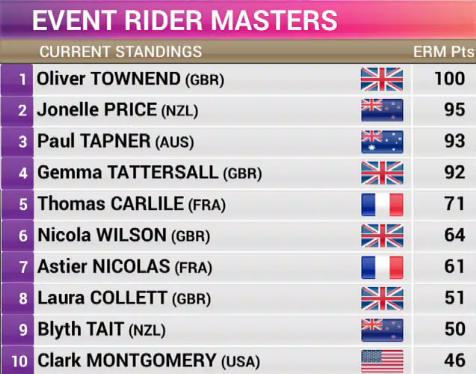