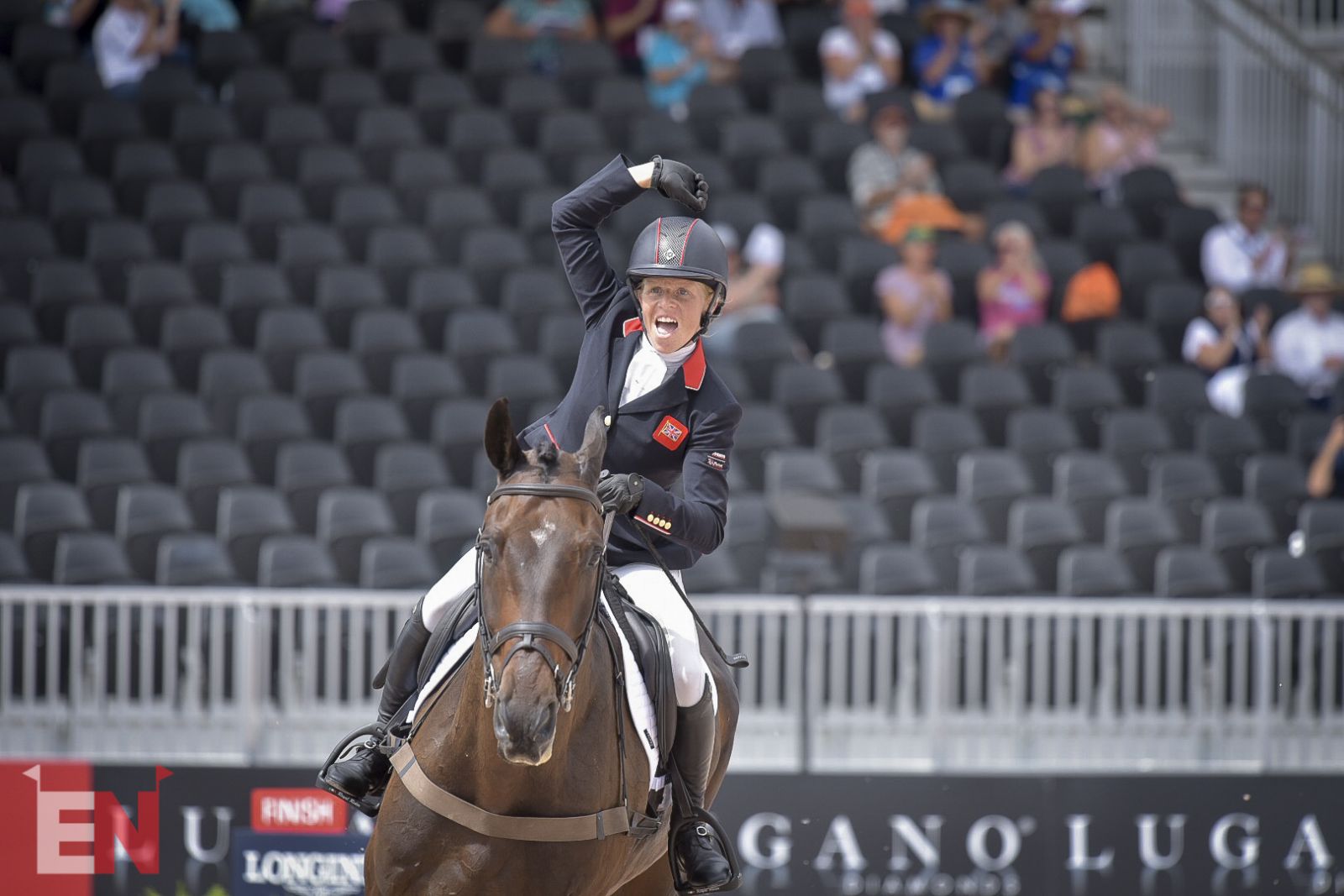 Today British Equestrian announced a change to its traveling roster for the Tokyo Olympics, just as the bulk of the event horses are beginning their respective journeys to the final destination in Japan. Piggy March and Brookfield Inocent, who had been tapped as traveling reserve pair for the British squad, will now be replaced by 2018 World Equestrian Games champion Ros Canter and her longtime partner, Allstar B (Ephebe For Ever x Erkstein).

After careful consideration and full collaboration between Performance Director Richard Waygood and the owners of Brookfield Inocent, Alison Swinburn, and John and Chloe Perry, it has been decided that ‘Arthur’ will not travel to Tokyo for the Olympic Games. This decision has been made with the understanding and support of their rider, Piggy March.

Alison Swinburn, on behalf of the owners, said: “The chance to represent your country on the Olympic stage is the pinnacle of every owner’s ambition but, taking everything into account, we have to put those dreams on hold for now. We wish the best of luck to the team in Tokyo, and they’ll have no bigger supporters as we all cheer them on.”

Richard Waygood added: “Tokyo will be a Games like no other and I’m grateful to Piggy and her owners, Alison, John and Chloe, for their openness and consideration around what was an extremely tough decision. We hope to see Piggy and Arthur in British team colours in the future.”

This brings into the squad the reigning World Champions, Ros Canter and Allstar B, owned by Ros and Caroline Moore, as travelling reserves.