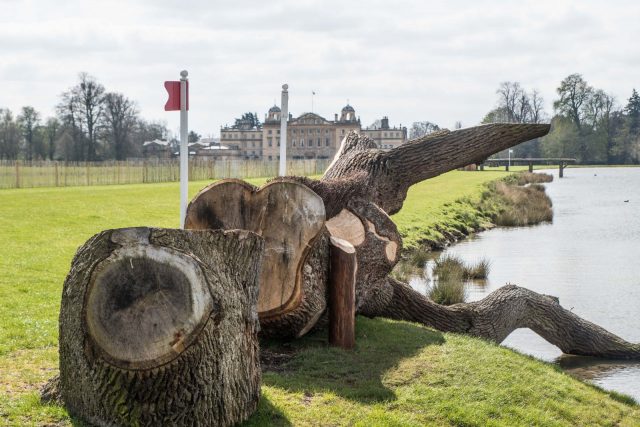 Three weeks ago, I was just days away from my first event of 2020. Relentless rainfall had meant that I’d had to plan a swift reroute after the cancellation of my intended run, and with my preparation as complete as it was likely to get, I took my mare for an evening hack.

I’m extraordinarily lucky for a variety of reasons, not least that I get to do a job I wholeheartedly love and live in the heart of a bustling event yard, too. But sometimes I think my greatest stroke of luck is the sunsets we enjoy here at home: if I could bottle them and sell them as a balm for the soul, I would. They’ve kept me sane in the stillest of moments, when the off-season is in its eleventh hour and I’m itching to get back on the road, either to leave a start box myself or to cover the sport as hundreds of others do just that. That evening, I began to write a piece in my head as I rode under a fuchsia sky, lamenting the way the off-season makes me feel, rejoicing in the fact that I’d soon be able to find the crux of myself and put it all back together again on the road. I never got around to sitting down and writing the piece, and maybe that’s for the best.

I have known, quietly and fatalistically, the inevitability of Badminton’s cancellation. But that doesn’t mean that it didn’t hurt when it was announced. Badminton is imbibed with its own magic; to be there in any capacity is to feel that you’ve scaled the Mount Olympus of equestrian sport and landed in the clouds. It’s like travelling into the past and teetering on the cusp of the future, all at once. It’s collaborative, it’s communal, and it brings out the best of us all. Something about the place always taps into some endless hyper-productive creativity within me, and all around me, my colleagues in the media centre are also working full-tilt, producing their best work. In the busy weeks after Badminton, I always revel in finding a quiet moment to enjoy catching up with their output and reminding myself what an extraordinary force the little world of equestrian media can be.

I won’t get that this year. None of us will. The media centre won’t stand empty; it simply won’t stand at all, and Badminton will remain a sprawling expanse of empty parkland, an endless stream of birdsong replacing the echo of tannoys and the thrum of a hundred thousand people. I won’t get to catch up with my dear friends from far-flung places, who I haven’t seen all winter but with whom I would have enjoyed the unimpeachable understanding of true camaraderie. We would have laughed almost more than we’d worked, though god knows we’d have worked a lot, and for a week, we’d have been family. I won’t get to feel that sting behind my eyes when a friend leaves the start box, and again when they return, triumphant or defeated. I won’t get to feel a part of something much bigger than myself, in which we are all essential in our own funny little ways. I won’t get to replenish that part of myself that ebbs away in the off-season. I will mourn this for a long time yet.

But as each day passes and the year dissolves away from us, there’s something rather like hope growing inside me.

I caught up with a fellow journalist the other day; someone who I’d always admired enormously and who is now a great friend, though the admiration is no less for it.

“Really, though, journalists thrive in a crisis,” she told me conspiratorially, and I agreed – it’s not that we want things to go wrong; of course we don’t, and beyond the obvious reasons, our livelihoods have also been impacted in ways we won’t know the scale of for a long time to come. But operating in a crisis brings out the best of us all in the same way that working at an event like Badminton does. It’s bigger than us, and we can either let it overwhelm us, or we can double down, let a kind of ferocious creativity take over, and we can find new ways to make it work. And so far? That’s what I’ve been seeing all around me.

My phone keeps ringing, the names of fellow media louts flashing up on the screen. Each conversation begins in the same way: “How are you doing? No, really, how are you doing?” And then we always discover that we each harbour this same little flicker of hope, one that we’re still testing out, one that we’re not sure is acceptable to voice quite yet. We share bold new ideas, tentative at first – “I’ve had this thought, and I don’t know if I…” Yes, I say, yes, do it – and then the conversation inevitably turns to the next question, one that has fired the flames, one that continues to come up on both sides of the divide: “How can I help? Can we work together to get this into the world?” The tempo quickens; we let ourselves get excited, finally. We sign off, and the hope has become something more tangible.

So we won’t have a Kentucky this year, nor will we have a Badminton. Perhaps we won’t have an Aachen, or a Luhmühlen, and perhaps even the Olympic dream is beyond our grasp now. But maybe this is our Badminton. Maybe the – initially bumpy – chasing of a new sort of hope is our Savills Staircase; perhaps learning how to adapt and create something new, something exciting is our Vicarage Vee. And, as we’ve all said ad infinitum over the past few days, when this all trundles to a close and we find ourselves swarming to the first event post-coronavirus – even if it’s a 90cm class in rural Poland – we’ll be an even stronger community, sharing the unique qualities we all bring, and ready to propel our beloved sport into its next evolution. That’ll be our finish line, the starry-eyed adrenaline overload, a moment of disbelief followed by the application of metaphorical ice to what ails us and, of course, an awful lot of drinks.

Every year, I leave Badminton convinced that this year has been the best one yet. In retrospect, I’ve never yet been wrong. We may not get to better our previous efforts this year, but next? For that, I live in hope. And, quietly and not so fatalistically, I’m beginning to embrace the rush of excitement about the prospect of seeing what we’ve all created by then. It’s a course we’re designing as we go, and I’m glad to have you all along for the ride.