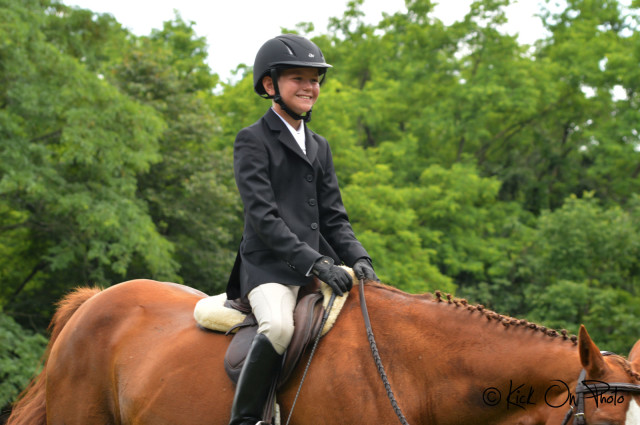 There’s something special about seeing a driven and talented kid who is just starting out in the sport of eventing. There’s something even more special when you meet a pair of siblings who are each fiercely dedicated to their sport of choice — it’s a feeling that makes you sit up and pay attention and think, “I should probably remember these names for the future.”

That’s what happened when I met Ben and Bridget Noonan while competing my young horse at Heritage Park in Olathe, Ks. this fall. I had seen this duo earlier in the year during a photography job and was impressed by what seemed to be great attitudes and a willingness to learn.

But then I asked Ben, 11, how he thought his Starter cross country course rode while we were waiting in the warm-up for show jumping. He immediately launched into a Boyd Martin-esque analysis of his course, telling me how his horse — whom he had just gotten the month before — handled each question and what he thought he could improve on going forward. I was blown away by his educated answer so much that I could only respond with, “Yeah, me too.”

Ben’s sister, Bridget, is the same way. At 15, she’s also started her eventing career on an Appendix Quarter Horse named I Did It Ina Minute (“Mikey”), a saintly horse who is a jack of all trades and a perfect educator for a young rider. Bridget is as poised and well spoken as her younger brother, and the impression these two kids left stayed with me as I thought about the up and coming generation of the sport and what it takes to truly become a student of eventing.

The Noonan siblings have had the privilege of growing up on a hunter/jumper farm, Noonan Farms, in Chesterfield, Mo. This has afforded them the opportunity of learning to ride anything and everything that comes their way, and they’ve worked hard to produce the horses chosen to take them into the eventing world. 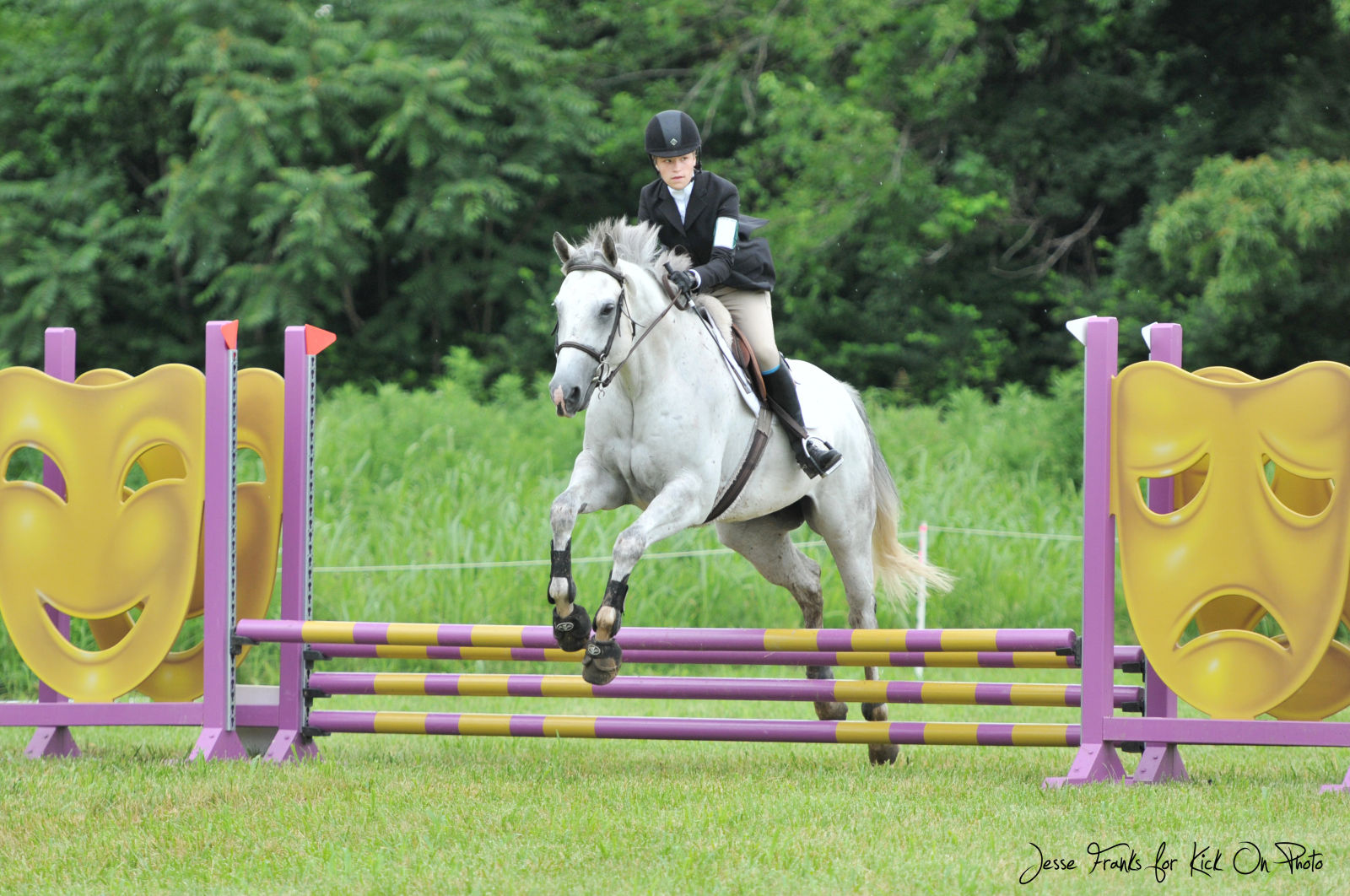 Bridget Noonan and I Did It Ina Minute at Queeny Park. Photo by Kick On Photo.

Training with Ellen Sadler at Capitol Farms, these kids know the meaning of hard work and the importance of humility in a sport that’s quick to remind you of just how lowly you are. They got their start with eventing just a few years ago, wanting to combine a love of dressage with the exciting addition of jumping.

“When we first started, Ben loved dressage,” Bridget recalled. “We’d be in the arena, and Ben would be running around doing half-passes and pirouettes on foot. He was really fascinated by it. We wanted to combine the love of dressage with jumping.”

“I actually was terrified of jumping at first,” Ben said. “We went to a cross country schooling at Queeny Park with Camie Stockhausen, and both of our horses were bucking and running off. We called it the second running of the Kentucky Derby, but we kept getting back on. That’s when Ellen (Sadler) walked over to my dad and asked if she could train us.”

Ben and Bridget began trailering over to Ellen’s farm for lessons and quickly learned to love eventing, traveling to a few events to compete at Starter level and getting their sea legs out on cross country. Eventually, Ellen found a new horse for Ben to continue on after his first pony, Covergirl Angel, showed that cross country was not her favorite phase.

After just a few weeks with the new horse, also an Appendix named Rylee, Ben cruised around Heritage Park to finish in third in the Pre-Beginner Novice division, just ahead of his sister and “Mikey.”

Now, the Noonan kids are making plans for the 2016 season, anticipating a move up with their horses and keeping their goals for the future in mind.

“I have a pony who I’ve been asked to catch ride at the A shows this winter,” Ben said. “So I’m lucky to have that opportunity. I really want to move up to Beginner Novice next year — I’ve been doing starter for a year and a half now and would like to be able to move out of that.” 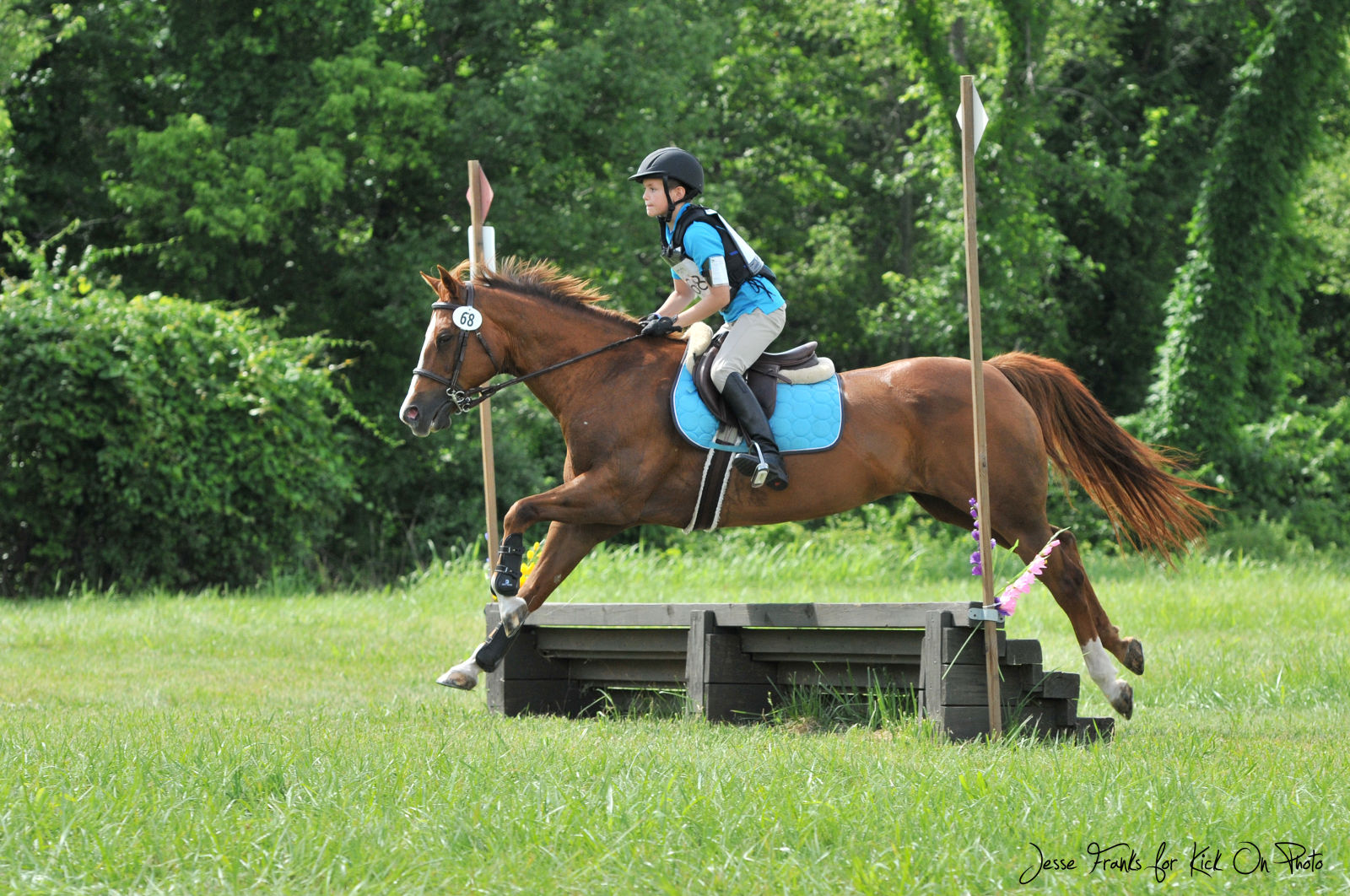 Ben and Covergirl Angel at Queeny Park. Photo by Kick On Photo.

“Mikey will work on dressage all winter,” Bridget said. “We want to be able to finish up at Novice by the end of next season. We’ve also started looking at OTTBs to train — Ben and I want to eventually compete on horses we have trained, like Meghan O’Donoghue.”

What about the concept of “sibling rivalry”? Does this exist with such a close knit pair?

Ben laughs when I ask him this and says there is a lot of rivalry, but that it’s different. “It’s more telling people how good the other one is,” he said. “We always push each other and critique each other so much that we almost can’t be in the same arena.”

“Ben always beats me in the dressage,” Bridget said ruefully. “So that’s where the rivalry is. I will be working on dressage for two months before a show and Ben will be doing it two weeks before and he’ll still beat me.”

At the end of the day, though, it’s not about who comes out on top — a lesson Ellen has firmly instilled in Ben and Bridget. “One of the biggest lessons we’ve learned from Ellen is that winning isn’t everything,” Bridget said. “The point of it is to really appreciate your horse.”

“It’s more about the experience than winning,” Ben added. “Ellen teaches you to be patient with your horse and that practice makes perfect. She will spend the whole day with you, walking courses multiple times, and all she asks for is a ‘thank you’ at the end.” 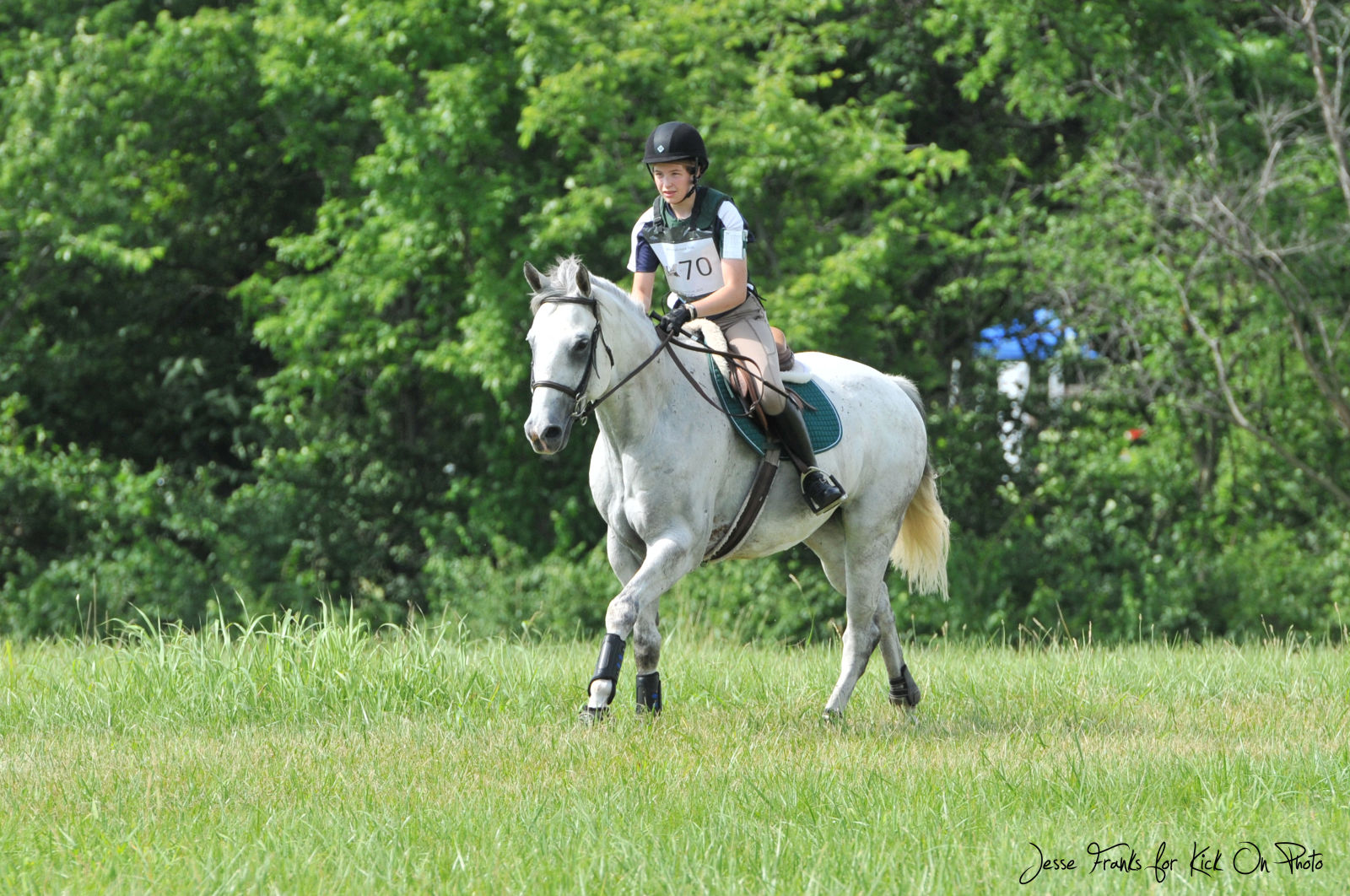 Bridget and Mikey having a blast at Queeny Park. Photo by Kick On Photo.

And, as with any aspiring eventer, there are always role models to emulate.

“I really like Michael Jung,” Ben said (smart kid). “Also, when I was eight, I was watching videos of Rolex, not even knowing that this was the top level of the sport or who anyone was, and I saw William Fox-Pitt and I thought, ‘Oh, I want to look like him.’ And then I found out who he was!”

Bridget seconded the William Fox-Pitt notion and also named Area IV amateur Jana Lyle as a role model. “She helped us with our dressage at Dunnabeck and she was just amazing,” she said. “The way she takes care of her horse and how she still smiles no matter what her result is — it’s really inspiring.”

Both siblings have big plans, each wanting to eventually compete at Rolex but aware of the road that lies ahead of them. In a conversation with Ben and Bridget, though, you find it easy to picture them, a few years older, representing hard work and dedication in the Rolex Arena in Kentucky.

When it comes down to it, it is kids like these who are the grassroots of the sport and the lifeline of eventing. These kids, who hang posters on their walls of William Fox-Pitt and Michael Jung, who model themselves after those who came before them. These kids, who get up each day with a goal in mind and a plan to achieve that goal. These kids, who remind us all of where we came from and how infinitely possible everything can be when you’re willing to work.

Kick on, Noonan kids. We’ll all be cheering for you.