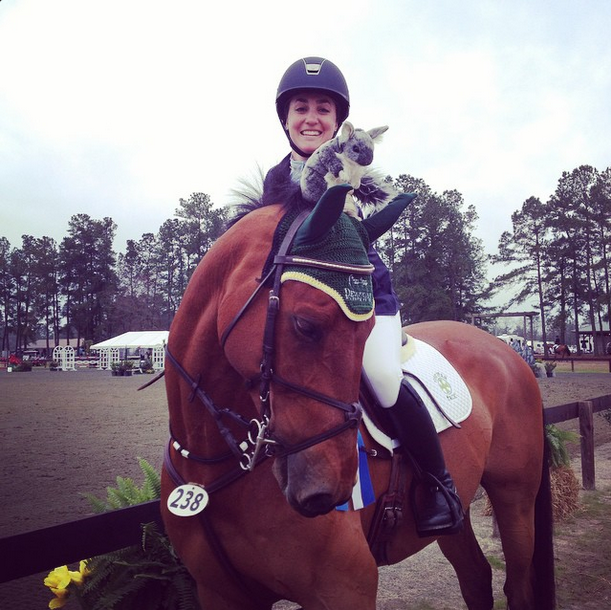 We’ve said it time and again, EN Karma is real. So we’re delighted to report that one of EN’s very own writers won an Intermediate division at the Cloud 11 ~ Gavilan North Carolina International in Raeford, North Carolina.

Kate Samuels and her 14-year-old Selle Francais gelding Nyls Du Terroir started the competition in fifth place on a dressage score of 32.1. Finishing a clear cross-country round yesterday with one of the division’s fastest times moved them into the lead in Intermediate A.

“Overall I’m really pleased with how Nyls went this weekend,” Kate said. “I didn’t go south this year, and considering two weeks ago I was doing trot sets in a foot of snow, he came out of the winter guns blazing.” 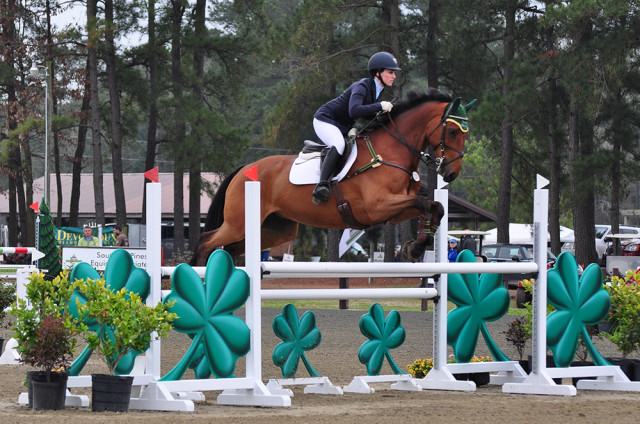 Nyls is extremely athletic and quick off the ground. Before entering the ring Kate joked had run out of sticky spray and just hoped to stay on. They had a couple rails in hand, which was fortunate when Nyls took offense to a rainbow vertical and refused. They finished with four faults and two time to add to their score.

“He’s a really spooky horse and can be a little unpredictable at the first show of the season, but I had one of our best cross-country rides together ever, and that alone was delightful. The Carolina International is my favorite spring event and to win a division this year was just icing on the cake.”

This will be Kate and Nyls’ fifth year at the Advanced level. The plan is to go Advanced at The Fork and tackle the three-stars at Jersey Fresh and Great Meadow. 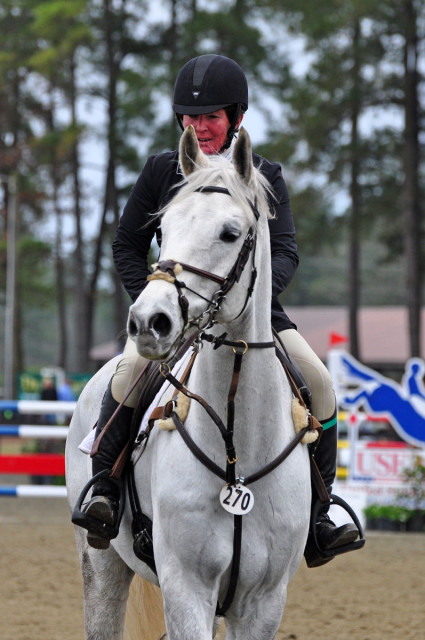 “Taz”, a 12-year-old Westphalian gelding owned by the Ideal Contini Syndicate, is on a winning streak. He won his first event of the season at Pine Top last month and has finished in the top three in his last ten completions.

They were sixth after dressage but a fast cross-country round yesterday moved them into the lead, a position they maintained with one of the few double-clear show jumping rounds.

“I wasn’t actually trying to go that fast on him [on cross country], but he just had a good rhythm leaving the box and I just kept with it and he felt great all the way around. I’m just excited at how he’s come out this spring,” Sally said.

Next up for this horse is The Fork followed by Jersey Fresh in May. 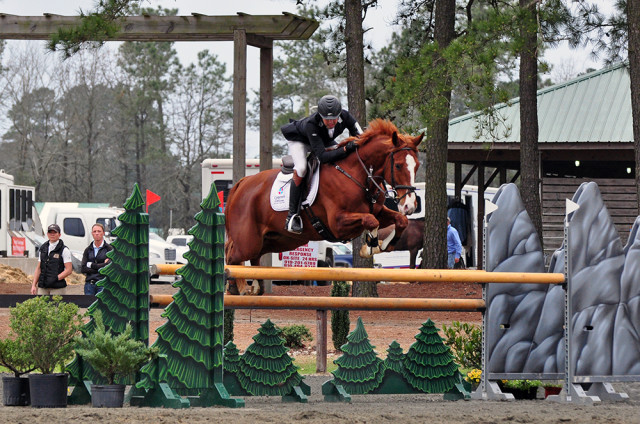 The Intermediate Rider division was won by Shawn Ferguson and Cruising Guy, a 7-year-old Irish Sport Horse. The pair finished sixth at the Pine Top CIC1* and moved up to Intermediate at Full Gallop earlier this month, where they finished fourth.

Kelsey Briggs and The Gentleman Pirate continue their remarkable comeback tour, finishing second this weekend in Intermediate Rider, moving up from sixth with a fast cross-country round yesterday.

The Advanced divisions are underway in the show jumping now. We’ll be back with a full report to wrap up the weekend shortly. 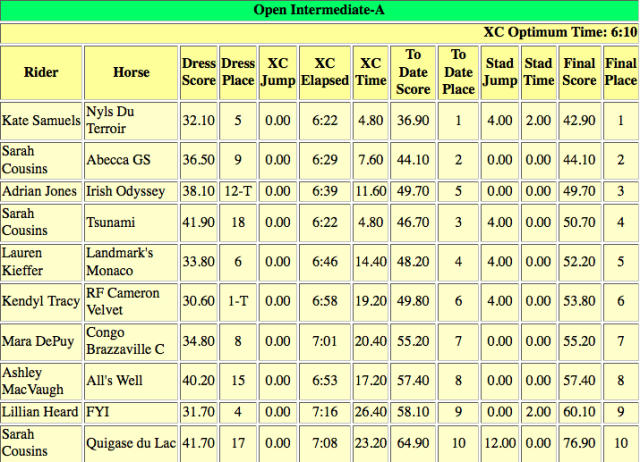 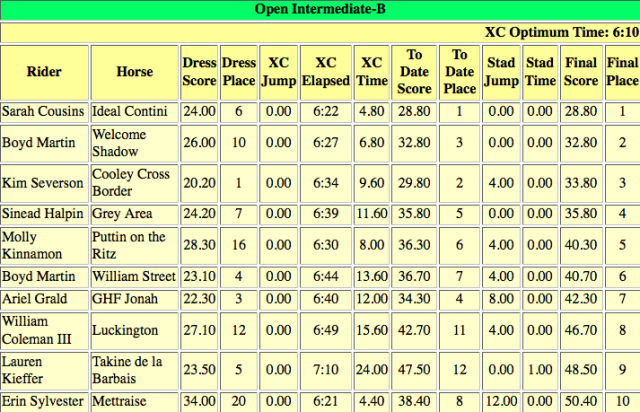 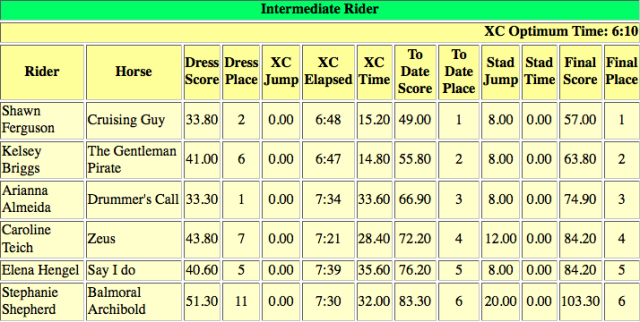