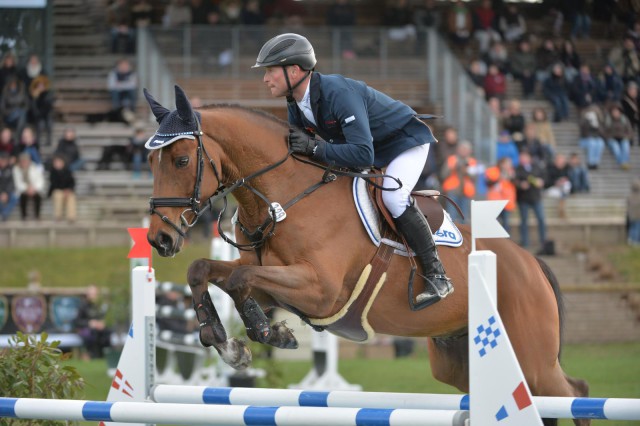 Michael Jung and La Biosthetique Sam put the cherry on top of a triumphant weekend at Fontainebleau today, jumping clear with one time penalty in the show jumping to win on a cumulative score of 42.7. As we remarked earlier this weekend, this was Sam’s return to FEI competition after being withdrawn from the German WEG squad last year due to a minor hoof injury. It’s been said that Michael is aiming for Kentucky with both Sam and fischerRocana FST, who finished seventh with four penalties added today.

Australia’s Chris Burton and TS Jamaimo moved up to fifth place on the weekend with a double clear round, the highest placed Aussie pair. Izzy Taylor and KBIS Briarlands Matilda finished in sixth place after lowering one rail for a total score of 51.6. 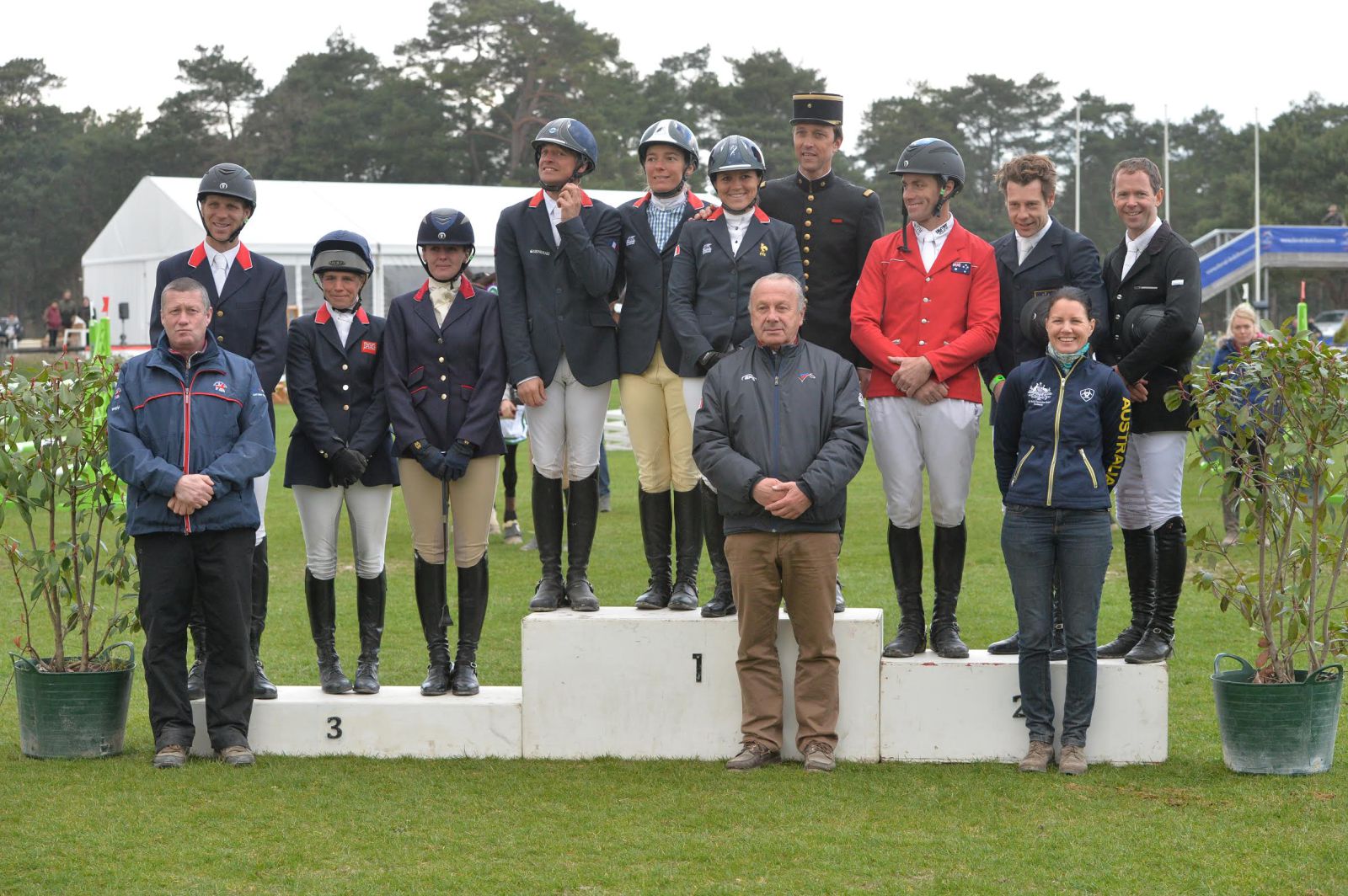 Another pair rumored to be heading for Kentucky next month, Germany’s Andreas Dibowski and FRH Butts Avedon, finished their weekend in eighth place overall after a double clear effort today.

Crown Talisman capped off a successful first FEI start with Nick Gauntlett by moving up two spots to finish in 16th overall with one rail down today. Tali ended his weekend on a total score of 65.8.

The next leg of the FEI Nations Cup will be held at Ballendenisk in Ireland April 24-26.