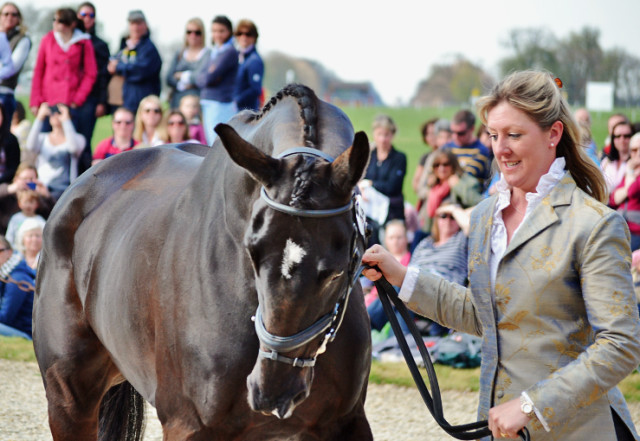 Nicola Wilson announced earlier this year that she and Opposition Buzz’s owner and breeder Rosemary Search had decided to retire the 17-year-old British eventing legend from four-stars, and “Dodi” competed in the last event of his career this past weekend at Allerton Park.

Reports on social media painted an emotional picture of the horse’s last cross-country run, with the crowd cheering Nicola and Dodi the entire way around the course. He finished 2nd in the final Advanced run of his career.

@BEventing @TrakehnersUK here’s a chance to see Opposition Buzz doing what he did best, at Allerton Park last Sunday. pic.twitter.com/Vszgltd2wQ

Dodi’s record is one for the history books. He completed 11 CCI4* events during his career, including trips to the World Equestrian Games and Olympic Games. He finished 16th in his first four-star at Badminton in 2007 and went on to complete the event four more times, with his best finish of 7th coming in 2008.

He also completed Burghley three times, finishing 5th in 2008. American fans will remember his trip to Rolex in 2009, where he finished in 11th place. Dodi also returned to U.S. soil in 2010, where he represented Great Britain in the 2010 World Equestrian Games. He also competed on the silver medal British team at the 2012 London Olympics.

We wish Dodi the very best of retirements and have to send a special thank you to Rosemary for sharing him with us for all these years, as well as to Nicola for understanding the horse’s quirks and showing us what it truly means to build a partnership with a horse.

You are one in a million, Dodi. Happy retirement.