Just like a Thoroughbred coming off the track, sometimes a little downtime can be very beneficial! OTTB Wishlist has been on hiatus — just hanging out in the paddock on holiday, if you will — for the first quarter of the year, but now it’s time to leg back up and get back to work.

As usual, we’re spotlighting three off-the-track Thoroughbreds that are available for adoption at various aftercare organizations across the country with the hopes that someone out there in Eventing Nation will find their match. Meet this week’s featured horses: 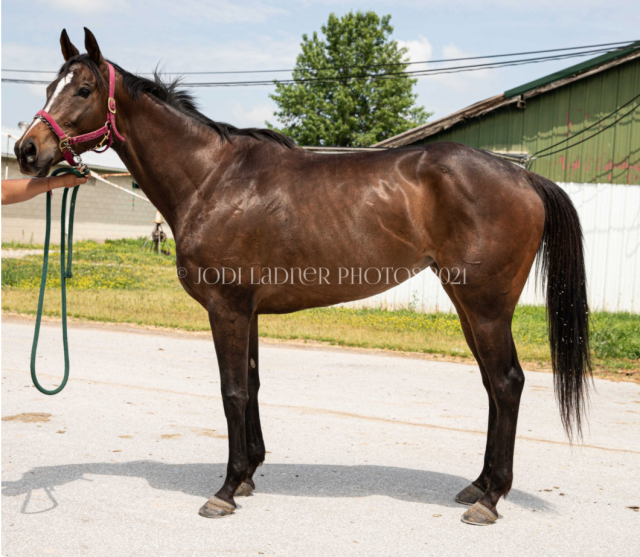 Everyone could use a little good karma and this kind come is the form of a pretty bay mare! After a race career consisting of 10 starts and zero podium placings, it’s time for Karma Reigns to move on to a new situation. She seems to be a sensible girl and has no noted vices or soundness issues. 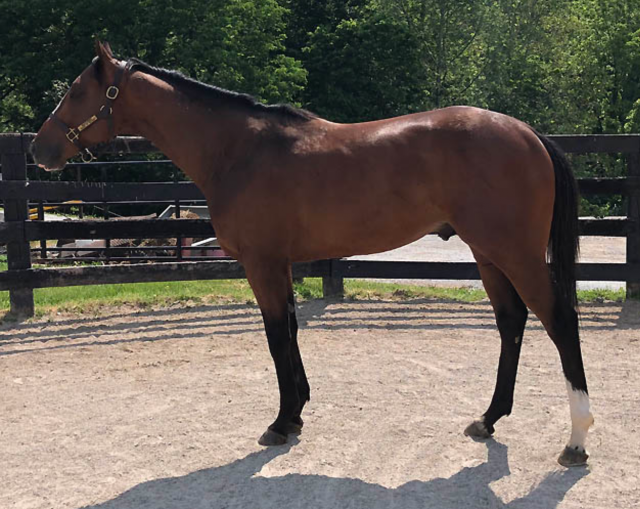 Tall and leggy reminiscent of his namesake, Lonesome Pine looks taller than his 15.3-hands. At just three years old, however, he could actually end up a little taller! Lonesome Pine has a nice floaty way of carrying himself, seen in this video. This youngster is unraced, but has a few published workouts, which makes him eligible for a future Thoroughbred Makeover. While Lonesome Pine has no known soundness issues, he did previously have a laser throat surgery. Don’t let that deter you from taking him on as your next sport horse prospect, as he’s probably breathing better now than he did when he was in race training! 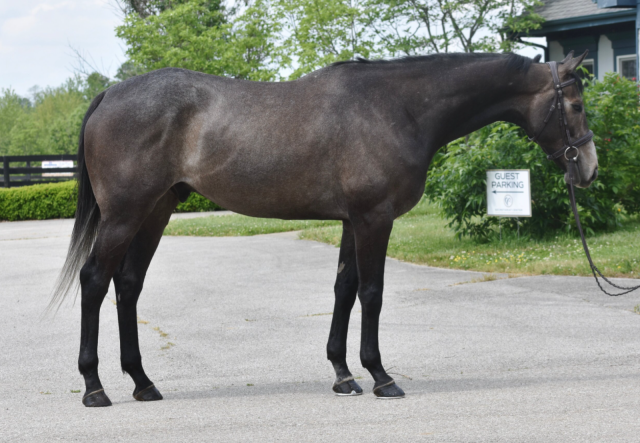 You want a really tall horse? Here’s a really tall horse. Clocking in at almost seventeen hands, Son of Ga Ga is going to catch everybody’s eye wherever he goes. I’d call him tall, dark and handsome, but you know he’s going to grey out eventually! He’ll still be a looker though — especially with that adorable face and floaty trot. “Sonny” is lightly raced with 7 career starts, retired sound, and is ready for a new career.

View Son of Ga Ga on The Secretariat Center.