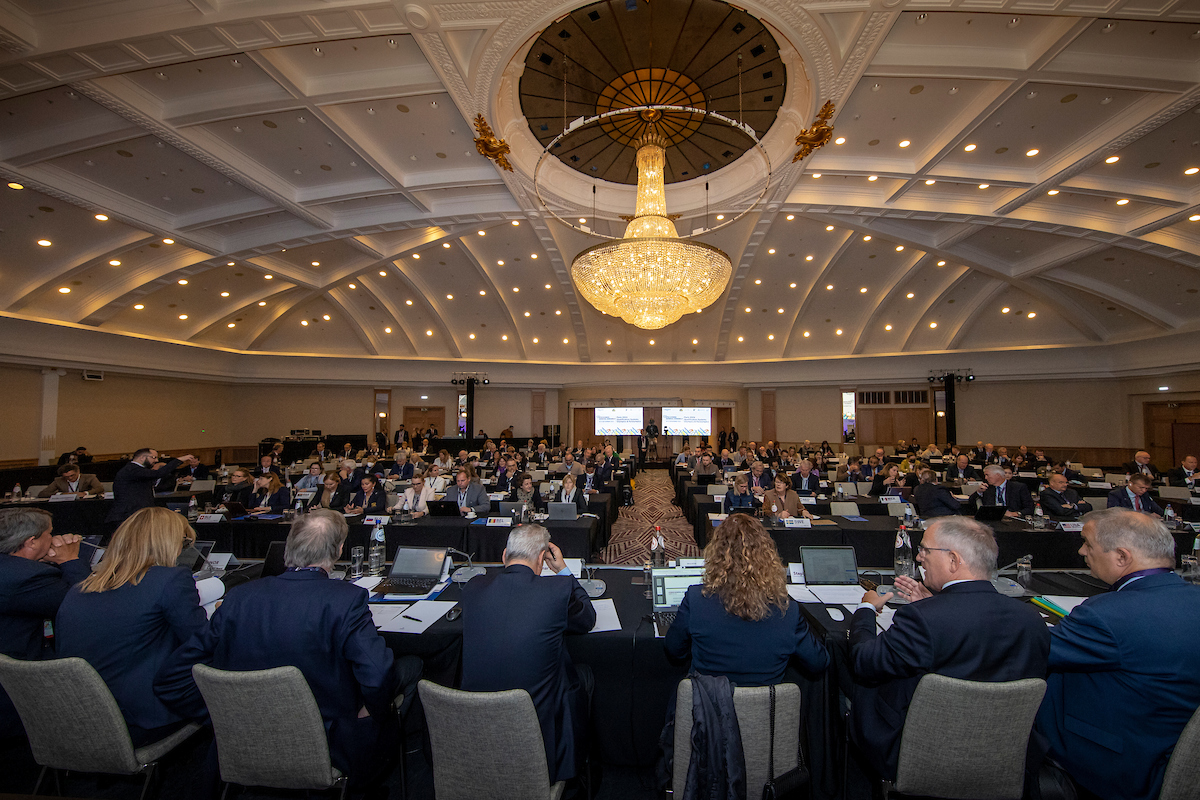 Opening the Session, President Ingmar De Vos provided an overview of the comprehensive consultation process on the Paris 2024 qualification systems, which is still ongoing, and the IOC timelines.

The International Olympic Committee (IOC) has set a December 2021 deadline for all sports to submit their Qualification systems for the Paris 2024 Olympic Games. Due to the postponement of Tokyo 2020, the normal consultation process with the National Federations had to be shortened.

Approval of the Olympic formats will take place at the in-person IOC Executive Board at the beginning of February 2022. The International Paralympic Committee (IPC) will publish the approved qualification systems for all sports, including Para Dressage in early 2022.

The FEI President informed delegates that a comprehensive consultation process on the Olympic Regulations and Minimum Eligibility Requirements (MERs) will begin after the FEI Hybrid General Assembly 2021. The process will include a dedicated session at the FEI Sports Forum in April, the normal consultation process on the documents produced by the Technical Committees and further discussion at the General Assembly 2022 Rules Session prior to voting.

The MERs, which will be reviewed, will be an important element of the Rules Revision. Para Dressage MERs are already included in the Qualification Systems as the qualification period starts on 1 January 2022.

Also under discussion will be field-of-play decisions, the allocation of regional qualifying events and redistribution of unused quota places. The FEI President underscored that the proposed formats with teams of three, if approved by the General Assembly, will only apply to the Olympic and Paralympic Games, and not FEI Championships, Games or Finals.

When the President opened the meeting to points from the floor, the European Equestrian Federation (EEF) representatives presented a last-minute EEF proposal on alternative qualification pathways, based on both teams of four and teams of three.

The proposal called for more emphasis on World Championships and the FEI Nations Cup™ Series as qualification pathways across the three disciplines, rather than Regional Championships.

FEI Secretary General Sabrina Ibáñez raised concerns that the proposal does not meet the IOC’s Olympic Qualification system principles, which include providing more than one opportunity for athletes/teams to qualify, fair and equal opportunities to qualify which do not necessitate expensive or extensive travel, and ensuring continental representation.

FEI Regional Group VIII Chair Jack Huang (TPE) stated that lack of preparation in the lead-up to the Games due to lockdowns around the world during the global Covid-19 pandemic could explain some less than optimal performances, but this would be eliminated by strengthening of the MERs for Paris 2024.

United States Equestrian Federation (USEF) Director of Sport Will Connell called for longer term thinking on the Olympic formats that goes beyond Paris 2024, to include Los Angeles 2028 and Brisbane 2032. “We need to play the long game,” he said.

The FEI President agreed that, as the Olympic Regulations for Paris 2024 would be included in the FEI Sport Forum next year, qualification systems and formats for Los Angeles 2028 should feature in the 2023 FEI Sports forum.

Delegates, both in-person and online, were given the opportunity to speak. Interventions from the floor came from the Russian Federation, Germany, Saudi Arabia, Eurasian Federation, South Africa, Pan-American Equestrian Confederation (PAEC), Denmark, France, Canada, Cote d’Ivoire. There were also comments received online from the Philippines, Botswana, Hong Kong and Sweden, with the latter three countries expressing their support for a continuation of teams of three at the Olympic Games.

The FEI President confirmed to delegates that there would be a preliminary vote on teams of three or four prior to a vote on the qualification system.

After the discussion on the Olympic Regulations, the Session then moved on to clarifications on the proposed modifications to the FEI Statutes, General and Internal Regulations, Discipline Rules and the FEI Veterinary Regulations. There was also an update on Biosecurity requirements at FEI Events and use of the FEI HorseApp.

All proposed Rules amendments will be voted on at the FEI Hybrid General Assembly on 17 November 2022 and updated on Inside.FEI.org here in due course.

The FEI Hybrid General Assembly commences at 09:00 CET and will be available to watch on livestream here.