Whether or not you have heard of Danny Ward, if you have interest in a horse you have been touched by his work. Danny was a teacher, a mentor and a friend. He had taught many before me and many more since my time at Danny Ward Horse Shoeing School. 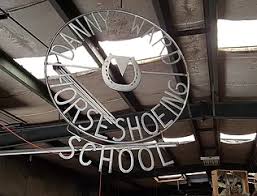 Danny was a giant of a man both figuratively and actually. Standing over 6’6” it was hard to believe that he could get under a horse and still keep him comfortable. He was quiet, kind, caring and gentle. He was a superhero to many of us.

The number of farriers and veterinarians that he has taught over the years are countless. I am blessed to have been one them. 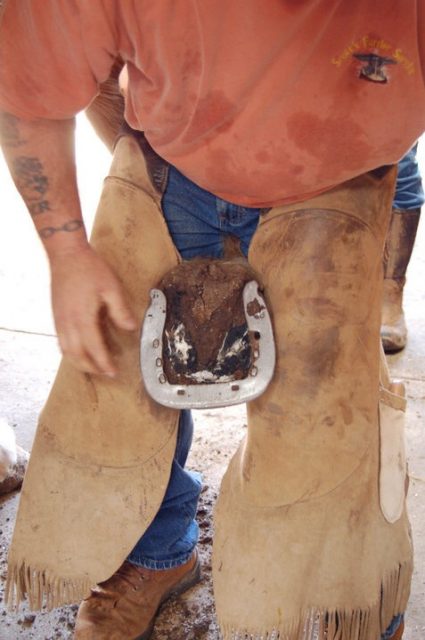 I attended Danny’s school some 15 years ago. I had worked my apprenticeship on a part-time basis for a couple of years and was ready to commit to a fulltime career. I attended the summer session of school with 12 other hopeful farriers.

Danny was straightforward when class started. A morning joke to lighten everyone up then right to sharing his years of knowledge. When you looked around the classroom and the forge room you realized the history that surrounded Danny and his profession.

One memory (good or bad) I have was from about day three of class. We were working in the forge room and Danny was turning an old rasp into a snake. He asked for an assistant to strike for him. I was volunteered. Danny took the glowing rasp out of the forge, placed it across the anvil, and I hit his crosspein hammer with the sledge hammer. Danny chuckled and said, “You have to hit it, not slap it.” 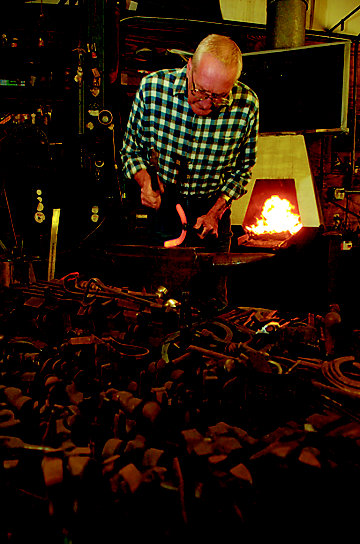 Danny reheated the rasp, placed it atop the anvil, hammer in his right hand. I reached back with the sledge and swung for the stars. A glancing blow off the back side of Danny’s hammer right onto his thumb. He dropped everything doubled over at the waist and began to jump around laughing. It wasn’t until I saw the blood running down his hand that I realized he was not kidding.

The last time I saw Danny he placed his thumbs side by side and said it’s almost back to normal. We laughed, shook hands and picked up right where we left off. A teacher and his student.

Danny was a third generation farrier. He followed in the footsteps of his farther Smokey. He never forgot about his roots. That was represented in everything he did.

Danny hosted an annual homecoming of sorts. Every November hundreds of farriers,vendors and friends converged on Martinsville, Va. There were clinical segments, food, entertainment and camaraderie. All topped off by an exciting auction that always raised large sums of money for different charities. Danny was always giving back.

Danny competed on and coached the American Farriers team in events around the world. I am sure where ever he was he never met a stranger. Whether you were a seasoned veteran, an up and comer, or just a casual observer you were welcomed into his world. 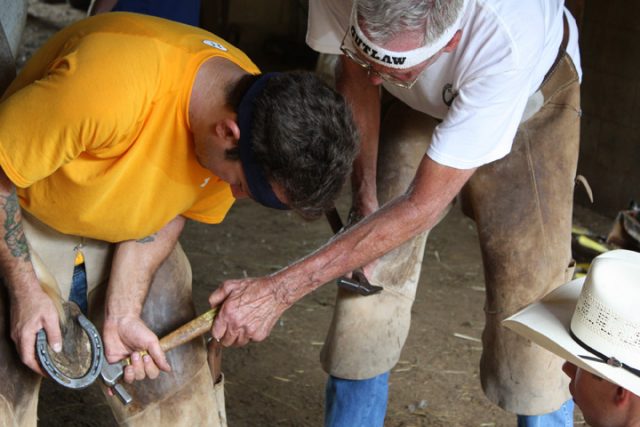 David E. Hoffman/Special to the Register & Bee. Farrier student Renato Zock, from Ellicott City, Md., gets assistance from instructor Danny Ward as the student works on a horses hoof at Shady Knoll Farm.

There are many very good farriers in the world today but few great ones. Now there is one less.

I will always cherish my time spent with Danny. I will be reminded of his teaching every time I pick up the pritchel that I made during my first days at school. He will never be replaced nor can he be duplicated.

Danny Ward is a name that will always be synonymous with teacher, friend, and mentor. Godspeed.