Team Wallace sure knows how to tug at the heartstrings! Here’s another great blog, this time from Patricia Dileo, whose daughter Taylor just did her first CIC* at Red Hills. Taylor, who hopes to qualify for the NAJYRC this year, rides her horse Rebel’s Legacy in honor of her father, who was tragically killed seven years ago. Thanks to Patricia for writing, and thanks for reading. 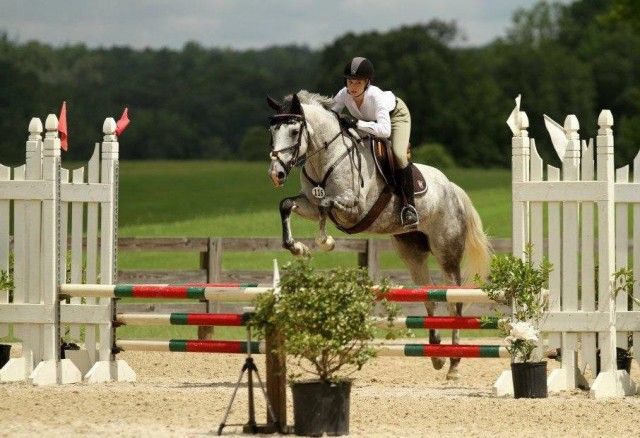 Red Hills International Horse Trials in Tallahassee, Fla., has been a staple in our family since we moved to south Georgia in 1997. Watching accomplished riders sail over imposing jumps was not only thrilling, it was inspiring. They made it look easy, but the occasional spill was a reminder this was not a sport to be taken lightly! Fast forward 16 years, and here is my 17-year-old daughter competing in the CIC* with her little 15.3-hand Appendix mare named Rebel’s Legacy in honor of her father, who passed away in 2007.

Can horses heal a broken heart and make you relish life once again? ABSOLUTELY! Taylor started her life on the back of a Tennessee Walker, running dogs with her father, watching him compete in field trials and scouting for him when he trained. Taylor was blessed to have ridden on some of the most exquisite plantations in the South. If she wasn’t fishing in the Gulf with her father, she was on the back of a horse.

November 2007 changed all that. Taylor’s father and my husband was tragically killed leaving our farm. Life had to be redirected, and horses and riding was the avenue in which to make this happen. So in 2008, Taylor started taking riding lessons from a local instructor and so began her introduction into the hunter/jumper world. She would go to various clinics, learn as much as she could and try to hone her riding skills. Most of the work had to be done on our farm, with countless hours of her riding and me sitting in the chair watching, since driving an hour to Tallahassee for lessons was very time consuming. 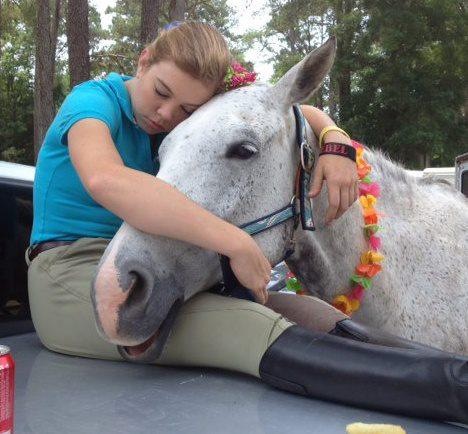 We first met Rick Wallace at a local barn were Taylor was taking lessons for the IEA team. He looked very polished, refined and professional, so I went over and started talking to him. Shortly after we met, we found out Rick was giving a clinic on cross country. Taylor attended the clinic and became intrigued with the sport of eventing.

So in February 2012, Taylor started riding under Rick Wallace and finally found her niche in the area of eventing! It’s been an incredible adventure, and eventers are a wonderful group of people. Taylor’s goal when she started was to compete at Red Hills.

With Rick, she developed a plan. And now, a year and a half after starting in Beginner Novice, she was able to qualify and compete in the CIC* and finished clear on her cross country on a brand new course! To say I am proud of my daughter and all her accomplishments is an understatement. She is a beautiful soul, straight-A student, accomplished rider, and God knew what he was doing when he let me be her mother!