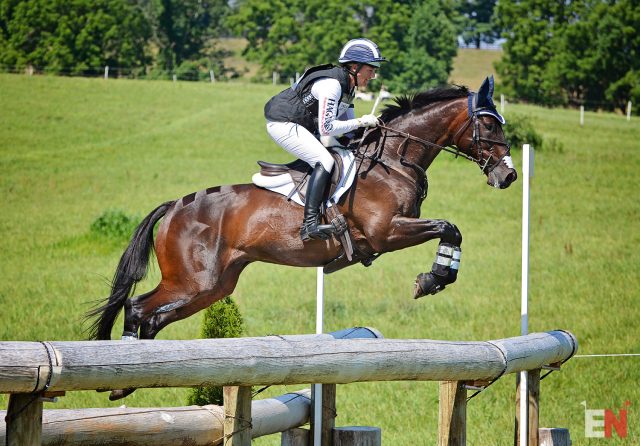 Allie Knowles and Sound Prospect are one of three American combinations entered at Pau. Photo by Jenni Autry.

Hot off the presses! Les Etoiles de Pau CCI4* just released the entry list for this year’s event, which will take place Oct. 25-29 in Pau, France. We have three American combinations and one Canadian combination entered.

Boyd Martin will return with Lucy Boynton Lie’s Crackerjack, who sat in sixth place after cross country last year at Pau but was not accepted at the final horse inspection. They won Stable View Advanced as their final prep run for Pau.

Buck Davidson is competing Carl and Cassie Segal and Sherrie Martin’s Copper Beach, who is hot off a win in the Plantation Field CIC3*. They ran a combined test at Morven Park as their final prep run before heading to France.

Allie Knowles will make her overseas debut with Sound Prospect LLC’s Sound Prospect. They most recently won the Advanced at Morven Park and also finished ninth at Richland Park CIC3* earlier in the summer.

Hawley Bennett-Awad will represent Canada aboard her own Jollybo, coming off a 14th placed finish in the Adequan USEA Gold Cup Final at the American Eventing Championships.

We also will be following along with American-based Kiwi Joe Meyer, who is riding Theresa and Madison Foote’s Clip Clop. They also competed in the packed Advanced division at Stable View, finishing 13th.

There are 58 total combinations entered at Pau. Interestingly, no German riders are entered to compete this year. France brings forward a strong contingent at their home CCI4*, with past winners Maxime Livio and Astier Nicolas both entered. Click here to view the full entry list.